The bestselling author of several adult books on Christianity, Held Evans had sketched out, to varying degrees of completion, four outlines and drafts of children’s books.

Then, in May 2019, the beloved author, wife and mother died suddenly and unexpectedly at age 37 after a brief illness.

Now, two years after her death and a week after what would have been her 40th birthday, her first children’s book is finally on bookshelves, completed with the help of friend and bestselling children’s book author Matthew Paul Turner. 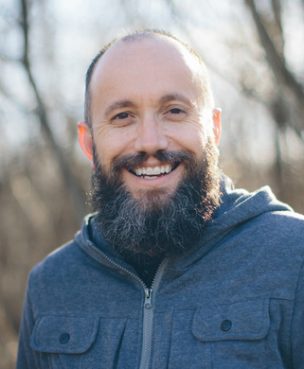 “What Is God Like?” — a picture book aimed at ages 3 to 7, full of colorful, whimsical illustrations by Ying Hui Tan — was released Tuesday (June 15) by Convergent Books.

“Rachel was so good at taking things from the academic realm and writing it in language that I could understand and that peers could understand. Doing that for children was a natural next step,” said Daniel Jonce Evans, Held Evans’ husband.

“Rachel wrote the children’s book that she wanted to pick up off the shelf,” he told Religion News Service.

Turner said he first heard Held Evans was working on children’s books while sitting at her hospital bedside with Jonce Evans. He imagined what a gift it would be to share her words with his own three children.

He never imagined he’d be asked to help complete them. He questioned whether, as a white man, he was the best person for the job when Held Evans was so committed to lifting up underrepresented voices. He sought the blessing of Jonce Evans, as well as a number of Held Evans’ friends.

Then, he said, he tried “to stay out of the way as much as I could. I wanted Rachel to shine.”

“It was a scary thing but such a powerful thing to be selected to bring this story across the finishing line,” he added.

In the end, Turner said, working on “What Is God Like?” was a healing experience for him in the midst of a difficult time after losing his friend and coming out as gay. There were moments, he said, it was almost a spiritual experience — “moments when, I swear, I felt like I was channeling her.”

“I even remember speaking out loud once, like, ‘Rachel, how do you want me to say this?’ because I wanted to be so careful with her words,” he said. In many ways, writing a book for children was an obvious move for Held Evans. Her books had always grown out of her own experiences — “A Year of Biblical Womanhood” from her marriage and exploration of what the Bible has to say about the role of women or “Searching for Sunday” from her experience leaving evangelicalism and finding the sacraments — and, as a mom to two young children, she was reading a lot of children’s books.

Held Evans’ draft of “What Is God Like?” was well-outlined when he received it, Turner said, full of both childlike wonder and real theology.

Take, for instance, Held Evans’ use of different pronouns for God and the images of God she drew from Scripture: God as a mother, God as a father, even God as a rainbow, “vivid and full of color, a dazzling reminder of promise and hope for all people after a storm” (that’s in Ezekiel, he explained in a recent tweet).

She also described God as like “three dancers, graceful and precise” — a picture of the Trinity that Jonce Evans, who wrote the forward to the book, said goes back to a theological idea expressed by the early church fathers known as perichoresis. She’d been asked what she thought about perichoresis once during a speaking engagement and had no idea what it meant, he said, a story she would often retell with her characteristic sense of humor.

“I think that’s what I hope for, but it’s hard to believe sometimes because Rachel is still dead,” he said. “And so all of these words and all of this hope, personally, I still hope it’s all true, but I don’t know.”

Working on the book, Jonce Evans said, he had conversations with Turner and with the publisher about what they believed was the best way to honor Held Evans — to “emulate her values and not try to figure out exactly what she would say.”

“Because this is not the book she would have written. But it’s the book that represents her,” he said.

So many times over the past two years, he said, he’s had to make decisions big and small, realizing he doesn’t know what his late wife would have done — raising their children, choosing paint colors for the home they were building.

But he’s returned to the things she valued: inclusivity, truth telling, kindness and “rooting for the underdog,” he said. That’s what he hopes comes across in the finished book. 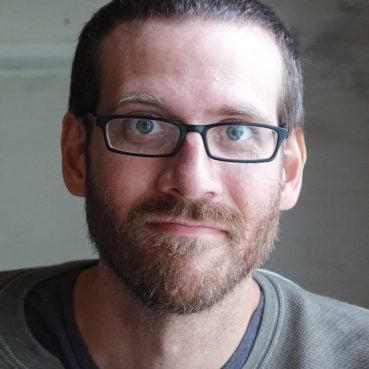 It’s what Held Evans did in life, he said, not leading people, but walking alongside them and sharing what she had discovered.

It’s why, he thinks, people connected with her, and still do, “because she was willing to listen just as much as she spoke,” he said.

A number of Held Evans’ friends and fellow progressive Christian authors have taken to social media to share the bittersweet moment of holding “What Is God Like?” in their hands and hearing their late friend’s voice once again in its words.

“It’s Rachel – her brilliance, her way with words, her voice, her conviction, her passion, her love,” wrote Sarah Bessey, who co-founded the “Evolving Faith” conference with Held Evans.

And Austin Channing Brown, author of the bestselling book “I’m Still Here: Black Dignity in a World Made for Whiteness,” described Held Evans’ children’s book as “filled with her being.”

Jonce Evans said he shared the book with his and Held Evans’ children, too.

“Based on their reaction, I’m really glad to have Rachel’s words for them. This is the first book of hers that they’ll read,” he said.

“And, at the same time, if I could somehow trade the book to just have her, I would. I’d give them all back. I’d rather have her. I can’t, and so I’m happy I have this.”