(RNS) — This week U.S. Secretary of State Antony Blinken met with Indian Prime Minister Narendra Modi in an effort to strength relations between their respective nations. The U.S. sees India as a strong partner and a counter to China. On paper, India is secular, democratic and free, and it has massive economic potential, too.

Yet, recent trends in India are troubling and should give the U.S. pause in deepening its relationship with India. In March, Freedom House, a Washington pro-democracy human rights organization, downgraded India to “partly free,” identifying a “multiyear pattern in which the Hindu nationalist government and its allies have presided over rising violence and discriminatory policies affecting the Muslim population and pursued a crackdown on expressions of dissent.”

RELATED: US hits China and others for repressing religious freedom

In July, researchers at the London School of Economics and Political Science released a report, commissioned by the Christian anti-religious persecution agency Open Doors International, detailing the increasing challenges to religious freedom in India. This year, the U.S. Commission on International Religious Freedom recommended the U.S. State Department label India as a “country of particular concern.”

It was announced in advance of Blinken’s visit to the country that he would discuss human rights. While reporters often ask presidents and their envoys whether human rights will be raised in a high-level visit, in this case the State Department made the point unprompted. Human rights, clearly, is now on the agenda.

But it’s one thing to raise the issue. It’s another to make it stick.

As right-wing nationalism continues its ascent in India, and as the country becomes less democratic, less secular and less free than it asserts, perhaps it’s time for the U.S. to reimagine how it wants to engage its perceived ally.

We Americans have lived through right-wing nationalist leadership on our own soil. We have experienced firsthand the fractures it creates and the violence that ensues. Right-wing ideologies rely on sowing seeds of difference and then harvesting them. Majoritarian groups benefit while those on the margins are further marginalized. The divisions ultimately lead to resentment and bitterness. This is not the mark of a healthy society, nor one that approaches its own aspirations.

We cannot turn away from what is going on in India, certainly. The geopolitical landscape of the Asia-Pacific region is both unstable and volatile. A majority of the world’s population lives in the region, and, to put it in a way my toddler would understand, they’re not very nice to one another. Tensions are high and competition is, too. Ensuring stability in the region is a pressing concern, not just for those who live and lead there, but for the global community.

But it won’t help to invest uncritically in partnerships with those who are guilty of producing and exacerbating these tensions. Good diplomacy and good foreign policy would push for progress. It’s harder this way, but this is what will ensure long-term stability — in the region, for our partners and for the larger global community.

Holding partners and allies accountable is difficult and uncomfortable. No one wants to be told how to live their lives, let alone global leaders. But to not do so is irresponsible and dangerous, and it will come with more difficulty and discomfort in the future.

Diplomacy is not a zero-sum pursuit. We need not insist that everyone do everything our way or else refuse to be friends. A more mature approach is one that uses both the carrot and the stick; incentives for progress and consequences for regression.

Friends don’t let friends commit human rights abuses. If we didn’t care about India’s future, we would ignore the current trends. But if we are going to be true partners, it’s on us to hold India to the same standard the we hold other countries, including our own. 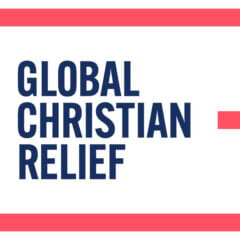 Opinion
Acknowledging the reality of caste is not Hinduphobia
Follow us on Facebook!
Submit your photos to RNS