(RNS) — The 2021 Religions for Peace conference, which closed on Thursday (Oct. 7), will be remembered as the first hybrid meeting, with most observers looking in via internet as 130 participated in person. It was also the most youth-oriented gathering in the 51-year-old interfaith organization’s history.

Nearly a quarter of those who came to this year’s conference, held in Lindau, Germany, were aged 35 or younger, and the numbers were representative of the larger role young people are playing in the Regions for Peace’s programs, from political campaigns to climate negotiations.

“We are recognizing the importance of the role of young people,” the group’s secretary-general, Azza Karam, said in an interview with Religion News Service earlier this week. “It’s essential that they have a voice.”

Founded in 1970 as a forum for fostering dialogue between members of different faiths, Religions for Peace normally draws more than 1,000 delegates from around the world. This year, coronavirus restrictions restricted the gathering to just 130 in-person participants at the event. Organizers said that more than 1,700 tuned in via video link.

RELATED: Religions for Peace made history with its new leader. Then came historic challenges.

But the reduced numbers of people on hand put into relief the fact that Religions for Peace is evolving into one that also promotes dialogue between generations. Activists in their 20s and early 30s were part of almost every one of the dozens of panels, dialogues and roundtables held virtually and in-person at the four-day conference, contributing their views on topics such as human trafficking, environmental protection, social media, the coronavirus and humanitarianism.

A series of intergenerational dialogues were planned and run by Gen Z and Gen Y participants.

“In these unique times, the conference provided the opportunity to work together to address this unprecedented pandemic, the issue of youth engagement and the role of religious leaders in diplomacy,” said Imam Mohamed Magid, Religions for Peace co-president and chair of the Islamic Society of North America. 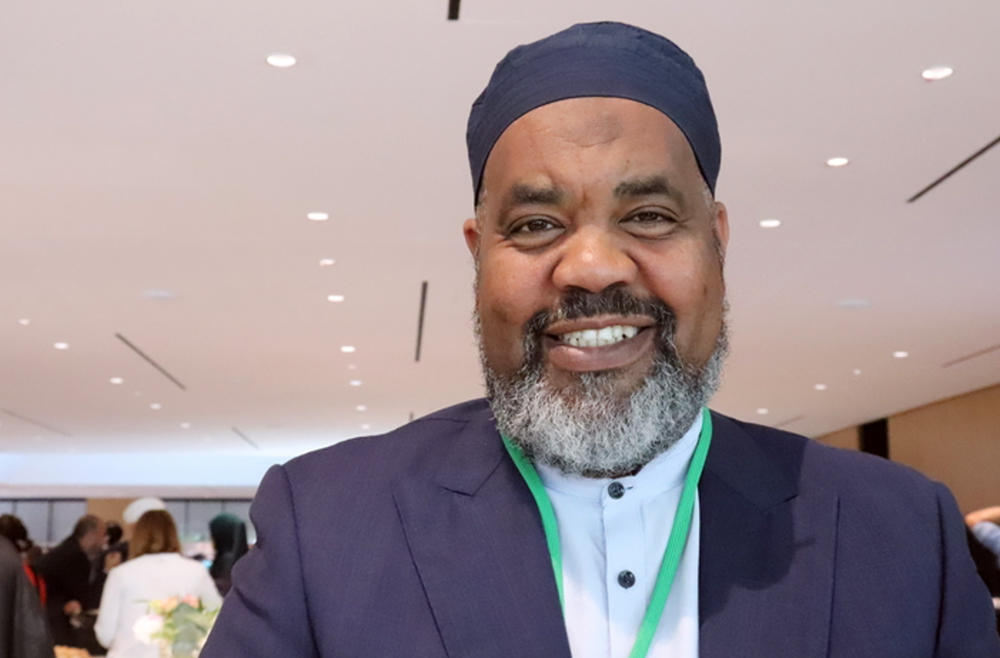 The conference’s final declaration also recorded that this year’s gathering “involved young people in discussions on global peace processes and put them on an equal footing with experienced religious leaders and diplomats.”

Some youth activists at the conference cautioned that their significance will depend on whether religious leaders follow up on the concepts discussed in Lindau.

RELATED: Haiti’s diverse faiths bolster it against waves of tragedy

“This conference opened a space where the voices of young people were heard by the right people,” said Christian Lupemba, chair of the Inter-faith Youth Network in the Democratic Republic of the Congo. “Young people have shown that they are acting today to take over tomorrow. With love, respect and consideration, we say to our elders: ‘We are ready, give us some space at the table, we will be able to support you by working alongside you to contribute to the emergence of a new world civilization.’”

Philbert Aganyo, a Kenya-based activist at the talks, told RNS youth activists helped put the problems Religions for Peace is addressing into perspective.

“The young people have the innovation and the energy to help find solutions and the time to see things through,” Aganyo said. “But the most important thing is that we are the ones who will eventually inhabit the world we are all talking about.” 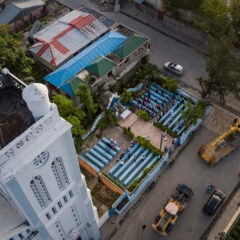 News
Haiti’s diverse faiths bolster it against waves of tragedy

Opinion
‘OK millennial’: Don’t blame the boomers for decline of religion in America
Follow us on Facebook!
Submit your photos to RNS