(RNS) — My favorite podcast is a word nerd’s paradise.

It’s basically one guy reading his lecture notes for an hour or more. No banter, no co-host, no lively guests to interview. Just this one man explaining the slow and often surprising evolution of the English language from its antecedents a few thousand years ago to the present.

I’m more than 100 episodes in and we’re still stuck in the Middle Ages.

The brilliance of “The History of English Podcast” is exactly this level of detail. There are whole episodes devoted to how our alphabet fixed on 26 letters when there were others in the running, why our medical terms are mostly from Greek and our diplomatic language largely from French, and how urbanization in the 14th century changed the English economy and gradually gave rise to occupational surnames like Miller, Baker and Chandler.

But in more than 100 hours of listening, here’s a story I’ve never heard on the podcast: how leaders of a tiny religion that was about 0.2% of the world’s population issued a decree that members of their faith would ever after be known as something else, and expected the other 99.8% of the world to immediately and drastically alter the language to accommodate that decree.

It’s been just over three years since Russell M. Nelson, president of The Church of Jesus Christ of Latter-day Saints, began insisting that the world purge the word “Mormon” from its lexicon. In short order, the church overhauled its own social media accounts, changed the name of the historic Mormon Tabernacle Choir to “The Tabernacle Choir at Temple Square,” scrubbed the word “Mormon” from more than a thousand official books and products and changed LDS Business College to Ensign College.

Yet most outsiders continue to use “Mormon.” Why? Because it’s a single, short, convenient word that functions equally well as either a noun (“I’m a Mormon”) or an adjective (“delicious Mormon funeral potatoes”). You still see it in the headlines of all major news media outlets in the United States. Here are recent headlines from The Wall Street Journal, The Washington Post and The New York Times.

Journalists are not doing this to be disrespectful or irresponsible, though that is the impression given in Elder Neil Andersen’s October General Conference talk, “The Name of the Church Is Not Negotiable.”

“There will be a few who, hoping to detract from or diminish the seriousness of our mission, will continue to call us ‘Mormons’ or ‘the Mormon Church.’ With courtesy, we again ask the fair-minded of the media to honor our desire to be called by our name of nearly 200 years.”

This statement operates from the assumption that anything less than immediate and full compliance with the church’s unprecedented 180-degree turnaround is an intentional effort to sabotage the church’s mission.

It isn’t. In fact, it has little to do with the church and everything to do with our readers, viewers and listeners. It is not the media’s job to be a corporate PR firm for any one organization. It is our job to mediate: to serve both the subjects we cover and the consumers who want to know about them. We are always mediating between the institutions we write about and the audiences we serve. And because language doesn’t change overnight, as the podcast discussed above makes clear, those audiences still want information presented with the terminology they know. Which is “Mormon.”

Over the last three years I’ve been checking Google Trends to see if there has been a decrease in searches for “Mormon.” Search engine history is not a perfect measure of language usage, but it’s useful. And yes, we have seen a reduction in searches using the word “Mormon” in the United States over the last five years.

What we see from this graph is that, with a few exceptions when there have been unsettling stories in the news about the church and its members, “Mormon” appears to be on a downward slope.

This general indifference is true of other geographical areas and multiple search terms, including the much-lauded full name of the church. However, there’s one exception: in Utah. Now-preferred terms like “the restored church of Jesus Christ” do have traction in that one location.

That should tell us something. Church members, who are still the majority in Utah, are on board with this change (and, judging from the hate mail I receive, quite exercised about getting the media to fall in line). And that’s where cultural change can begin — in small and local ways. Time will tell whether it will catch on. The media will follow the lead of readers, viewers and listeners as well as the changed direction of the church. 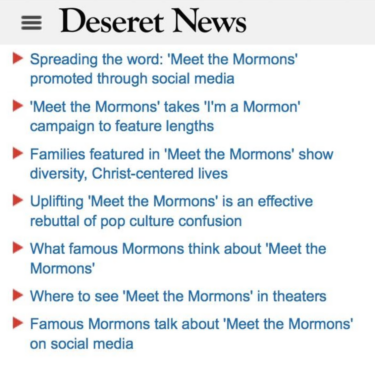 Immediate change is unlikely to happen in the press, especially since the church itself was so recently pushing members of the media to promote its “I’m a Mormon” campaign and its “Meet the Mormons” movie. (Not only does language not stop on a dime, it especially doesn’t change quickly when the very organization that was heavily and visibly promoting its members as Mormons in 2014 was by 2018 calling the usage of that term a victory for Satan. That’s pretty whiplash-inducing.)

I have implemented changes in my own usage since 2018. I try to refer to “Latter-day Saints” at church and when speaking to fellow members, using the language they are most comfortable with. I also include more and more instances of “Latter-day Saint” in the main text of my columns and in the book I’m writing, alternating that term with the more searchable and headline-friendly  “Mormon.”

That compromise certainly won’t appease the hard-liners. In fact, if the church’s efforts to expunge “Mormon” from our collective vocabulary have been successful in any way, it’s this: driving a significant wedge among our people. “Mormon” has become a shibboleth, an immediate shorthand for Latter-day Saints to size up one another’s obedience and orthodoxy. 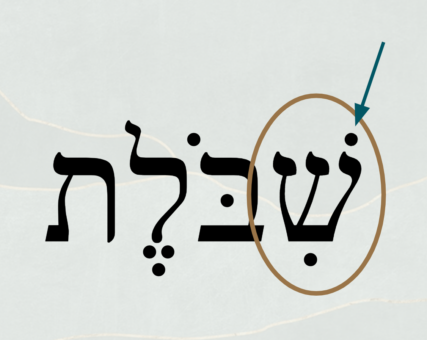 There’s a cautionary tale about shibboleths in Judges 12 in the Bible. Basically, the story is that after the Gileadites defeat their rival Ephraimites in battle, the surviving Ephraimites attempt to flee by way of crossing the Jordan River to safety.

The victorious Gileadites are not having it. They want to make sure they hunt down every single escaped Ephraimite, so they set up a checkpoint at the river, which they now control. The password is “Shibboleth,” a word they pronounce differently than the Ephraimites, who can’t quite muster the “sh” consonant at the beginning. Success! The litmus test works like a charm, enabling them to identify and slaughter every fleeing Ephraimite. This story has given us the word “shibboleth” to refer to language that divides one group from another.

One nuance we miss today is that the Gileadites and the Ephraimites are from the same tribe of Israel. They’re cousins, essentially. This is not a story about Israelites attacking foreigners but of them butchering their own people. This call is coming from inside the house. 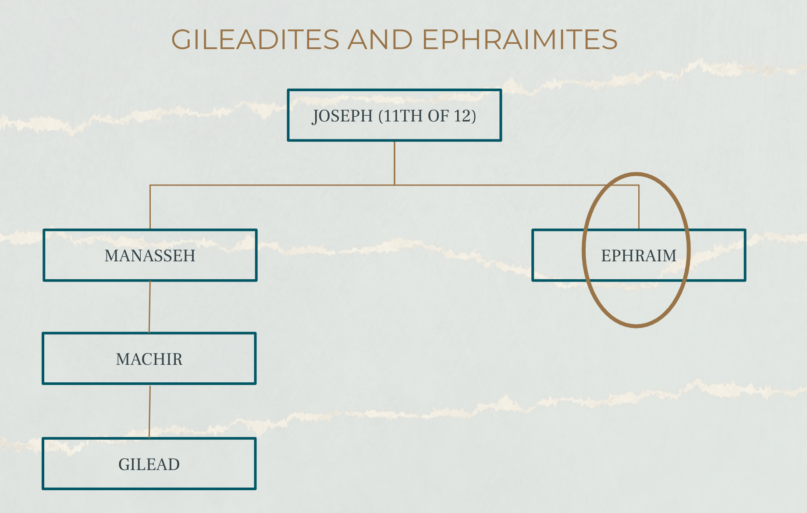 Latter-day Saints who zealously police the boundaries of other people’s terminology may not be as murderous as the Gileadites, but the divisive and corrosive effect is much the same. Battle lines are drawn against fellow members of the church as well as (understandably bewildered) outsiders who have not yet erased the word “Mormon” from their vocabularies. When we do this, it’s hard to see how we’re manifesting what is supposed to be the point of all this change, which is getting people to associate us with the “Jesus Christ” that’s in the full name of the church.

A more helpful approach would be to think about language in the way that Elder Andersen discusses the restoration of the church near the beginning of his talk. He quoted President Nelson in stating that the restoration is a process, not an event. Language, too, is a process and not an event. Change takes time, and whether it is successful is related to whether it fills an organic need.

We will watch and see.

This column is adapted from the April 2021 conference presentation “Shibboleths: Identity and Boundary Maintenance in Mormonism,” Claremont Graduate University, Claremont, California. In addition to my paper, there were papers from five other scholars discussing the name change of the church. All are available for free viewing.