(RNS) — Part of the excitement over the new movie “Dune,” which debuted last week in theaters and on HBO Max, is that the legions of fans of Frank Herbert’s mystical 1965 sci-fi novel have been waiting for someone to get the screen version right.

Infamously difficult to adapt because of its intricately crafted story, the book has seen two attempts at film adaptations: a 1984 movie that even its director, David Lynch, said is clunky, slow and makes little sense, and an earlier, fantastical vision by Chilean-French filmmaker Alejandro Jodorowsky, who promised a 14-hour-long reimagining starring Salvador Dalí, Orson Welles and Mick Jagger with a score from Pink Floyd. Jodorowsky’s refusal to compromise meant the project was scrapped.

If there’s one thing to be said of Jodorowsky and Lynch, it’s that their projects were incredibly spiritual, a prerequisite for a book that invents a melange of Mahayana Christianity, Zensunni Catholicism and Budislamic faiths, all captured in a scriptural salad known as the Orange Catholic Bible.

While Jodorowsky’s soulfulness came largely from its artistic representations, Lynch put the focus of his film on the protagonist Paul Atreides as “the chosen one,” the messiah called “Kwisatz Haderach,” able to join space and time together. He is destined to lead them in a “jihad” against other hostile groups that control valuable spice on the planet.

Raising fans’ hopes with the sheer scale of its production and all-star cast, which includes Timothée Chalamet and Zendaya (Lynch’s version starred Kyle MacLachlan, in his debut, and Sean Young as Chani), director Denis Villeneuve’s “Dune” succeeds both as an adaptation and an excellent sci-fi film. The elements of politics and economic warfare feel both timely and timeless. Each character, landscape and circumstance carries a dark weight reflecting the severity of our age. “The book became more relevant as time went by,” Villeneuve told Esquire recently. “There’s several topics … like the environmental themes, the mixing politics and religion together, the danger of messianic figures, that became more relevant, and that’s one of the reasons it made sense to make a new adaptation.”

If Villeneuve’s mindset is a political and societal one, and if he streamlines Herbert’s lore in the name of good storytelling, the spiritual themes, far from missing, gain from his eye on modern-day faith. Perhaps the most notable effect is that Villeneuve questions whether Paul’s role as a messiah is actually a good thing. The “Dune” movie isn’t so sure.

It’s an accurate reading of the mistrust of any leadership that audiences harbor today. Yes, the messiah is religious, but he carries a more uncomfortable political weight, particularly given the cultish QAnon obsession with a leader (who some believed to be Donald Trump) who is both a societal and spiritual hero. 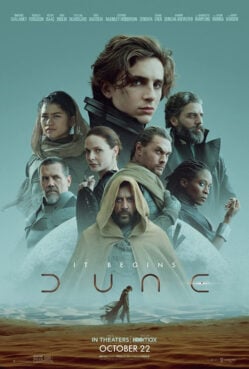 So, too, does the idea of a holy war carry a darker connotation after the Jan. 6 Capitol riot, or the refusal of some Americans to obey mandates to wear a mask or get a vaccine.

The novel is somewhat blindly trusting, convincing the reader that despite his flaws he’s doing the right thing. Herbert himself was raised with Catholic tradition and converted to a loosely practiced Zen Buddhism later in his life. “Dune,” however, puts its primary focus on Islam and Arabic language and art.

His novel’s characters have unquestionably religious motivations. Paul receives prophetic visions in dreams, and though his role as a messiah is questionable, as it offers him the chance to act without consequences, overall he’s presented as a hero with a good heart and the right motives.

Villeneuve’s movie is faithful to Herbert’s presentation of spirituality in all the right places, but it wrestles with Paul’s growing suspicion about his proper role, which he’s hesitant to take on. HIs divine nature is the subject of fervent speculation of others, from the desert dwellers of their planet, Arrakis, to Paul’s own mother.

But Herbert’s book was undoubtedly written in a more innocent time. It’s difficult now to even say the word “jihad” without inflaming the fear and temper of Americans holding onto anti-Islamic sentiment — maybe the reason why it’s called “crusade” and “holy war” in this adaptation. Herbert’s cosmopolitan mix of religion in the “Dune” novel was groundbreaking. In a current context, it carries the weight of a thousand missteps and societal fears.

This is consistent with Villeneuve’s darker, more somber reading of the book. Regal and shrewd Bene Gesserit became vicious and selfish. Paul, who in the novel is stoic and conflicted, is conflicted and angry: a messiah for our times.

We don’t see the holy war in the movie — that’s slated for further installations, as the current “Dune” is only the first part of what’s intended to become a series. But the development of that war, and the messiah leading it all, will be an interesting trajectory to follow. 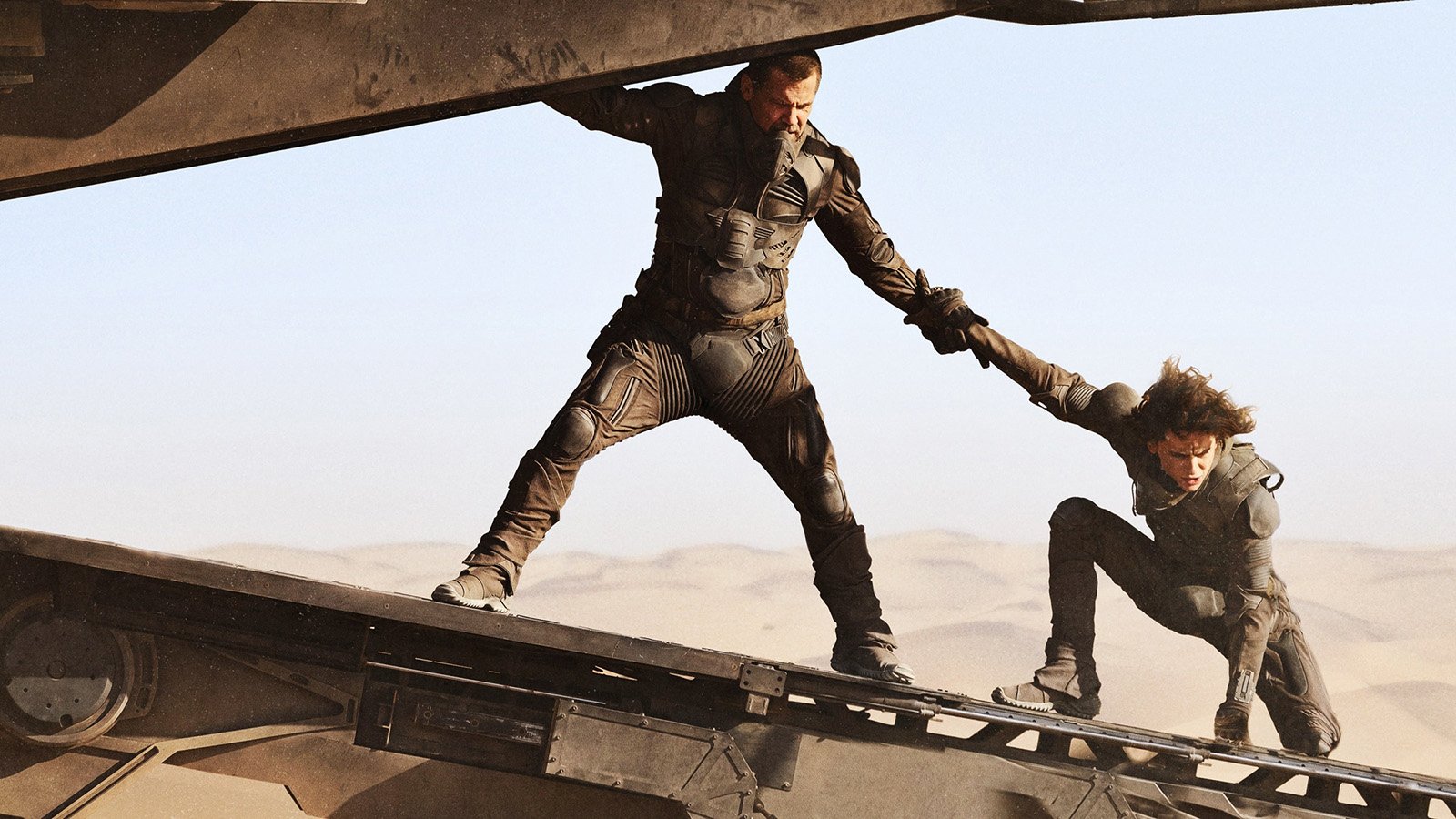