(RNS) — Dallas pastor and religious broadcaster Tony Evans, his wife, Lois, and some of their children visited the Holy Land in 2018, touring the sites believed to be those of Jesus’ birth, death and resurrection.

In addition to some 700 fellow pilgrims, including supporters of Evans’ Urban Alternative ministry, they brought along a camera crew for the 10-day journey.

“We decided, well, how can we make this trip go further than just the time we are there and the group we’re with?” Evans, pastor of Oak Cliff Bible Fellowship, said in an interview on Thursday (Nov. 11). “So we decided to film it. And after filming it, we said, you know, there are a lot of people who’ve never been to the Holy Land who would love to go and love to experience what we experienced.”

The result is “Journey with Jesus,” a 75-minute documentary that will be a Fathom Events feature in movie theaters nationwide from Monday through Wednesday.

The film includes footage of sites such as the church thought to be atop the synagogue where Jesus began his ministry and the Church of the Multiplication, where the Bible says Jesus fed thousands with five loaves of bread and two fish. Evans’ daughters, Bible teacher Priscilla Shirer and author Chrystal Evans Hurst, are seen with him on the narrow steps leading to the location of the tomb of Lazarus, whom the New Testament says Jesus raised from the dead. Evans’ son, gospel singer Anthony Evans Jr., narrates the film and appears in it singing at services when his father preaches at various holy sites.

Evans, 72, and Shirer, 46, talked about the lessons from their trip, continuing revelations about the role of women in the church and memories of their time with Lois Evans, who died late the following year.

You have both read and spoken about lessons of the Gospels for years. What surprised each of you most during the trip about the sites mentioned in the Bible?

Evans: For me, the big surprise was seeing how real and feeling how real and true the Bible is. The Bible is not only true because it was inspired by God. It’s also true because it is historically accurate. The topography of the land, the sights, the sounds, you capture all of that. And so, when you capture it visually and environmentally and emotionally, then the Bible is not just a book with truths written in it; it’s an experience to have. And I’ve been five times, but the experience was like the first time. The reality of the living Christ coming through that location dominates.

Shirer: The Sea of Galilee — you’re standing on one side. And when Jesus would have said to them, “Let us go over to the other side,” well, you can see the other side. It’s right there within view. So being able to draw those parallels with the proximity of those locations really is shocking to see and, again, it adds layers of dimension to your reading and understanding of Scripture.

Has the trip changed how you preach and teach about the stories of Jesus? Is there an experience that changed your interpretation or explanation of a well-known passage? Nuns pass pastor Tony Evans in Jerusalem during his 2018 trip to the Holy Land. Photo courtesy of Journey with Jesus

When you visited Magdala, the town believed to be the home of Mary Magdalene, you discussed her role and other women’s roles as evangelists. What did you see or learn about that site that shaped your perspective on women’s leadership in the church?

Evans: I am convinced that the role of women has been underutilized and under-recognized. The first evangelist to tell the men about the resurrection of Jesus was Mary. Magdala does amplify the recognition, credibility and use that God gave to women. He rose women to another level of appreciation, recognition and respect. That should be continued in and through the church.

Shirer: Jesus went out of his way to make sure to place value and dignity on women in that era.

I should ask where each of you stand personally on that, as far as the role of women leaders in your church, Dr. Evans, and how you describe yourself, Priscilla, as far as being a Bible teacher, as opposed to your being a pastor.

Evans: Well, I believe the Bible teaches that giftedness is not gender based — God gives gifts to any gender. Certain functions are. So in our church, a woman can hold any role except that of being an elder, because we believe the Bible teaches that the final authority of the church should be men. But in terms of the functioning of the church, we have women directors, we have women now on every level, women on our executive team. So the only place we don’t have women is in the governing final authority of the church. And I believe that’s how God has structured things. Like the home. There is a functional hierarchy with a recognition of full use of giftedness. 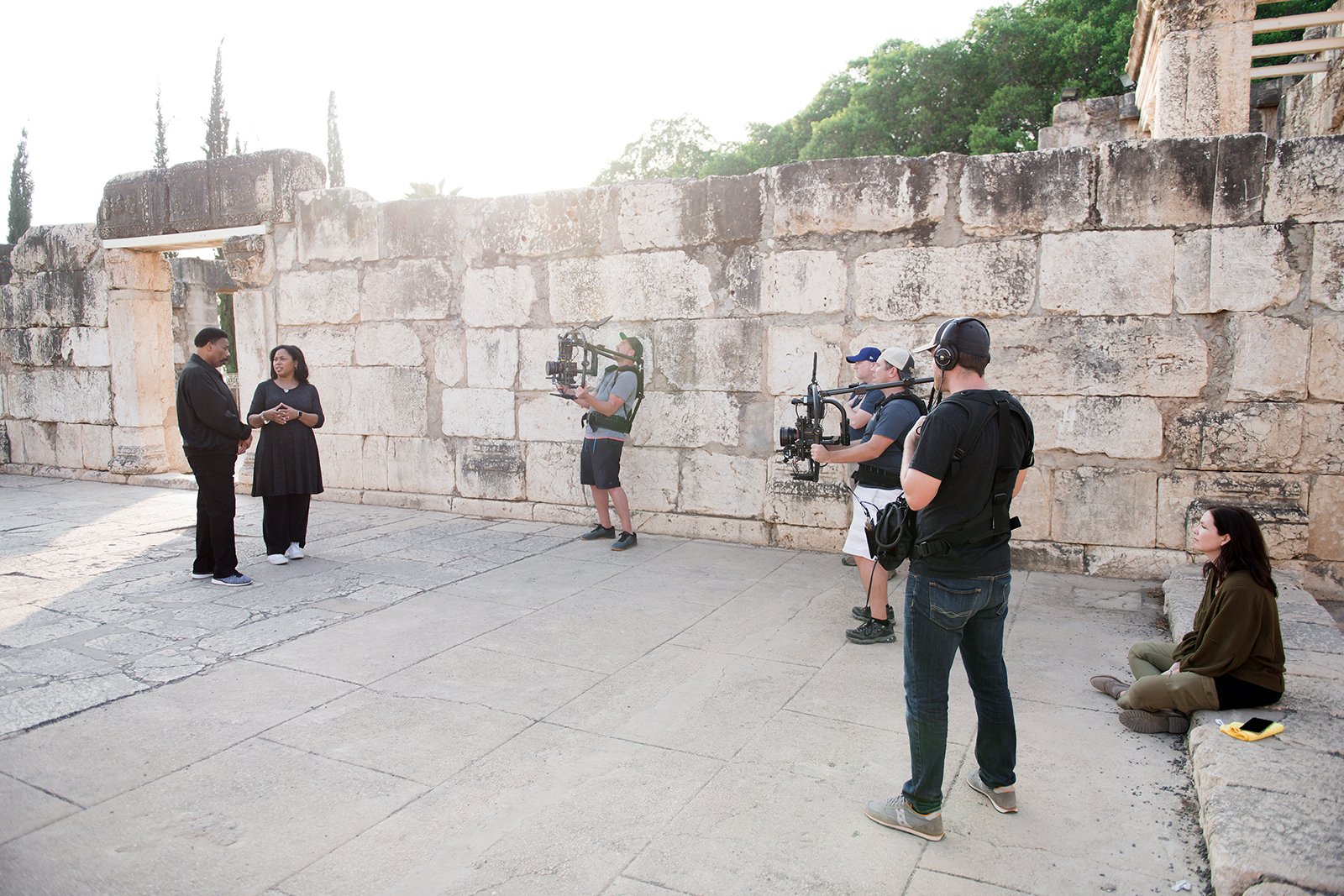 Shirer: And I’ve always felt that at my home church. All four of us, my sister, myself and two brothers, we all still attend our childhood church. And Dad and Mom started the church when I was one year old. So I’ve been in this incredible, healthy environment that has always supported, encouraged and utilized the giftedness of women. I’ve not known anything other than that. So the ministry the Lord has entrusted to me personally is directed toward women. I’ve not had to struggle too much with that line personally. And through teaching — some people call it preaching, I think that’s just a matter of style, whether teaching or preaching doesn’t matter to me — but I know he’s entrusted to me, primarily, the audience of women and so that’s been my pleasure and privilege to be able to serve the body of Christ in that way.

This trip occurred before the recent deaths of a number of your loved ones, including Lois Evans, your wife and mother, who was along for the trip. What was a particularly poignant memory for either of you of your time there with her?

Shirer: I remember my mother being incredibly moved and incredibly invested in our trip onto the Sea of Galilee. And as we sailed out, we could hear one boat would start a hymn and the ripple effect, we’d hear it across the water and so then the other boats would start singing that hymn or that praise and worship song. And just remembering my mom’s voice as I sat beside her, her singing along and us just witnessing the body of Christ on this body of water, where Jesus spent so much of his time. Hearing her voice next to me singing, remembering the expression and the look on her face as she was just soaking in and taking in this beautiful moment with her family on the Sea of Galilee, is something that is remarkable. News
A pair of Hillsong docuseries planned, examining the megachurch’s culture, the fall of Carl Lentz
Follow us on Facebook!
Submit your photos to RNS