JERUSALEM (RNS) — Israeli archaeologists have discovered a 2,100-year-old stronghold they believe constitutes physical evidence of the yearslong armed conflict whose crucial battle is celebrated by Jews today during Hanukkah.

What the archaeologists have found, they say, was built by the losers of that conflict: the Seleucids, forces of the occupying Greek empire, who were doing their best to stave off attacks by the Hasmoneans — a family of Jewish priests led by Mattathias and his son Judah — known as Judah the Maccabee. The Seleucids were trying to eradicate Jewish worship and replace it with paganism.

Hanukkah, which begins this year on Sunday evening (Nov. 28), commemorates the rededication of the Temple in Jerusalem after the Maccabees defeated the Hellenistic army about 164 BCE, opening the way for Hasmonean leader and Jewish high priest John Hyrcanus to complete his conquest of the region of Idumea, the biblical Edom. Hyrcanus subsequently ruled the country from 140 BCE to 104 BCE.

The archaeologists dated the attack on the stronghold to Hyrcanus’ conquest of the region of Idumea around 112 BCE.

“The excavation site provides tangible evidence of the Hanukkah stories,” the excavation directors Saar Ganor, Vladik Lifshits and Ahinoam Montagu said on behalf of the Israel Antiquities Authority, in a statement. “It appears that we have discovered a building that was part of a fortified line erected by the Hellenistic army commanders to protect the large Hellenistic city of Maresha from a Hasmonean offensive.” 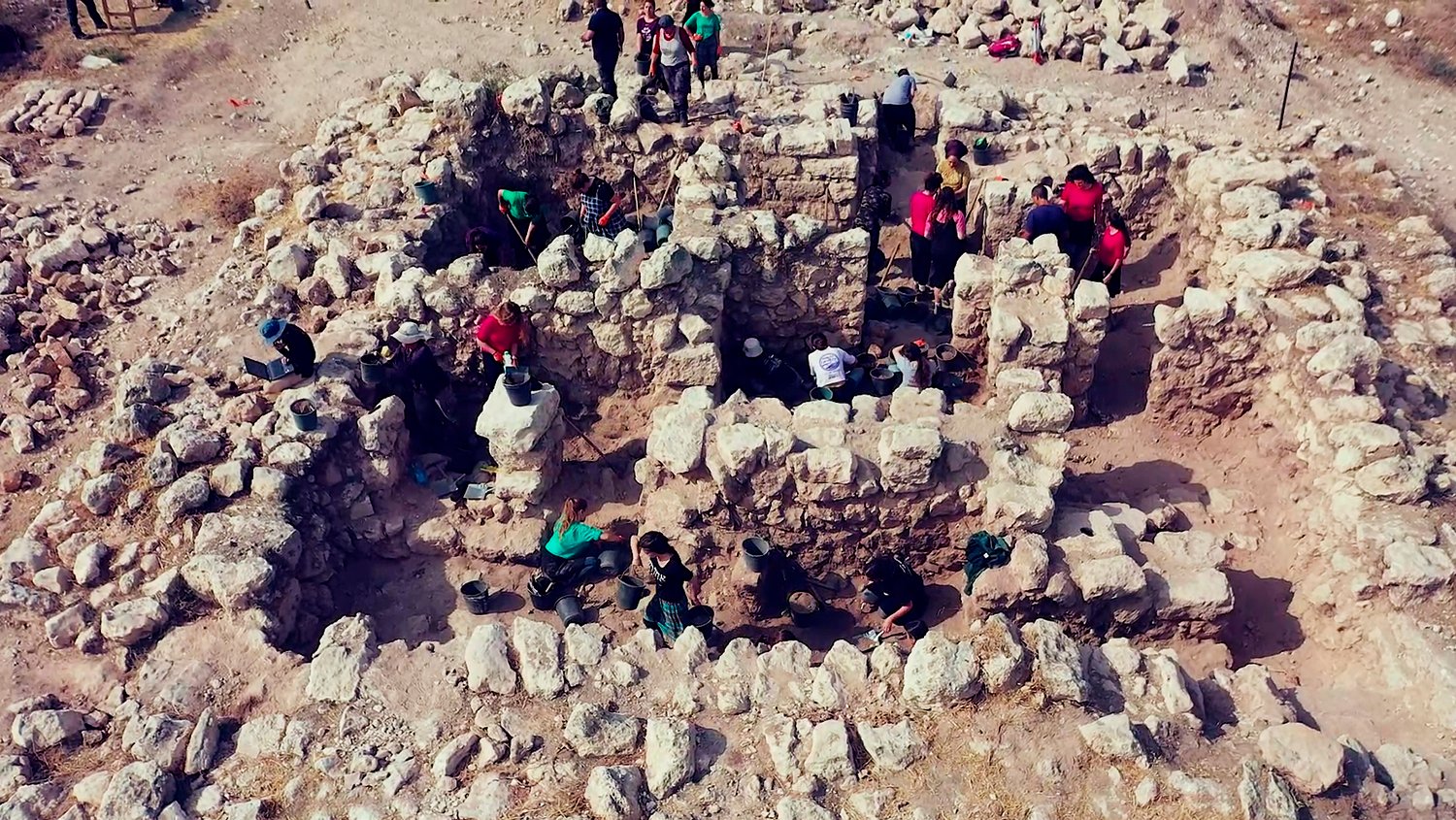 But based on the damage done to the building in antiquity, the Seleucid defenses “were unsuccessful,” the archaeologists said. 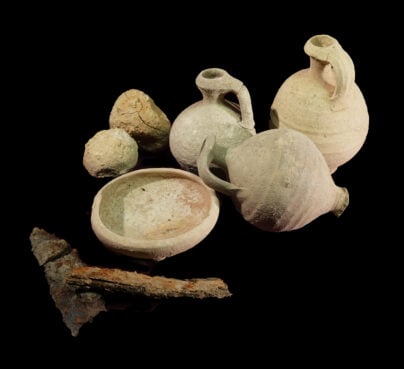 Located in the Lachish Forest, about an hour’s drive southwest of Jerusalem, the fortified structure overlooks Maresha, then the largest city in the area. The structure was built on a peak that provides a sweeping view of a major ancient thoroughfare.

The excavators, who were aided at the site by at-risk youth and dozens of Israeli high school students studying archaeology as part of their college entrance exam, discovered hundreds of items, including burned wooden beams, pottery, iron weapons and many coins dating back to the period.

The 45-foot-by-45-foot structure was clearly built to withstand a military assault: Its walls, once 25 feet high and 9 feet thick, were constructed of large stones placed at an angle to prevent climbers from broaching them.

After removing thousands of fallen stones, the excavators located seven rooms, with their preserved walls reaching more than 6 feet in height. 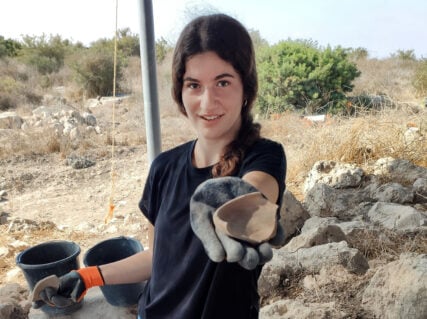 The excavation was joined by high school students specializing in the Ministry of Education’s Land of Israel Studies and Archaeology curriculum. Photo by Tzachi Zisso, courtesy of the Israel Antiquities Authority

“The stories of the Maccabees are coming to life before our eyes, and this is the most fascinating part of the Israel Antiquities Authority’s work, when dedicated, hardworking archaeologists breathe life into the historical annals of the people who passed through this land,” Eskozido said.

“In a few days, we will be celebrating Hanukkah,” he added, “whose central theme is the Hasmoneans’ defeat of the Hellenists, leading to the establishment of the first independent sovereign Jewish entity. The Hasmoneans could have had no idea that 2,000 years later, students living in the state of Israel would be following in their footsteps. It is extremely exciting.”