In 2016, one of the main questions driving The Next Mormons Survey was the one in the headline: Why do people leave the Church of Jesus Christ of Latter-day Saints? In particular, why do young people do so?

Just as importantly, why do some people stay?

And on and on. I wanted to know so many things!

I strongly suspected that people weren’t leaving for the reasons that some Church members ascribed too them–that they wanted to sin, were too lazy to live the gospel, or were easily offended. But I also suspected that the reasons weren’t confined solely to the LDS experience, that it wasn’t just a matter of what the Church was or wasn’t doing that caused people to leave or stay. We are living in a particular historical moment in which disaffiliation from religion is more common with every passing year, and Mormons are part of that moment.

I was very proud of the research Benjamin Knoll and I did with the 2016 Next Mormons Survey (NMS), and with the book that came out of it. But ever since 2016, there has also been . . . a list.

A list of questions we wished we had asked the first time and did not (the “dope slap” additions to the survey).

And a list of the questions our initial findings raised, because in addition to giving us excellent data, the 2016 survey also just incited more curiosity.

It’s been five years, and today Benjamin Knoll and I are commencing a two-week Kickstarter campaign to fund the next wave of this research. You can see a brief video about it here, and decide if you’d like to donate to the project.

Where former Mormons are concerned, some of the new lines of inquiry include:

Those are just a few of the questions on Wave 2. The research will also, like last time, try to learn everything we can about current Latter-day Saints, including some new lines of inquiry:

As you can see, we have a lot of great ideas for new survey questions. But because the costs of doing the research have increased in the last five years, we need to raise more money this time to make it happen.

If you’d like to be part of this effort, you can receive a range of rewards, from getting your name in the acknowledgements of the Leaving Mormonism book that Ben and I are writing to the right to add a question to the 2021 survey or to have access to the 2016 data set for a full year before it becomes public. 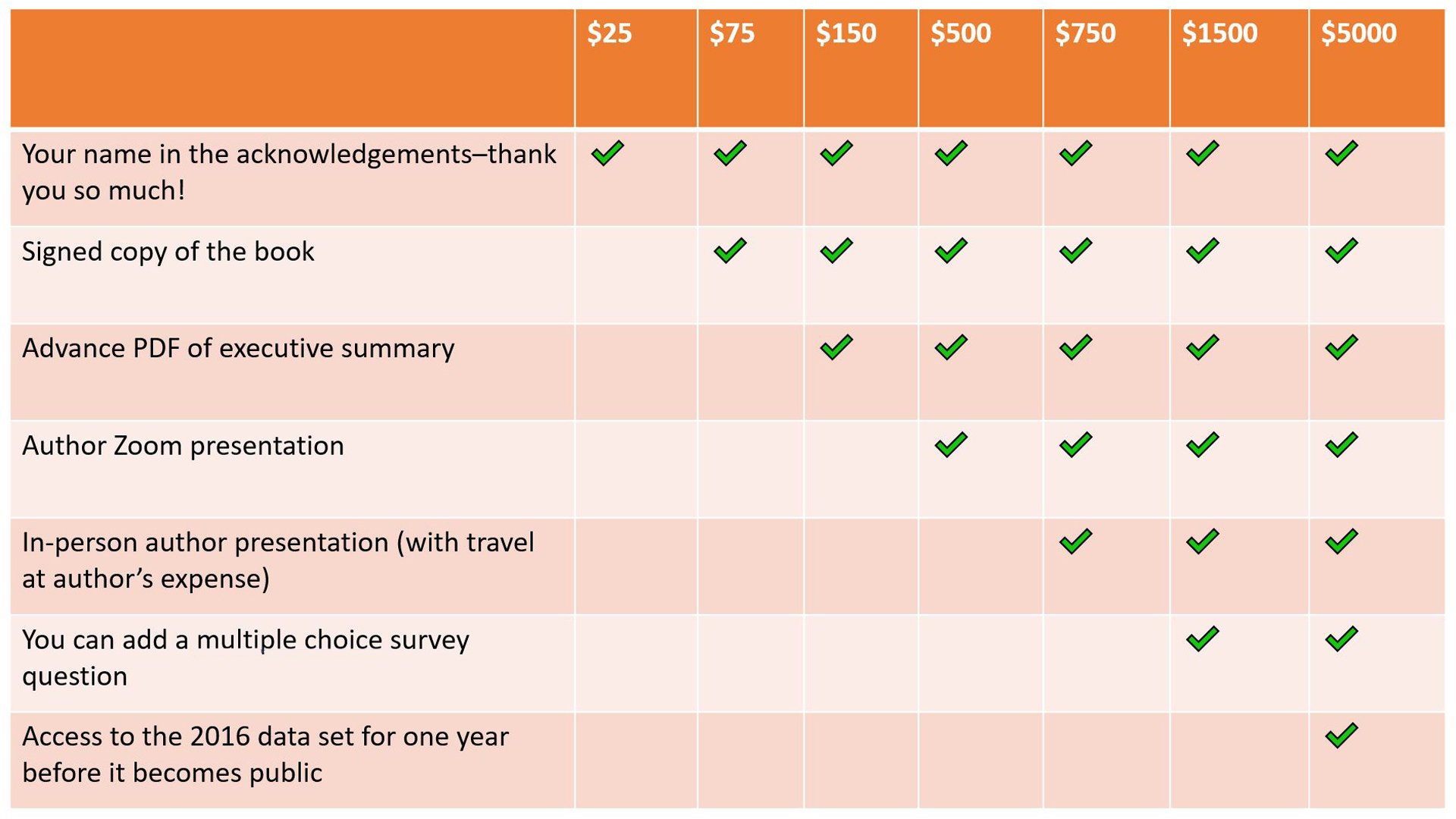 For more information or to donate to this project, go to https://www.kickstarter.com/projects/nmswave2/wave-2-of-the-next-mormons-survey?ref=project_build.

I don’t want to spam my readers, my friends, or my family members. (This morning I wrote an email to my sister-in-law, who donated last time, to say that if she would like to donate again then it would count for every family Christmas gift from now through the end of time.)

Because I hate to ask for money and I know you all are busy people, I have compressed this Kickstarter campaign into just two weeks. It will end on December 22, one way or the other. If we have raised $35,000, the research will go forward. If we have not, the survey can’t happen. It’s as simple as that.

So I hope you’ll want to be part of this team. Thank you for whatever you can do!

What the LDS Church wants to know from young adult Mormons

Do Mormons leave the Church because the “got offended”?