(RNS) — Visitors to Patheos, the multifaith media platform that hosts commentary from writers in many of the world’s religions, may have noticed some changes lately.

Its nonreligious channel has become an empty hulk, bereft of most of the familiar names that once occupied the space, including its most popular blogger, Hemant Mehta, the “Friendly Atheist.”

Mehta and 14 other nonreligious bloggers, along with the channel manager, have decamped to a new site, OnlySky Media, set to launch later this month.

The changes come amid new surveys showing the number of people who are religiously unaffiliated has exploded in recent years, rising to 29% of the U.S. population, up from 19% in 2011. These “nones,” a catchall for a host of groups, including atheists, agnostics, humanists and just plain secularists, have established multiple service and advocacy organizations to serve this growing segment of the population. But there is no media platform solely dedicated to those who are not part of traditional religions.

Efforts to reach Patheos’ management team were unsuccessful, but the departing bloggers and their channel manager, Dale McGowan, said that about a year ago, Patheos decided to change its editorial direction. Bloggers were advised they could stay at Patheos so long as they stopped writing negative or critical posts on religion or politics and instead focused on how to live a good life within their own worldview.

“The writing on the wall was that unless you’re prepared to say nice things about religion you need to find a new outlet,” said Mehta, who has written for Patheos since 2011, often posting multiple times a day, with a special focus on stories about religious hypocrisy.

Some 20 bloggers left the site in the last days of 2021. On Tuesday (Jan. 4), the top story on the homepage read, “Don’t Stop Believing: Faith for the New Year.”

Patheos is owned by BN Media, which last year created a new umbrella organization called Radiant. It includes Patheos, the lifestyle site Beliefnet and three other wellness and spirituality platforms with a mission of helping people “live their most fulfilled lives.”

Beliefnet, once a vigorous journalistic site, underwent a similar transformation after it was twice acquired, first by the Fox Entertainment Group in 2007 and later BN Media, where it became an inspirational site focusing on spirituality, health and wellness.

“What they were asking of us was not compatible with the editorial tone we had taken until then,” said Adam Lee, who wrote the “Daylight Atheism” blog for Patheos. “Many of us felt this would require an editorial shift to such an extent as to make our blogs unrecognizable.”

McGowan said he was told last March that Patheos wanted to rebrand.

“This was a business decision to position themselves for the long term,” said McGowan. It may have been hard for Patheos to attract advertising among religious businesses while at the same time providing a forum for atheists to criticize religion, he said.

McGowan, the author of 10 books about nonreligious life, including “Parenting Beyond Belief,” had already been talking with investors about creating a new platform for nonreligious people.

“When Patheos announced this change in direction, we realized it was an opportunity to provide a soft landing for some of these bloggers,” he said.

The new media platform is envisioned as a site that combines storytelling and commentary exploring the breadth of the human experience from a secular point of view, said Shawn Hardin, its founder and CEO.

A Bay Area entrepreneur who has created several media products for AOL, Yahoo and NBC, among others, Hardin said he envisions a space that explores a wide range of secular values.

“We think the unaffiliated are a woefully underserved segment of the population,” Hardin said. “We’re pretty optimistic about our opportunity to build a business that meets the interest of the audience and can invest in its own growth.”

(The name of the new media venture was inspired by John Lennon’s song “Imagine,” which envisions a world without heaven or hell — “above us only sky.”) 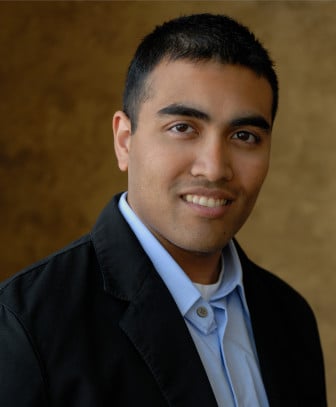 A key will be creating a sense of community for a diverse set of people who are searching for meaning and want to connect with others on a similar path. Whether nonreligious Americans want community is not yet clear.

The Sunday Assembly movement, which tried to create local congregations for nonbelievers, had 70 congregations in the U.S. and the United Kingdom. About half have shut down or gone dormant.

Beyond polls indicating their growing numbers, little is known about the nonreligious or whether they want to engage on issues as a group.

“There are people passionate about secularism, atheism and agnosticism, perhaps because they don’t like what they see about religion in the news,” said Diane Winston, professor of religion and media at the University of Southern California. “But that’s a small minority of the people who make up the unaffiliated or disaffiliated. A lot of those people don’t care one way or another.”

Mehta, however, said he had high hopes.

“There aren’t any media outlets that cater specifically to atheists,” he said. “All the other atheist specific blogging networks are run by volunteers and people who are passionate about the subject but don’t do business-savvy anything, so they falter and die. This one has digital expertise.”

RELATED: The Sunday Assembly hopes to organize a godless future. It’s not easy.