(RNS) — A global list of Muslim startup companies includes a plurality of companies started in America. The list, the fourth such compilation put together by the Center for Global Muslim Life, highlights Muslim-founded or Muslim-focused startups and was announced at the group’s Global Muslim Impact Forum last week.

“There were 50 companies on the list in years past. We had 100 companies this year to show the growth in the space since the last time we published in 2017,” said Dustin Craun, the CEO of the Center for Global Muslim Life, a think tank based in San Diego, California, with a focus on Muslim social impact, from the arts, to food, to tech.

This is the fourth edition of the list, which was first compiled in 2015 and again for each of the next two years. Past appearances on the list have included LaunchGood, Noor Kids and Haute Hijab.

While 65 countries have been represented on the list, of the 100 companies selected for 2022, some 43 are based in the United States.

“In many ways, though, it can be important to think of the cities these companies are based in rather than the countries,” noted Craun. “New York, for example, can clearly be thought of as an important city in the Islamic world due to several reasons: its international population, importance to global finance and home of the UN HQ.”

This year’s list was also geographically diverse within the United States, with companies in the traditional startup hotbeds of New York City and Silicon Valley, but also more unexpected locations like Puerto Rico.

The United States is also a target market for many of the international startups mentioned in the report. A colorful example includes retired UFC athlete Khabib Nurmagomedov, who plans to launch a series of mixed martial arts gyms in the United States and is a brand ambassador for the U.S.-based Islamic fintech company Wahid Invest. The number of fintech companies on the list has increased over the years in line with the wider fintech industry.

Another, Tarteel, uses an AI-assisted program to improve pronunciation of Quranic recitation and has already attracted more than 200,000 users. In a similar vein, Qariah offers access to female recitations of the Quran.

How much these startups have raised individually was unclear, though globally the report says the companies on the list have raised more than $400 million and that it’s a requirement for the list that the companies have launched.

“A lot of these companies are based in the United States because of the beautiful diversity of the American Muslim community that is connected to Muslim communities all over the world,” Craun told RNS. “We also have greater wealth and access to investments and philanthropic donations that allow our institutions to grow and to be sustained long term.” 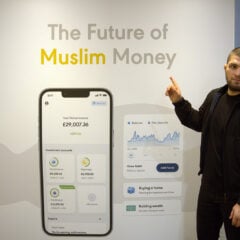 News
Buying Starbucks with gold? A Halal investing app is making it possible. 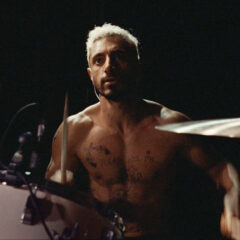