One side is accused of ignoring the fact that the Founding Fathers enslaved people or that racism was baked into the U.S. Constitution when it was drafted. The other side is accused of claiming that all whites are racists and everything done by the founders was corrupt.

Rather than bridging the divide, discussions at school board meetings scandalize children by showing their parents at their worst. They are a lesson in how democracy should not work.

Many on the conservative side are pious Christians who take their Bible seriously, so I would suggest we look to the Bible about how to talk about the history of the nation.

I am not arguing that all the stories in the Bible are historical fact. Let’s put that issue to the side for a moment. What interests me is what stories the Bible tells about the nation, its leaders and its people.

The Bible is not very flattering when it comes to the people of Israel and its leaders.

True, David was a great warrior who killed Goliath, and Solomon was a wise king who built the temple.

However, the Book of Samuel reports that God warned the people against having a king at all. “He will take your sons and assign them to his chariots and horses,” said the Lord, “He will use your daughters as ointment makers, as cooks, and as bakers. He will take the best of your fields, vineyards, and olive groves, and give them to his officials.”

The people demanded a king anyway.

Their first king, Saul, was a narcissist who became jealous and angry when his general, David, got more praise as a warrior than he did. David, the second king, lusted after the wife of one of his best warriors. He raped her and killed the warrior as part of a cover-up.

For the most part, David’s descendants were even worse, living the high life, exploiting their people and getting into foolish wars that they lost. They and their friends got rich while the poor suffered. Israel kept failing because it was not faithful to the covenant.

Every story in the Bible may not be historically accurate, but together they teach a greater truth: Humans and their institutions constantly fail. The purpose of Bible history is not to make the Jewish people feel good about themselves, but to teach them to do better in the future.

American history should do the same.

We could learn a few other things from the Bible, which is also full of stories of social reformers, who were called prophets. They challenged kings and the rich. They campaigned for the hungry, the homeless, the debtors, the poor and the aliens in their midst. They denounced those who charged usury, those who took land from poor farmers, those who exploited their workers. 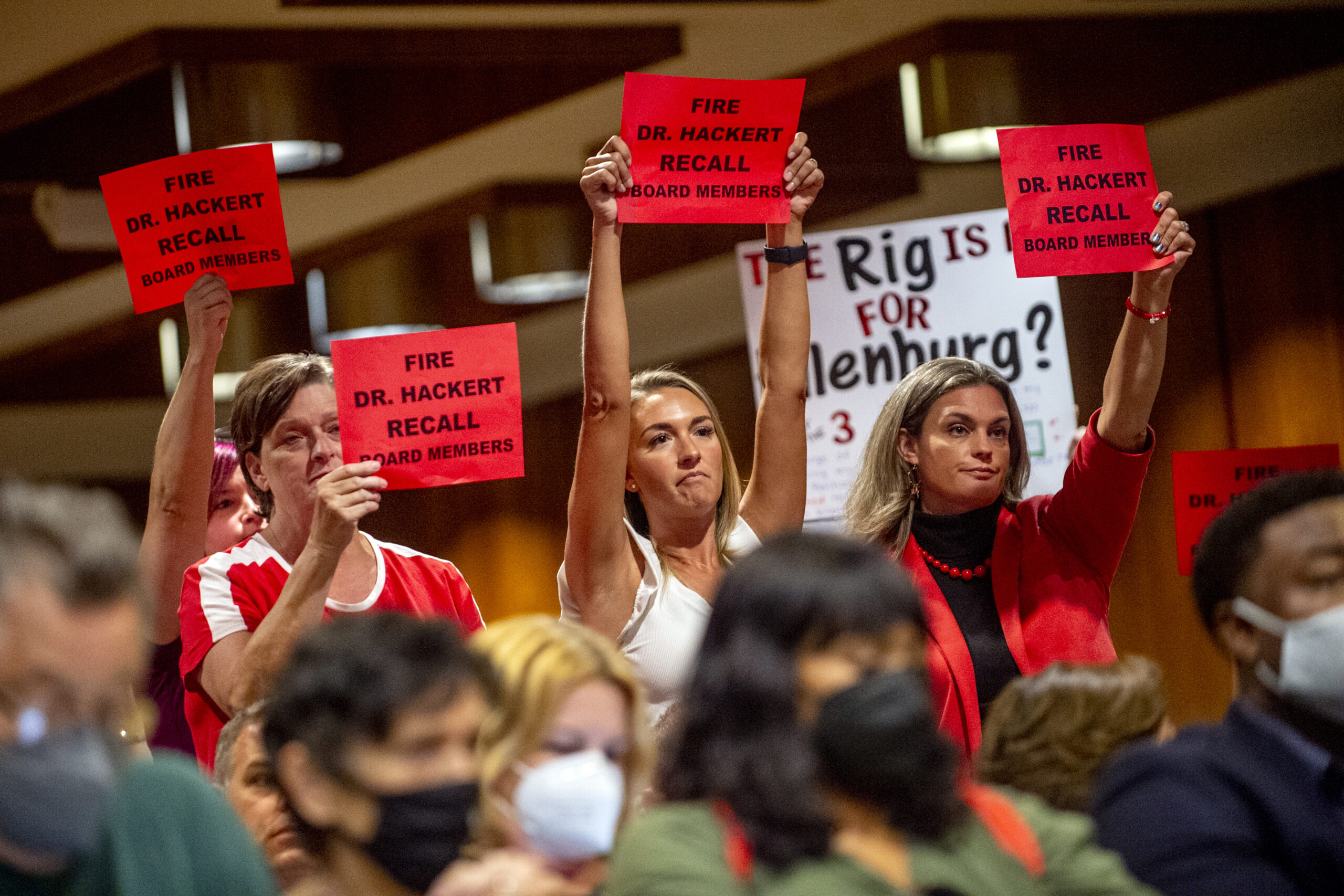 Parents and residents stand to oppose Genesee County’s K-6 school mask mandate after public comment finished as more than 100 people packed the Harris Auditorium at a county Board of Commissioners meeting on Aug. 30, 2021, at the county administration building in downtown Flint, Michigan. (Jake May/The Flint Journal via AP)

The Bible can teach us how to approach American history. History should tell us about the great achievements of our ancestors, but it should not overlook their failings and sins. Rather, it should describe their failings in detail so that we do not make the same mistakes.

American history should talk about the achievements of presidents and politicians, but also their arrogance, corruption and blindness to certain issues. Social reformers who fought the evil of their day should be highlighted, but note should be taken of false prophets who led the people astray.

Studying our past should help us make a better future.

Bible scholars note that there are many voices expressed in the Bible. It’s not a univocal view. The Deuteronomic editors of the Book of Kings, for example, kept in the Lord’s promise to support the Davidic dynasty, but added a condition ignored by the early royal court historians: David’s line was required to be faithful to the covenant.

So too, among American historians there are different interpretations of the facts and different views of what is important. Making room for multiple perspectives reflects the pluralism of the American nation.

The Bible teaches us not to be afraid of our history. It teaches us that history is not to make us arrogant and proud but to teach us humility and the need to avoid repeating the mistakes of the past.

RELATED: In Afghanistan, we made the same mistakes as in Vietnam

When historians get in trouble for reminding America of its sins, they can take consolation in the fact that the same happened to Jesus in Nazareth when he gave a history lesson, as the Gospel of Luke recounts:

[Jesus said,] “There were many widows in Israel in the days of Elijah when the sky was closed for three and a half years and a severe famine spread over the entire land. It was to none of these that Elijah was sent, but only to a widow in Zarephathp in the land of Sidon. Again, there were many lepers in Israel during the time of Elisha the prophet; yet not one of them was cleansed, but only Naaman the Syrian.”

When the people in the synagogue heard this, they were all filled with fury. They rose up, drove him out of the town, and led him to the brow of the hill on which their town had been built, to hurl him down headlong.