(RNS) — When President Joe Biden offers his State of the Union address before Congress on Tuesday (March 1), he’ll no doubt make the most of his handling so far of the Ukrainian mess, in which international heads have remained cool and the stock market has not dipped too precipitously. He’ll sell his new Supreme Court nominee and celebrate the decline in COVID-19 cases.

Given all he has on his plate, it should be a good night.

But this was a man for whom restoring the soul of America was a campaign rallying cry. People of faith listening to the speech have a right to expect more food for our nation’s soul than a resilient stock market.

This cannot be a “normal” State of the Union address, in other words. These are extraordinary times. Biden needs a message to fit the moment.

Our nation desperately needed soul repair after Donald Trump’s failed stewardship of the presidency and his insidious efforts to divide people along racial, gender and religious lines. And compared with a year ago, when Trump left office, the country is now led by a more moral and competent administration.

As a result, the State of the Union is strong in many ways. Job creation has been robust under the Biden-Harris administration, and the economy is growing. So Biden can claim credit for a lot of good.

Still, the soul of our nation is in distress. The fractured response to COVID-19, with millions of Americans unwilling to protect themselves or their neighbors from infection, is one illustration. Another is the ongoing fallout from the events of Jan. 6, 2021, when a right-wing mob fueled by Christian nationalism attacked the U.S. Capitol. Growing childhood poverty, which initially decreased under Biden’s leadership, is another illustration.

Americans are fearful about the future. We worry about keeping jobs that pay a decent wage, health care and college costs, gun violence in our neighborhoods, the health of democracy and the far-reaching implications of climate change.

Biden has worked to advance the common good, even as Republicans have marched in lockstep to keep the president’s progressive plan from moving forward. Worse yet, the GOP has worked intentionally to divide Americans on everything from COVID-19 mitigation efforts to racial justice to Ukraine: This weekend, conservative activists at the white nationalist America First conference cheered Vladimir Putin, while Trump has called the Russian leader’s actions “genius.”

In such an atmosphere, few will want to hear the president boast of the accomplishments of his first year — though they have been plentiful. Instead, the president should acknowledge the pain and disconnect felt by Americans, remind people of the ongoing battle for the soul of America, contrast his leadership with the failed policies put forth by the GOP and offer a call to action to the American people. 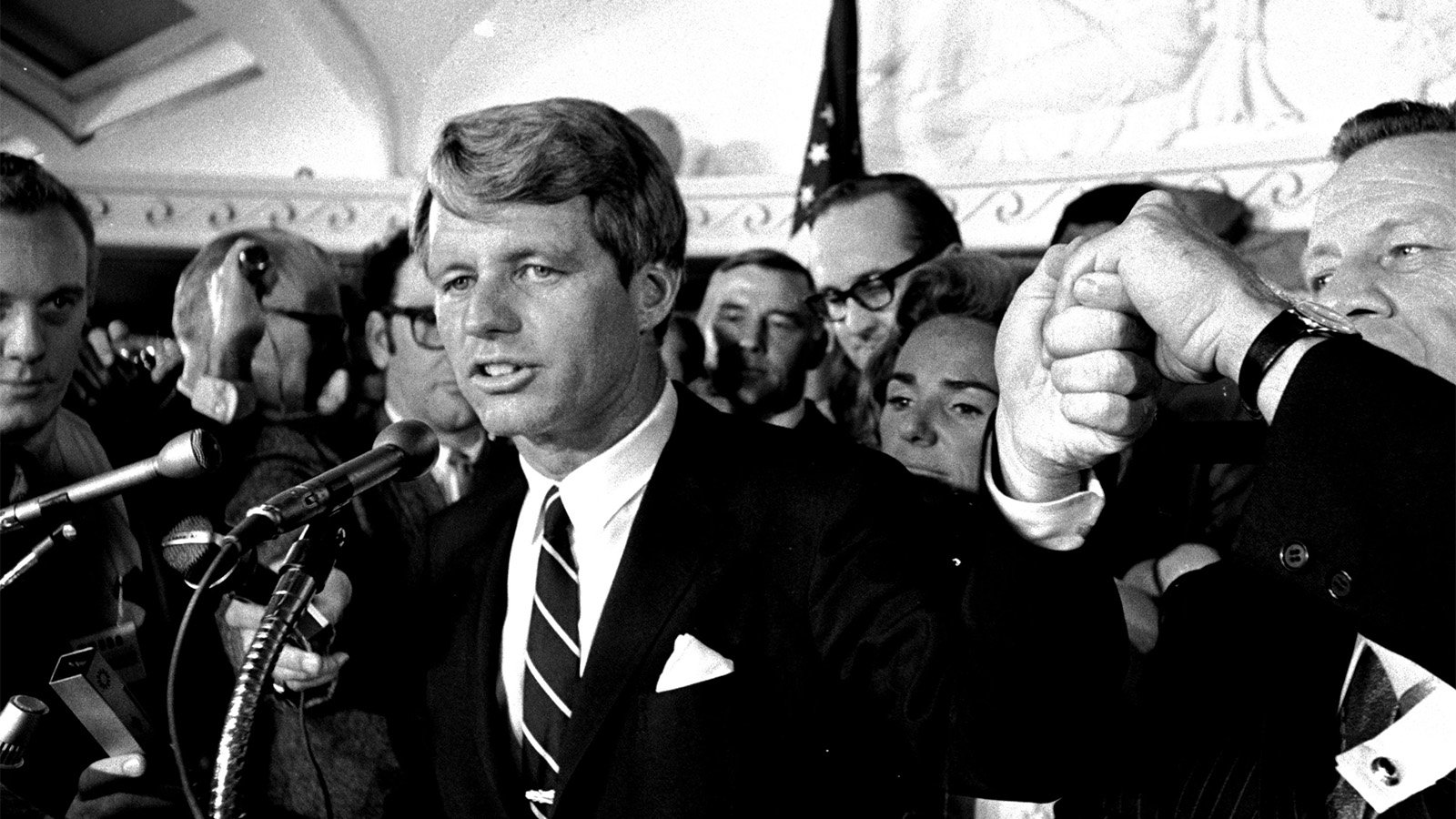 Sen. Robert F. Kennedy addresses a throng of supporters in the Ambassador Hotel in Los Angeles early in the morning of June 5, 1968, after his victory in the previous day’s California primary election. (AP Photo/Dick Strobel)

A generation ago, in 1968, Sen. Robert F. Kennedy warned Americans about what economic indicators do and do not account for:

Kennedy went on to say:

Yet the gross national product does not allow for the health of our children, the quality of their education or the joy of their play. It does not include the beauty of our poetry or the strength of our marriages, the intelligence of our public debate or the integrity of our public officials. It measures neither our wit nor our courage, neither our wisdom nor our learning, neither our compassion nor our devotion to our country, it measures everything in short, except that which makes life worthwhile.

Kennedy offered a moral framework on which to judge America. If Biden is to win the battle for America’s soul, he’ll need to change the terms of the debate. Politically, very little can be done in Congress before the midterms. To advance his cause, Democrats will need to win the midterms, capture Congress again in 2024 and elect a progressive Democrat as president that same year. That’s a tall order.

RELATED: We need to depoliticize prayer

But the stakes could not be higher. If those who are working for the common good are not bold, America will fail. Unfortunately, Trump and his allies are waiting in the wings for that failure to occur. The damage they inflicted on the country from 2017 to 2021 is nearly incalculable. Their return to power cannot be allowed.

My prayer is that Biden uses the State of the Union as a rallying call for Americans to join in the battle for the soul of America. It is still an open question of who will win that battle and what the state of the union will look like afterward. We need people of good faith to engage.

(The Rev. Chuck Currie is a United Church of Christ minister. He lives in Portland, Oregon. You can follow him on Twitter @RevChuckCurrie. The views expressed in this commentary do not necessarily reflect those of Religion News Service.)