(RNS) — Only a handful of U.S. states have formally legalized assisted suicide, but for decades bioethicists have been concerned about what might be called “stealth euthanasia,” when a medical provider effectively brings about the death of the patient under their care by simply ending treatment or by stipulating doses of opiates at levels that kill them.

It can be difficult to know when such euthanasia has taken place. As long as one is not aiming at the death of one’s patient, there are legitimate circumstances when a physician may make either choice.

Then there are cases like that of Ryan Hayes.

After being admitted to an Ohio intensive care unit in April of 2017, a physician named William Husel gave Hayes 1,000 micrograms of fentanyl, a synthetic opiate that is lethal in even small doses. The dose Hayes got, said Dr. Wesley Ely, an expert witness in Husel’s trial last month, was enough “to take out an elephant.”

Husel stands accused of hastening the death of 14 people, including Hayes. Ely described the amount Husel was prescribing as “astounding” and “mind-boggling” and likened it to “driving 250 mph through a school zone while people are crossing the street.”

There’s nothing in the medical literature that addresses this kind of practice. “There’s no literature at all,” Ely testified, “because nobody does that.”

Patients like Ryan Hayes may come into Husel’s care very sick, but their illness isn’t what killed them. Husel killed them, Ely testified.

For the record, Ely is no “avoid death at all costs” kind of physician — far from it. In conversations I had with him for this column, Ely said that he’s helped countless families mourn and accept the coming death of their loved one. The families are so appreciative he sometimes gets Christmas cards from them for years after the death. 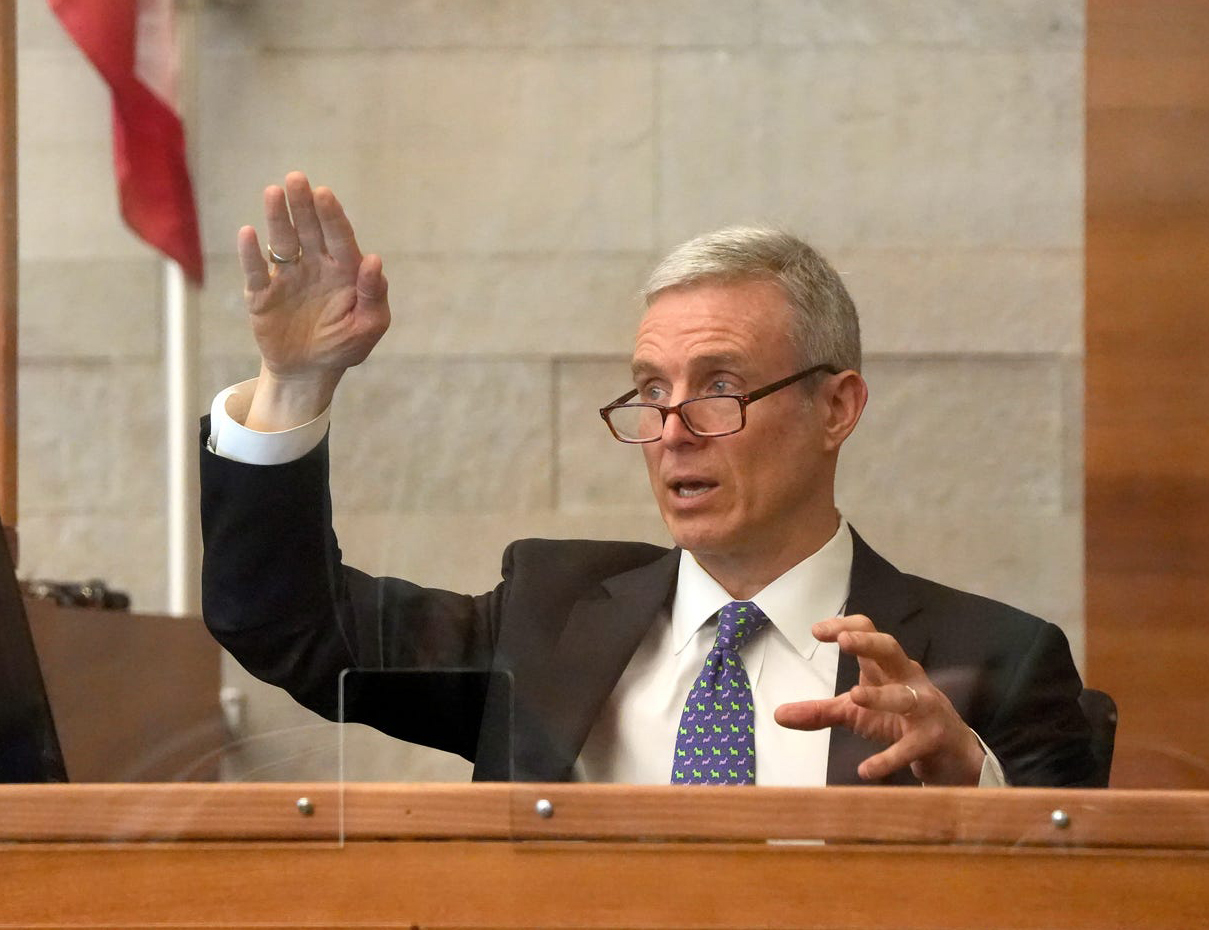 Dr. Wesley Ely takes the witness stand during the trial of William Husel in the Franklin County Court of Common Pleas on Monday, February 28, 2022. Ely is a physician as well as a professor of medicine at Vanderbilt University School of Medicine. (Barbara J. Perenic/The Columbus Dispatch via AP, Pool)

There are small graces to these cases that make a huge difference. If a ventilator is to be withdrawn, Ely said, he makes sure it is done in the middle of the day, when the family has had a chance to rest and prayerfully consider what they may need to say and do for their own healing before their loved one passes. In many of the cases in which Husel has been charged, Ely told me, the family wasn’t kept informed, and the deed was done at night.

When the lawyer for the defense got the chance to cross-examine Ely, she didn’t go over his claims about the science and medicine. Instead, she went after his Catholicism.

She accused him essentially of being a publicly religious health care provider as if this were disqualifying in itself. She pointed out that — horror of horrors — he received an award from the pro-life Catholic Medical Association.

Ely had no interest in denying that he is a proud, practicing Catholic. (Indeed, he told me that he was praying the rosary in his pocket during much of his time on the stand.) But he did point out that this had nothing to do with the medical judgements he was making or the medical expertise he was using to make them.

But this lawyer’s attack could well land with the jury. As I wrote in my new book “Losing Our Dignity: How Secularized Medicine Is Undermining Fundamental Human Equality,” in recent years a new kind of hostility has developed toward any hint of faith in the practice of health care. This hostility is meant, at least in part, to keep violent acts like euthanasia and abortion free of critique.

The idea that health care must be a religion-free zone is absolutely bizarre. Consider history: Western medicine — and what we think of as hospitals — originated with the Catholic Church. Great numbers of American hospitals and clinics today were created and sustained by orders of women religious.

RELATED: Who gets to unplug the pope?

Even today, 1 in 7 people seen in a hospital are seen in a Catholic facility. Millions and millions of U.S. health care providers are deeply religious. Indeed, the reason many Christians get into health care is to imitate Jesus, who is often referred to as The Great Physician.

But as the wars over euthanasia and abortion heat up, we see more and more cynical moves like the courtroom maneuver aimed at Dr. Ely. This not only creates an artificial and ridiculous barrier between faith and health care, but it casts profound suspicion on anyone who dares publicly acknowledge that their religious vocation and their vocation as a health care provider have a bearing on one of the controversial issues of our day.

We must not allow our disagreements over these admittedly essential matters to cloud our vision here. Technical expertise is essential for health care, of course. But the motivation for practicing health care very often comes from a religious place. And when a provider acknowledges this publicly it is anything but disqualifying. It is deeply honorable.