(RNS) — On Tuesday (April 5), a group of self-identified survivors and advocates who attended an Anglican church in Washington, D.C., published an open letter saying diocesan leaders mishandled their allegations of spiritual abuse. The letter asks the leaders to apologize to the reported victims and discipline the accused priest, the Rev. Dan Claire.

“Rev. Claire betrayed pastoral confidences, misused his ecclesial authority to control and manipulate people under his pastoral authority, disclosed and misused mental health histories in order to discredit people, and ostracized and slandered parishioners who attempted to challenge any of his questionable behavior,” the letter on the anti-abuse platform ACNAtoo says. It also cites allegations of “victim blaming and defamation in cases of sexual impropriety.” Claire said he isn’t permitted to speak with Religion News Service due to the ongoing process.

RNS spoke with four reported survivors for this story. Due to fear of retaliation, they requested to be kept anonymous. RNS has confirmed their identities and association with the church.

The reported survivors are former members of Church of the Resurrection in D.C. — known as “Rez” — in the Christ Our Hope Diocese. They claim diocesan leaders, including Bishop Steven Breedlove, have failed to adequately hold Claire accountable and have not centered the needs of survivors. Breedlove did not respond to a request for comment.

“I can assure you that we have taken and will continue to take all accusations of abuse and the spiritual and emotional well-being of the accusers with full seriousness, and will persist in working towards a compassionate and God-pleasing resolution of this very painful situation,” the Rev. Arthur L. Going, canon for spiritual health, told RNS in an email.

With churches scattered between Maine and North Carolina, Christ Our Hope Diocese was originally a church planting network in the Anglican Church of Rwanda that joined the Anglican Church in North America in 2015. The ACNA split from the Episcopal Church in 2009, largely in dissent of the latter’s acceptance of LGBTQ clergy and same-sex marriages.

According to the open letter, several unrelated spiritual abuse and pastoral misconduct allegations against Claire were submitted to Breedlove throughout 2020, prompting Breedlove to reach out to a bishop at another diocese, requesting help to “secure an investigation team” on Breedlove’s behalf, according to the open letter. Ten reported victims and additional witnesses were interviewed in the independent investigation from April-September 2021, resulting in a final report to the diocese that, the open letter said, was never shared in full with reported victims.

After the investigation, Breedlove, along with other diocesan leaders, presented seven “allegations” or “broad areas of complaint” to Claire in a November meeting, according to a December 9, 2021, email from Breedlove obtained by RNS.

But months later, a Feb. 12, 2022, letter sent from Breedlove and other diocesan leaders to reported survivors and advocates seemed to question the investigative process, saying it was “insufficient and incomplete.” The report itself, they said, “obscured the narrative of the events involved in the complaints and did not allow for adequate analysis” and “made it impossible to come to reliable conclusions.” As a result, the leaders had decided to “set it aside.”

The alleged survivors were stunned — after the diocese presented Claire with general allegations, they anticipated the investigation would yield tangible consequences.

“After the diocesan council reviewed this lengthy, in-depth report, even if it wasn’t quite all in the proper technical format, I don’t think there was a question that there were serious problems with this guy,” one former Rez employee who wished to remain anonymous told RNS. “To throw that out because of a technicality after the fact was pretty egregious.” 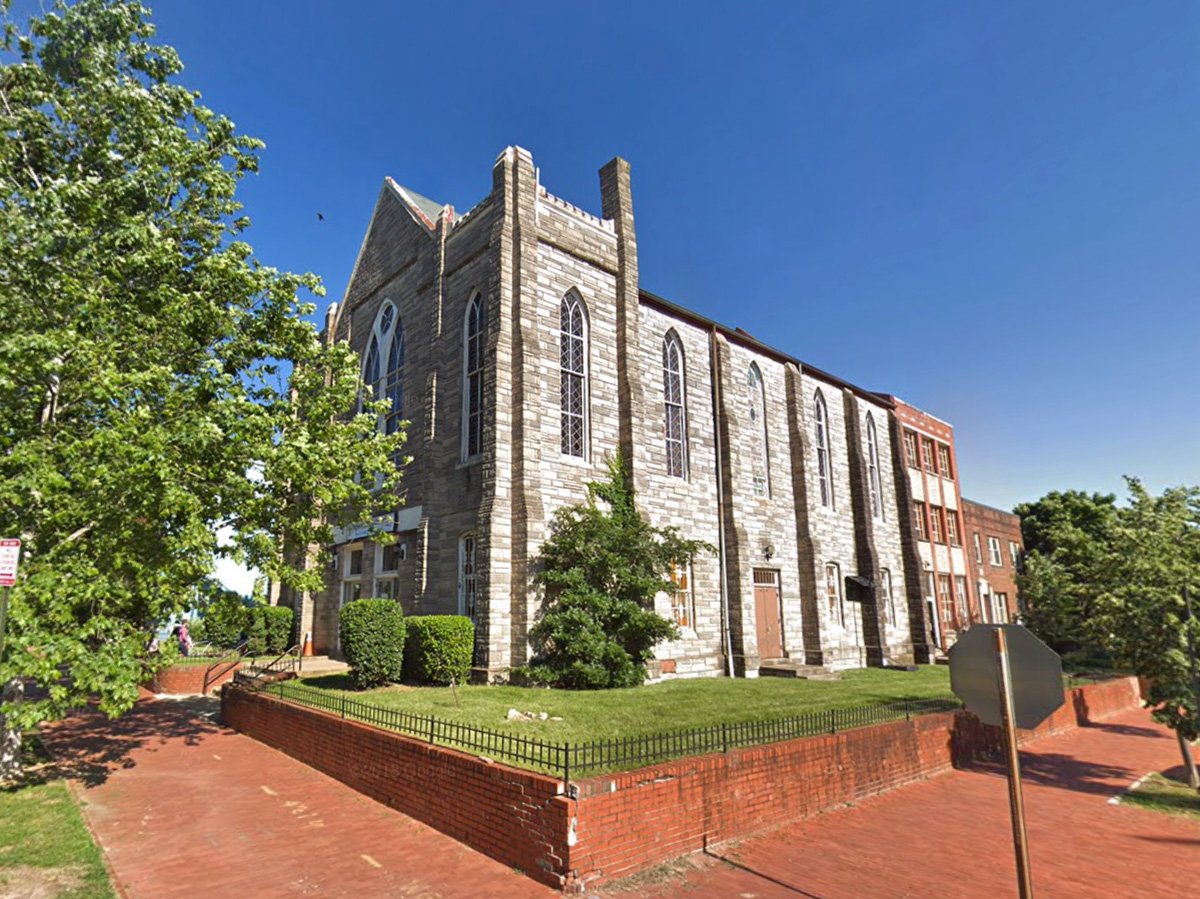 Church of the Resurrection purchased this historic church building in Washington, D.C., in January 2021. Image courtesy of Google Maps

The Rev. Matthew Wilcoxen, a former associate rector of Rez and a witness in the original investigation, said he believes the investigation was not fair to Claire. Though he hasn’t seen the final report, he told RNS he has seen parts of the report where his testimony was included and said his statements about Claire were “slanted’ and given a “negative interpretation.” He added that Claire wasn’t presented with the opportunity for counsel or an advocate and “was never presented with concrete allegations prior to the investigation, and so was not able to call relevant witnesses.”

Wilcoxen, who is now a rector at a parish in Sydney, Australia, and noted he doesn’t speak for current Rez leadership, said he thinks the investigation was stacked against Claire. Even so, he added, Claire was technically “cleared” by the investigation because it didn’t uncover a canonically actionable offense.

The reported survivors maintain the investigation didn’t result in actionable charges because spiritual abuse is not explicitly in the canons. However, they argue, this doesn’t mean Claire should evade accountability. Their letter says Claire should be charged with “conduct giving just cause for scandal or offense, including the abuse of ecclesiastical power or financial malfeasance not otherwise actionable,” among other charges in the Christ Our Hope canons.

After the first investigation was deemed insufficient, the diocese eventually hired a second firm, Grand River Solutions, to assess the diocese’s handling of the abuse allegations against Claire.

Since then, reported survivors say the diocese has dismissed questions and denied requests to show them the contract between the dioceses and GRS. They add that Breedlove has not answered whether the confidential information survivors provided for the previous investigation will be used in the subsequent investigation, or whether the new investigative report will be made public. And while they say Breedlove was supposed to present an admonition against Claire on March 18, the nature and content of that admonition is unclear.

“At no point was justice for us as victims front and center,” one former Rez employee said. “It’s just been the institution looking after itself and its own, and that’s what’s been most hurtful, overall.”

The open letter takes issue with the fact that Claire has remained in his current position and says the diocese “has failed to mitigate the risk of abuse to additional people,” all while “new victims have come forward.”

For his part, Wilcoxen said he believes the situation is “a case of very normal, relational conflicts and dysfunctions” within a church environment that have “been put into the prism of this vague category of spiritual abuse, and this notion of believing victims.” These concepts have been weaponized to prevent the conflicts from being appropriately addressed, according to Wilcoxen.

The reported survivors pointed out that 10 survivors came forward in the initial investigation and that Wilcoxen hasn’t spoken directly with any of them about their accusations.

“It is of course expected that there would be conflicts and misunderstandings between pastors and parishioners, or between pastors and their staff,” said a former employee in an email. “However, the nature and pattern of the conflicts and difficulties experienced with Dan by numerous people, over many years, fall far outside those general parameters of expected conflict.”

Christ Our Hope isn’t the only ACNA diocese to be grappling with abuse allegations. For months, the Upper Midwest Diocese has been working to address allegations of ecclesial abuse and sexual abuse. ACNAtoo launched in June 2021 as a platform to hold ACNA leaders accountable for all forms of abuse.

“Spiritual abuse is worthy of attention and accountability because it is incredibly destructive,” ACNAtoo advocate Abbi Nye told RNS. “Since it is tied to how people view God and how God views them, it can be crippling in every aspect of life. It leaves its victims debilitated and despairing, even cut off from their God.”

The ACNAtoo open letter requests that, in addition to apologizing to victims and holding Claire accountable for his “alleged sins,” the diocese publicly release the contract it signed with GRS and share the full investigative report at the request of reported victims who were involved in the investigation.

“This is the most messed up situation regarding a church I’ve been part of, but God can make this new,” said one former Rez member. “We would shed tears of joy if there would be a turnaround and people would apologize, start this over, listen to us, hold themselves accountable for what has happened. We are so ready to forgive … but for that to happen, there needs to be repentance.”