VATICAN CITY (RNS) — Cardinal Angelo Becciu laid out his version of events at the heart of the Vatican’s megatrial about the purchase of real estate in London using a charitable fund, touching in his testimony on his rivalry with Cardinal George Pell and his relationship with Italian political analyst Cecilia Marogna.

As he has over the past two years, Becciu, formerly the Vatican’s third-highest-ranking official and the first cardinal in memory to face trial at the Vatican, claimed he is bewildered by the accusations against him of embezzlement, witness tampering and abuse of office.

“I was thrown on the front page of newspapers, almost like a monster,” Becciu said. “For over a year and a half I am tormented by one question: Why? Why have these defamatory things been said to the pope?”

Besides the charges in the real-estate matter, Becciu faces accusations that he misdirected funds belonging to the Italian bishops’ conference and the Secretariat to a charitable organization in Sardinia run by his brother Antonino. It’s also been alleged that he sent thousands of dollars to Australia to spur on charges of sexual abuse against Pell, whom Pope Francis had appointed as a financial watchdog. (Pell was eventually acquitted on appeal.)

Becciu denied both accusations, saying, “None, not even one of my relatives enriched themselves” with the money sent to Sardinia.

He said the payment that went to Australia was used to buy an internet domain and showed the court a letter signed by Secretary of State Cardinal Pietro Parolin to support his claim. Becciu also claimed that Pell himself signed the authorization for the payment, adding that he was “sorry that Cardinal Pell has stumbled into this misunderstanding.”

It was the accusation about Sardinia, Becciu said, that Francis primarily confronted him about during the audience that led to Becciu’s being stripped of all but his title of cardinal in September 2020 — “the mother of all my misfortune,” he termed it. 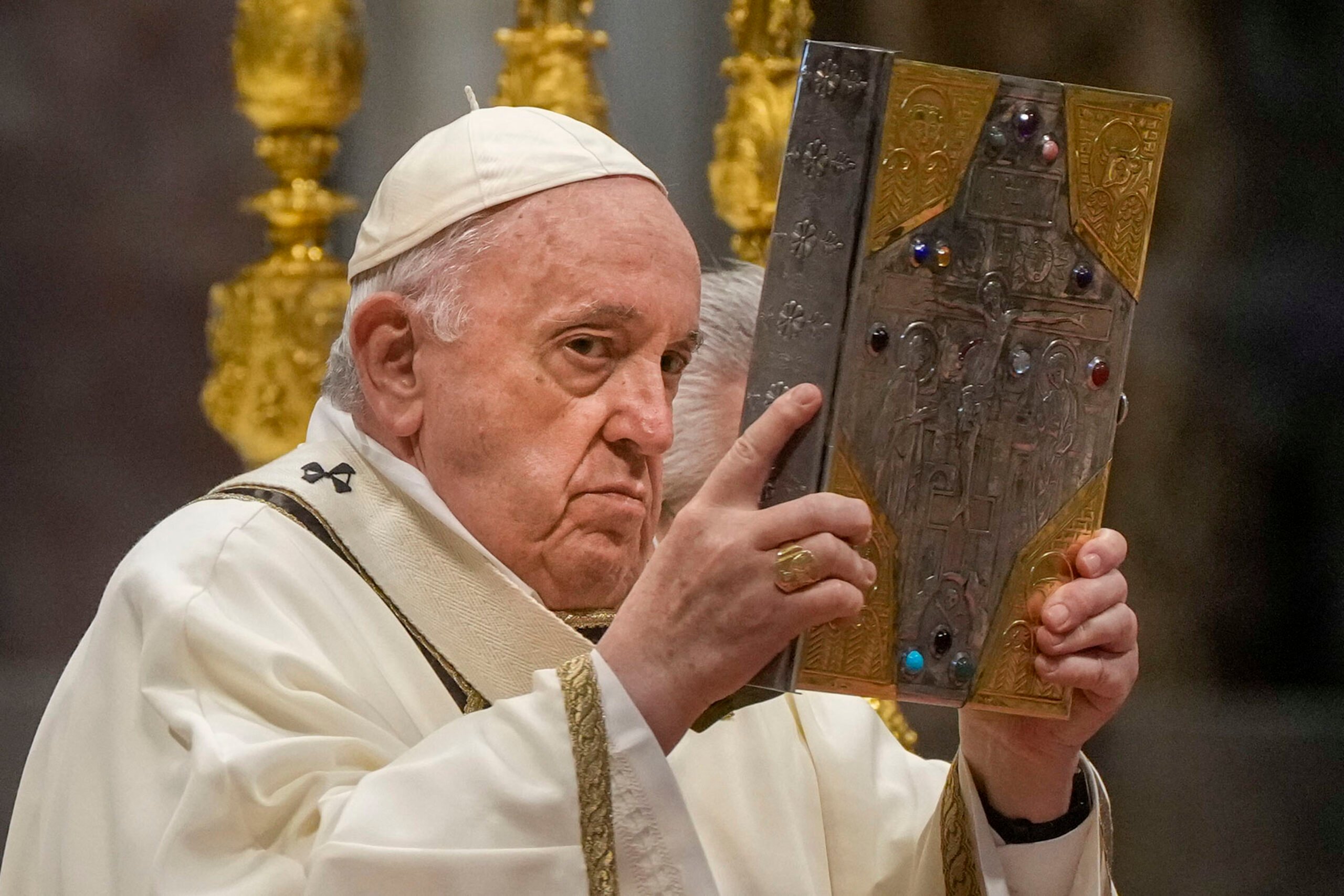 Becciu served as substitute, equivalent to deputy chief of staff, in 2014 when the Vatican’s Secretariat of State embarked on the purchase of an apartment complex in London’s Chelsea neighborhood, using funds from Peter’s Pence, comprising contributions from Catholics around the world to the pope’s charitable work.

The deal proved ruinous, losing a staggering $384 million, according to Vatican prosecutors. Becciu is among 10 defendants at trial, who prosecutors say had a part in the purchase and who have been accused of crimes ranging from misuse of their offices to money laundering.

Becciu’s testimony lasted for more than two hours, much of it revealing the inner workings of the Secretariat of State’s financial operations and the thinking behind the deal.

The cardinal told the tribunal of judges overseeing the trial that the purchase was approved by both Pope Francis and his second-in-command, Parolin. Becciu also underlined that he did not make any decision without having previously consulted Monsignor Alberto Perlasca, who formerly headed the Secretariat’s administrative office.

Becciu called the charge that he misused Vatican funds “unfounded accusations,” saying that his authority as substitute included administering the Secretariat’s accounts, which he claims contained roughly $700 million when he took the job in 2011. “There was never any objection” from Parolin or the pope regarding the investments, he said. 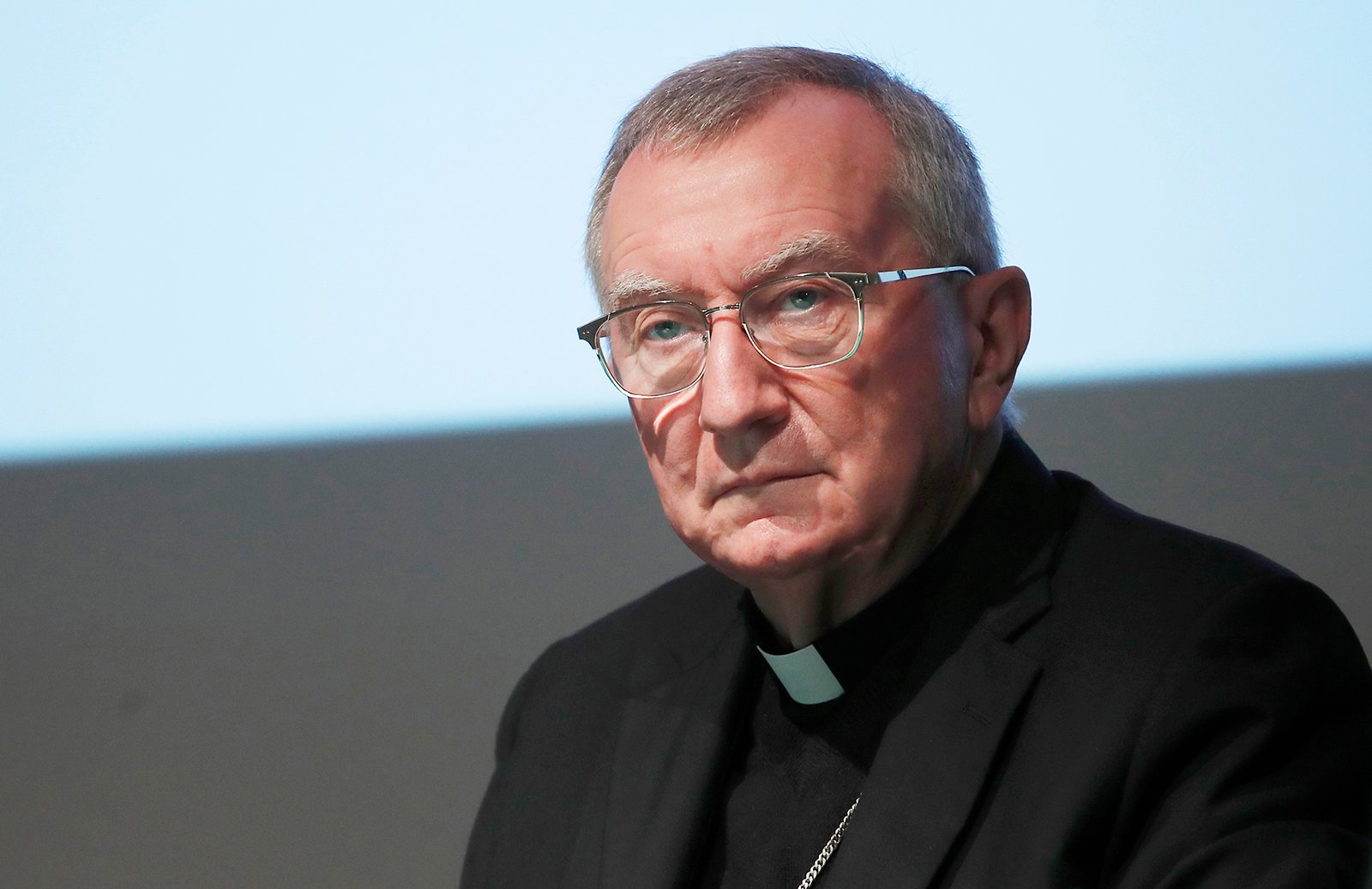 Becciu said the Secretariat of State did not fall under the jurisdiction of auditors, bankers or managers at the Vatican, characterizing it as “an ivory tower.”

The motivation for the deal, he claimed, was the need for cash to finance the operations of the Roman Curia, the Vatican’s bureaucracy. “We were forced to invest and find the money,” he said.

Becciu said Perlasca warded him off his suggestion that the Secretariat invest in an oil rig in Angola, where he had served as papal representative earlier in his career. Others in the Secretariat decided to invest in the London property instead, and he had no role in setting up the deal, he said. Becciu criticized Perlasca for not informing him of the details of the deal “when I was his superior.“

Becciu rebutted the idea that the money for the investment came from Peter’s Pence, saying the purchase came out of reserve funds of the Secretariat.

He said Perlasca, initially a focus of the investigations before becoming a witness in the proceedings, regarded his office at the Secretariat as “a small kingdom that he felt he headed.”

“In all my administration, I never made a decision on financial matters” without Perlasca’s advice, Becciu said. 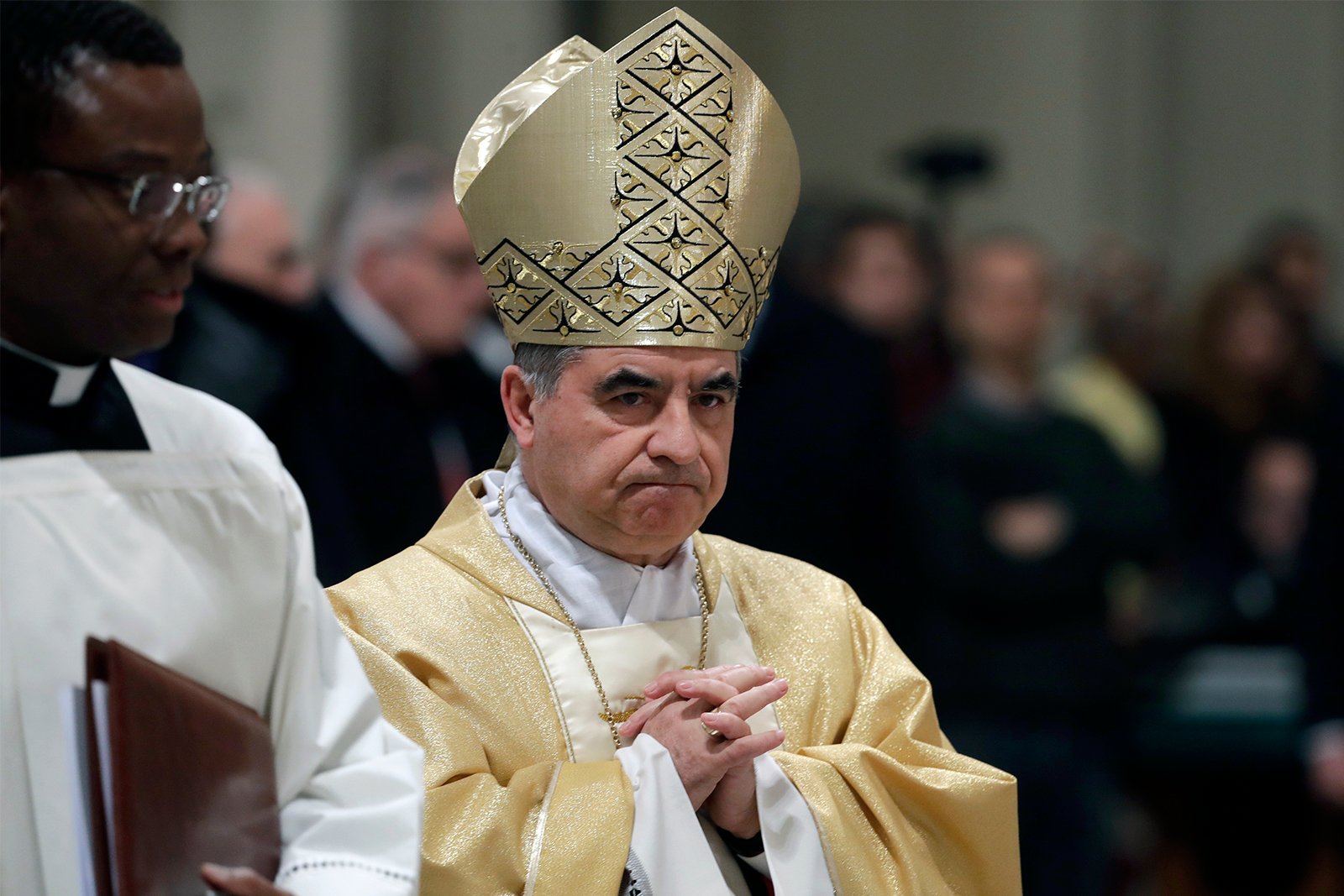 After Perlasca was fired from the Secretariat, Becciu testified, the monsignor was depressed and talked about a desire to kill himself in early July 2020. Becciu said that Geneviève Putignani, a rich Italian who Becciu claimed had paid Perlasca handsomely to perform Masses for her after her death, lobbied the cardinal to come to Perlasca’s defense after his ouster.

In a 2020 interview in the Italian newspaper La Verità, Putignani said Becciu had accused her of plotting against him while “blaspheming God and yelling things against the pope.” Becciu has filed defamation claims against both Putignani and Perlasca.

The Italian press was most avid, perhaps, to hear the cardinal explain his relationship with Marogna, whom reporters have dubbed “the cardinal’s lady.” Becciu said the intelligence analyst helped negotiate the liberation of a Colombian nun kidnapped in Mali, claiming that “every step of this operation was approved by the Holy Father.” Colombian nun Gloria Cecilia Narvaez, who was held captive for nearly five years by a Mali-based Islamic insurgency, places her hands on her face during a news conference in Bogota, Colombia, Nov. 19, 2021. The nun, who was seized near the border with Burkina Faso and held since Feb. 7, 2017, was released on Oct. 9, 2021. (AP Photo/Ivan Valencia)

According to media reports, Marogna was paid $587,900, which she spent on luxury goods, but Becciu said that “no amount had been destined as compensation for Marogna,” though he planned to pay her for her work.

He expressed “strong indignation” to allegations that he had a romantic relationship with Marogna, whom he said he respected for her knowledge on global issues.