(RNS) — At approximately 2:30 p.m. ET on Saturday, a white supremacist terrorist — motivated by a fear that whites were being “replaced” by immigrants and the growth of nonwhite Americans — massacred 10 people and injured three others in a predominantly Black neighborhood in Buffalo, New York. As this 18-year-old young man unleashed a deadly barrage of more than 70 rounds from an assault rifle with the N-word emblazoned on the barrel, I was sitting on a hill in Mendota Heights, Minnesota.

I was learning more about how central demographic and cultural replacement has been to white supremacy in this country — plainly evident in the systematic genocide and removal of Native Americans from their historic lands by white European settlers, backed by our nation’s military and government. You can see the violent logic of white replacement in the soil itself and in the competing names that have been assigned to that hill, a 350-foot-high bluff overlooking the confluence of the Minnesota and Mississippi Rivers. 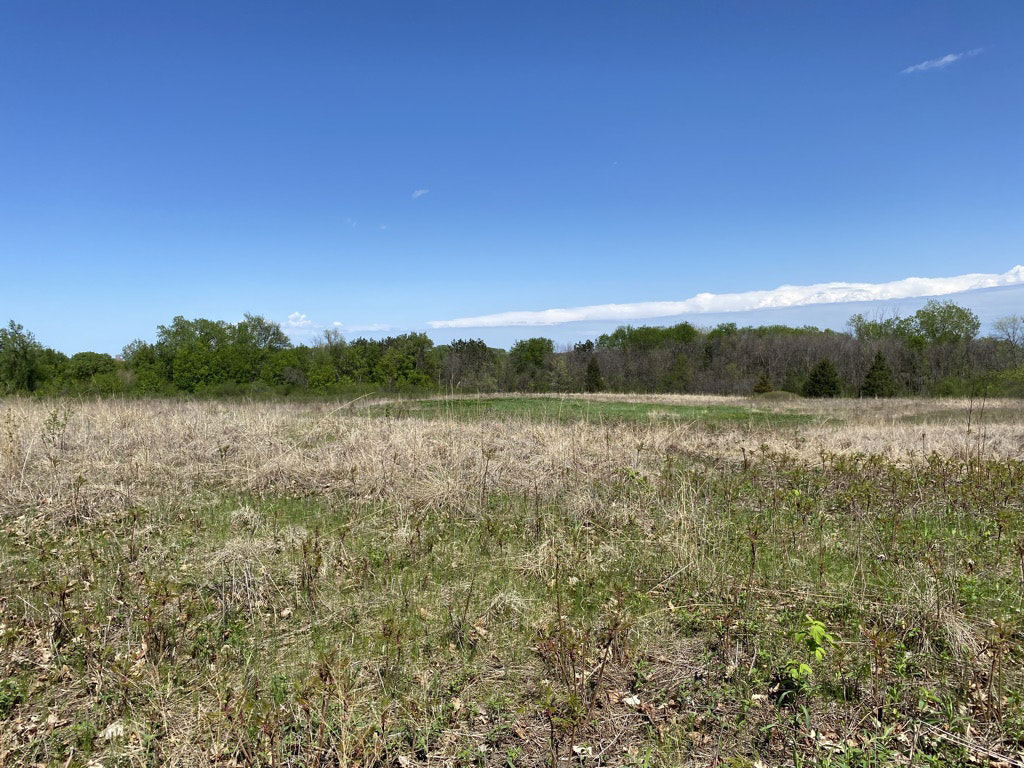 In documented history back to the early 1800s and in oral Native American traditions reaching much farther, this land was known as “Oheyawahi” (the place much visited). It served as a sacred burial and ceremonial space for the Dakota people. Early French fur traders acknowledged it as “La Butte des Morts” (hill of the dead). As white settlers increased in Minnesota in the mid-1800s, the place became known in English as Pilot Knob, because its geographic distinctiveness allowed riverboat captains, with their cargoes of goods and guns, to safely mark their position on their missions supporting white proliferation along the great rivers.

In 1925, most of the hill was purchased by the Masons and christened “Acacia Cemetery,” after a sprig used in Masonic funeral ceremonies. Early advertisements declared the land was to be “dedicated to the exclusive and perpetual use of Masons and their families.” An extensive landscaping and monument construction plan removed more than 20 vertical feet from the top of the hill, a process that conveniently cleansed the land of most Native American remains. Some bones, most of which likely belonged to Dakota people, were collected haphazardly in a vault at the periphery of the property when they marred the landscaping plan or trespassed on a purchased white burial plot.

After the tour concluded, I left Mendota Heights for a different kind of sacred space, George Floyd Square in Minneapolis. Memorials to George Floyd and other victims of police violence at George Floyd Square in Minneapolis, Minnesota. Photo by Robert P. Jones

I had learned, serendipitously (providentially?), that my visit would coincide with an outdoor performance of “Beyoncé Mass,” a womanist worship service — curated by the Rev. Yolanda Norton, the H. Eugene Farlough Chair of Black Church Studies at San Francisco Theological Seminary — that uses the music and life of Beyoncé to foster an empowering conversation about Black women.

RELATED: Beyoncé Mass replaces hymns with ‘Survivor’ and ‘Flaws and All’

After getting over my self-consciousness as a white man in this space lifting up and honoring Black women, I fell into the worship experience. I hadn’t heard the horrific news about Buffalo yet. But Norton’s sermon, and the experience of passing the peace and taking Communion among that gathering of 80 or so people from all walks of life, sustained me when I finally heard that yet another act of racial violence had been committed by a person who looks like me.

I’m sure Norton had not heard the news either, but her words were prophetic. Or perhaps that’s not even the right word. In our current context, this is simply a description of lived reality.

But over the opening notes of Beyoncé’s “Halo,” which preceded Communion, Norton also offered these words of hope:

Repentance is not a one-time thing, but a developmental process, a journey that requires a confrontational truth-telling. The liberation and healing of the oppressed. Repentance and conversion of the oppressor. The building of the beloved community. 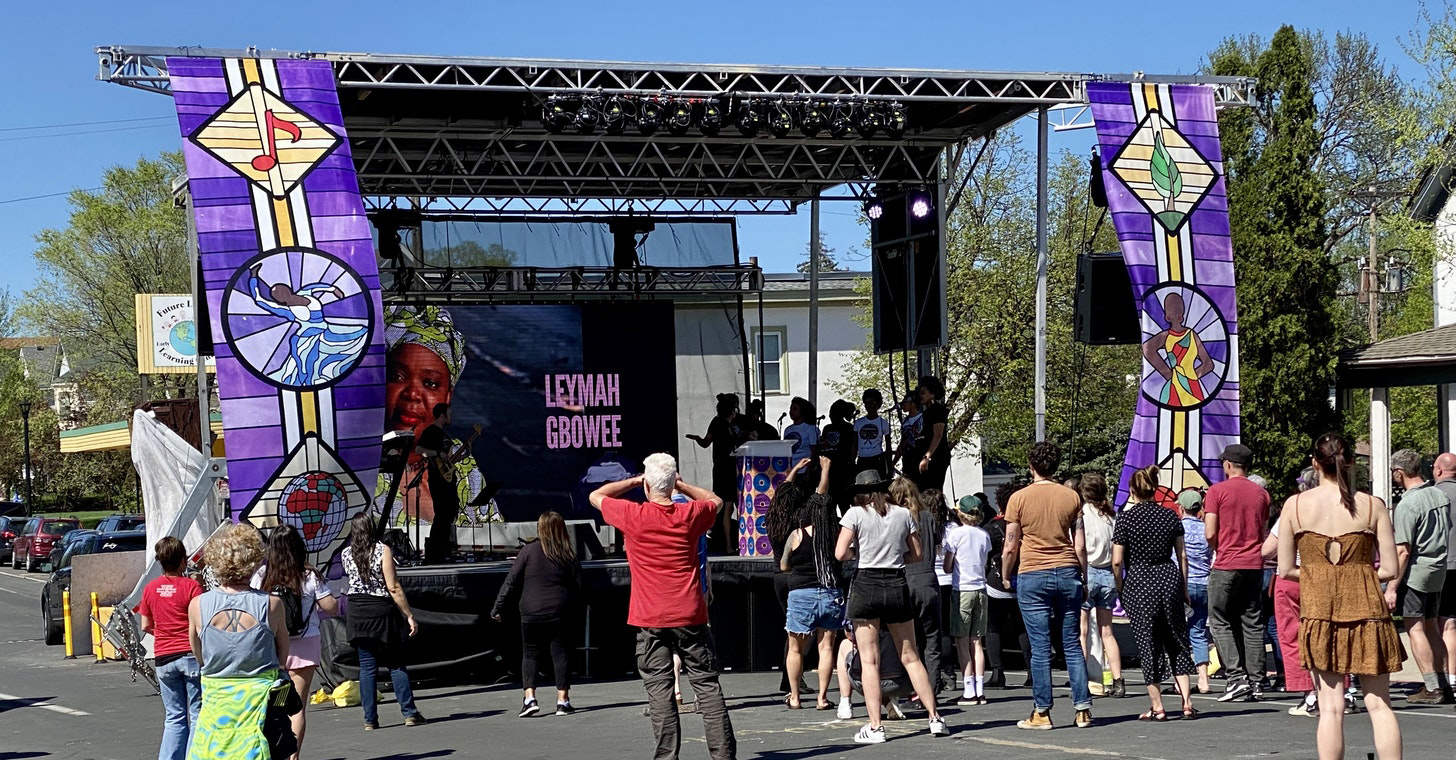 After the immediate shock of the shootings abated, those words came back to me: repentance and conversion, the healing of both the oppressed and the oppressor. The building of the beloved community.

We white Christians have learned these words. I mean, we know them. And we love to quote them in Januaries. But we must, once and for all, get clear about the stakes before we again utter mere lip service to the Rev. Martin Luther King Jr.’s vision.

The beloved community is the repudiation of the violent theology of replacement germinating in white supremacy. We white Christians must figure out how to drag ourselves and our peers to kneel at the altar of repentance. We must confess our complicity in the heretical and only half-unconscious belief that God has ordained whites to replace — that is to say, to kill and displace — others, and that, once accomplished, white dominance is to be perpetually preserved as the divinely approved state of affairs.

RELATED: From Charleston to Pittsburgh to Buffalo, their blood cries out

Here’s a simple test to assess our communities. If our pastors and Sunday school leaders did not talk this Sunday about the 10 human beings killed by white supremacy and justified by a depraved vision of European Christendom, we are responsible. If even our confrontations with our congregations about our complicit silence are met with a collective shrug, white supremacy is being blessed by our apathy.

The last words I heard while sitting on Oheyawahi with a group of white evangelicals came from the Rev. Jim Bear Jacobs, a member of the Stockbridge-Munsee Mohican Nation and the director of racial justice for the Minnesota Council of Churches:

I don’t need white Christians to be smarter. I need them to be better.

Through local activism, 125 acres of that sacred hill — including the land on which I sat Saturday — have been protected from additional desecration and development by being placed on the National Register of Historic Places. Under the watch of a local nonprofit, the land is being restored to an oak savannah, slowly healing from the wounds of the past.

The belief that America is a kind of promised land for European white Christians (a view held, by the way, by 52% of white evangelical Protestants and by more than one-third of white mainline Protestants and white Catholics) cannot coexist with the beloved community. We have to make a choice between these incompatible visions of America: one that replaces, one that shares; one that kills, one that heals.