(RNS) — A prominent Boston Hispanic Pentecostal pastor, known for his church’s social programs and conservative teaching, has died, according to his church.

Pastor Roberto Miranda’s death was announced Sunday (May 22) during services at Congregation Lion of Judah in Boston, which was streamed online.

“So many of those of you who are joining us watching this and hearing this for the very first time, we’re just simply letting them know that our senior pastor, beloved of all of us, Roberto Miranda, has graduated,” said Brandt Gillespie, who was leading the service at Lion of Judah.

“He has gone. He is in the presence of the Lord.”

The announcement came after the congregation at Lion of Judah, a bilingual church also known as Congregación Leon de Judá, sang “It Is Well With My Soul,” a popular hymn with lyrics written by Horatio Spafford in the 1870s, after his children died in a shipwreck. The story of the song’s writing had been told during a sermon at the church the previous week.

Gillespie led the congregation in singing a refrain of the hymn and told them it was alright to grieve their beloved pastor.

“It’s going to take a long journey to come to grips with this,” said Gillespie.

Miranda, who was born in 1955, became pastor of what was a modest Hispanic congregation of about 60 people after earning a doctorate from Harvard. He had hoped to become a professor of Romance languages but gave up his dreams of teaching for the pastorate.

He served the church for nearly 40 years before his death on Saturday (May 21), according to a follow-up announcement on the Congregation Lion of Judah Facebook page.

The announcement said Miranda’s death was unexpected but did not list a cause of death.

“When he gave himself into the arms of our Lord, he was accompanied by whoever was his faithful companion for 38 years, our dear pastor Mercedes Lopez-Miranda ‘Meche,'” according to the announcement. 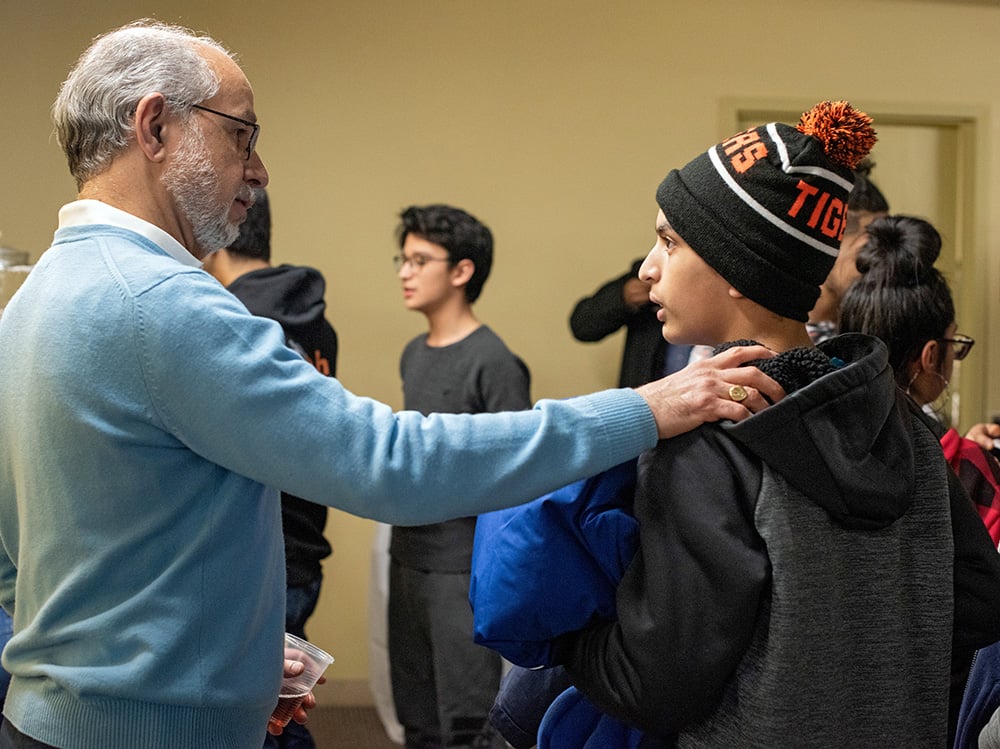 Under his leadership, Lion of Judah grew to a congregation of about 1,000 people, which draws people from 30 countries. The congregation runs social programs to minister to immigrants, serve the poor and help people overcome “anything that prevents people from becoming what God intended them to be,” Miranda told Religion News Service in 2019.

He also did not shy away from addressing hot-button issues from the pulpit, including his support for pro-immigration policies and his opposition to same-sex marriage.

“People felt that I had a kind of suicide complex,” he told RNS in 2019. “To undertake these issues from the pulpit was kind of dangerous, inflammatory and provoking … But I felt in my heart that I needed for people to know how I thought and how I felt about certain issues.”

Miranda was born in the Dominican Republic and immigrated to the US as a child to join his father. Academically gifted, he graduated from Phillips Academy, a prominent prep school whose alumni include Presidents George H.W. Bush and George W. Bush, and later attended Princeton and Harvard.

“He is out of the demographic of most Pentecostal pastors,” Arlene Sánchez-Walsh, an expert on Latino Pentecostalism at Azusa Pacific University in Los Angeles, told RNS in 2019. “The majority are either self-taught or come from Bible colleges and evangelical seminaries.”

Miranda was also known for believing that much of his work involved spiritual warfare.

“I have delivered people from demonic powers right where you are sitting,” he told RNS writer Jeff MacDonald who was seated on a couch in his office in 2019. “I have engaged in exorcisms over the years many, many times.”

Even after three decades of ministry, Miranda was still looking forward to the future.

“I see myself as a soldier, put in a lonely outpost, fulfilling an order and awaiting the next move,” Miranda said in 2019. “I’m not sure what it is. But I know it’s out there.”

A celebration of Miranda’s life will be held Friday night (May 27) at the church, with public visitation ahead of the service. A private family funeral will be held the following day.

RELATED:  A Mexican American evangelical examines how Latino identity is shaped by faith