(RNS) — In the dark of winter last December, a small group of Jews and Hindus came together at Peninsula Temple Beth El, a Reform movement synagogue in San Mateo, California, to celebrate their respective festivals of light: Diwali for the Hindus and Hanukkah for the Jews. The event, organized by members of the Peninsula Multifaith Coalition of the San Francisco Bay Area, brought the two groups together to learn and listen to the stories behind each other’s holidays that bring excitement as daylight dwindles.

“The event was beautiful,” said Pushpita Prasad, a Bay Area communications consultant and a Hindu who was one of about 40 people from both congregations to attend the one-day celebration. “It’s just such a great feeling being inside the synagogue. It’s so serene.”

But for Richard Heiman, a member of the synagogue, the event was as much about community building as sharing the two faiths’ special days. “The last two years have been difficult because of COVID,” Heiman said. “As we come out of it, though, we have tried to find ways to experiment.”

A year in which Easter, Passover and Eid al-Fitr, the celebration at the close of Ramadan, fell within two weeks of each other, followed quickly by the Sikh holiday Vaisakhi, just as COVID-19 seemed to lift, gave many Americans the opportunity to put their own faiths in perspective. 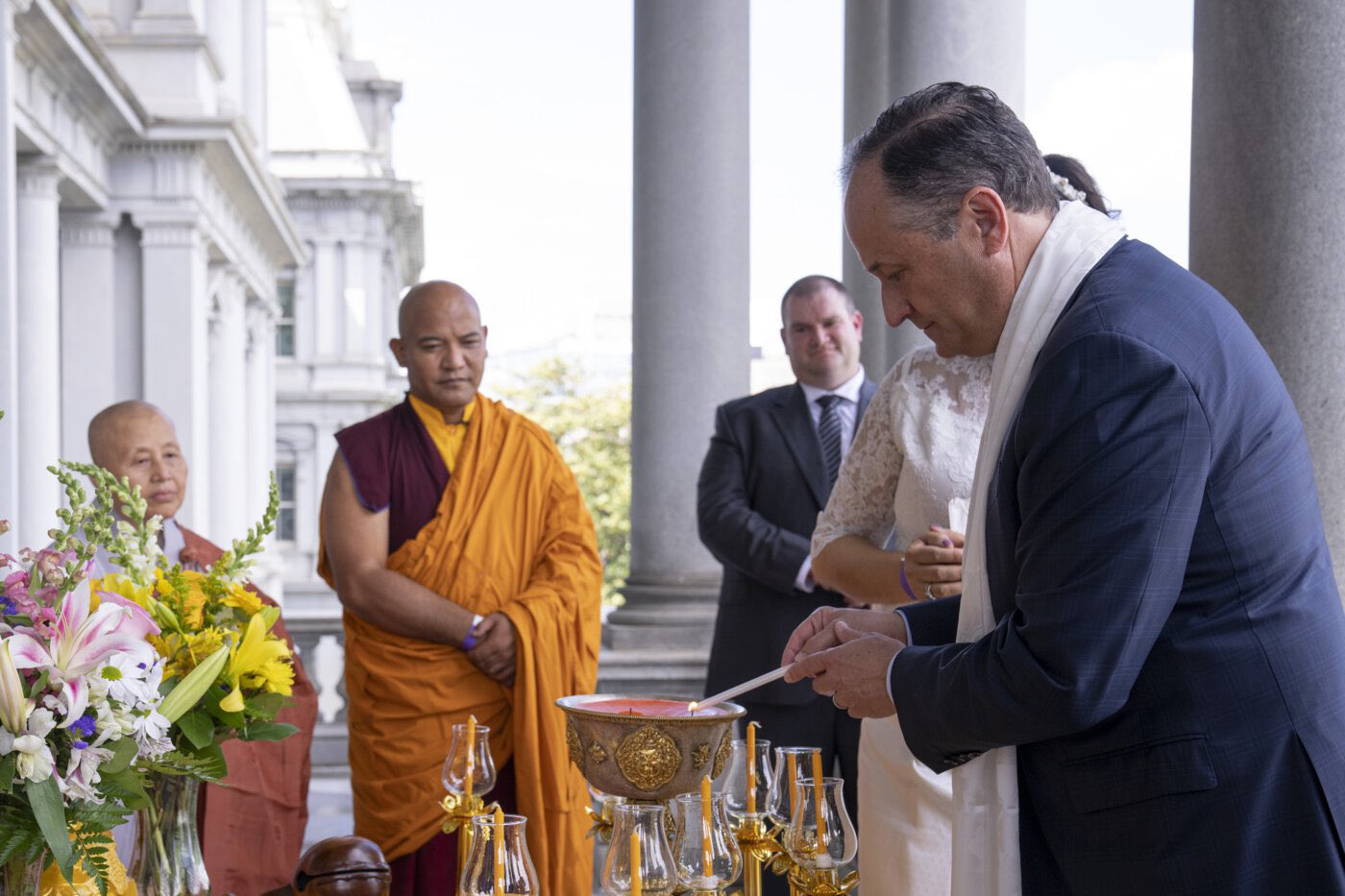 Second gentleman Douglas Emhoff lights a candle at the White House Vesak ceremony, May 15, 2022, in Washington. Photo courtesy of the International Buddhist Association of America

In a time when Vice President Kamala Harris and second gentleman Doug Emhoff have made history as the first interfaith couple to occupy their roles, and Emhoff, the first Jewish spouse of a president or vice president, has led Passover and Hanukkah celebrations at the White House, religious holidays remain siloed for average Americans. Unlike race, which has become an urgent topic for Americans to discuss and educated themselves (and others) about, faith remains a private practice.

Apart from the occasional prayer breakfast, faith is still considered too divisive to talk about, much less perform in public. Christians in particular tend to be ignorant of what are known as “minority faiths” but are major religions around the world and growing in the United States.

Millions of American can sing Christmas favorites such as “Silent Night” and “Deck the Halls” — and so can a number of Jews, Muslims, Hindus and Sikhs. Decorating a Christmas tree is so widely portrayed on TV or movies that nearly any American has a basic idea of how to do it.

The same may not be said about Hanukkah or Passover, much less Eid, Diwali or Vesak (Buddha’s birthday). 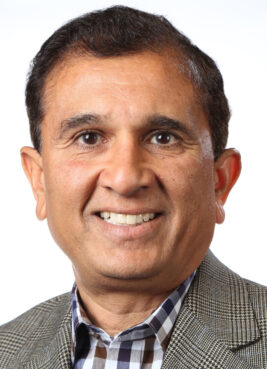 Dilip Amin, a member of Sanatan Mandir, a Hindu congregation in San Bruno, and director of the Peninsula Multifaith Coalition, believes that events like the shared festival of lights can invite people to address their assumptions about others. A “dharma ambassador” of the Hindu American Foundation, Amin came up with the idea of a joint celebration at Peninsula Temple Beth El.

“I may have my own preconceived notions about others based on some limited knowledge, but when you go and meet them and when you mix with them you realize, ‘Oh, they’re so great, great people,'” Amin said.

Amin said encountering people from outside of one’s own faith or cultural community challenges our assumptions. “Just go meet them, spend some time with them, ask them direct questions, whatever you have, and that will definitely clarify many misconceptions you may be carrying about.”

Adam Seligman, a professor of religion at Boston University who studies religious pluralism, said minority faiths, particularly Islam, have become more visible in the past two decades but still suffer from a lack of representation in the media, which prevents Christians and people of other faiths from learning about them.

For their part, Seligman said, “minorities tend to be insular because they’re afraid.” Since the 9/11 attacks in 2001, “they don’t want to necessarily attract attention to themselves,” he said, adding that Jews had similar fears in the 20th century.

Interfaith interaction may also be inhibited by fears of intermarriage. While according to a 2015 Pew Research Study nearly 40% of marriages in the United States are interfaith, communities often discourage them out of concern that the couple will practice the other spouse’s faith, or none. Jasbir Singh, left, and Vijay Singh wash a flagpole with milk as part of a ceremonial changing of the Sikh flag during Vaisakhi celebrations at Guru Nanak Darbar of Long Island, April 13, 2021, in Hicksville, New York. In a convergence that happens only rarely, Judaism’s Passover, Christianity’s Easter and Islam’s holy month of Ramadan overlapped in April with holy days for Buddhists, Baha’is, Sikhs, Jains and Hindus, offering different faith groups a chance to share meals and rituals in a range of interfaith events. (AP Photo/Jason DeCrow, File)

Perhaps the most active and increasingly intentional mutual learning comes at schools, from college multifaith programs such as the University of Houston’s A.D. Bruce Religion Center to elementary and middle schools. At St. Hilda’s & St. Hugh’s, a private Episcopal school in New York City, education about religion and religious diversity begins in first grade, according to the school chaplain, the Rev. Arden Strasser.

“Religion knowledge is obviously strongest in Christian tradition,” said Strasser, “but there’s a lot of time given to understanding other faiths, so that stereotypes don’t develop as kids grow into adulthood.”

Parents, who themselves come from a variety of traditions, including Judaism, Islam, Hinduism and Christianity, support the religious programming. Each year at least eight schoolwide presentations are held about the faiths represented in the student body.

Strasser said religious education is important for schoolchildren because, he believes, a shift occurs once human beings reach adulthood in how they approach the topic of religion. Most adults want to avoid the division they believe talking about religion can cause.

RELATED: Ramadan and Eid came back to mosques this year, but home prayer rooms are here to stay

“Talking about religion should be something that’s enjoyable and encouraging to people rather than something to be nervous about, but for most adults it is something you avoid because someone is going to make an assumption about you, if you are or not religious. People don’t want to make conversations hard, so they look for things that are common — like that are easier to talk about.”

Especially when “we don’t know enough about the other religion as well, instead of something that can be completely glorious, and lovely to talk about how someone sees the world and their lives, most people avoid it like the plague.”