ANAHEIM, Calif. (RNS) — A day after approving a series of reforms meant to address sexual abuse in their denomination, Southern Baptists at their national meeting approved a resolution Wednesday (June 15) apologizing to abuse survivors and asking for forgiveness.

They also called on U.S. state legislatures to create laws that make pastoral sexual misconduct a specific crime and punish those who prey on church members.

Georgia pastor Griffin Gulledge told the more than 8,100 local church delegates, known as messengers, attending the afternoon session of the second day of the SBC’s annual meeting that many states have laws forbidding doctors to have sex with their patients or therapists with their clients.

“It should be illegal for pastors to prey upon their own congregations,” said Gulledge, who said some states already have such laws on the books. “This convention should have no problem saying so.”

Gulledge said that a pastor who commits sexual misconduct involving a church member will often confess to a “moral failing,” before resigning and facing no legal consequences. “For every pastor in this room — you have nothing to worry about, unless you’re a sexual abuser,” Gulledge said in urging his fellow Southern Baptists to pass the resolution. “And then you should have the fear of God in you.”

The resolutions session marked the end of a tumultuous year in which messengers sent a clear signal that they wanted to address the issue of abuse after years of delay and resistance by leaders.

Last month, an investigation authorized by messengers at last year’s annual meeting in Nashville, Tennessee, found that SBC leaders had downplayed the issue of abuse in local churches for years while demonizing abuse survivors as enemies of the church. Ten survivors were named in the resolution. According to Bart Barber, the chair of the resolutions committee who was elected president of the SBC on Tuesday, each had given consent to be named.

Tiffany Thigpen, one of the abuse survivors named in the resolution, said the statement was a step forward.

“We’ve seen them fight for us this time,” Thigpen said. “We’ve seen some actions that have shown us that they’re trying to make the changes and do the right thing.”

On Wednesday, SBC leaders began discussing plans for what they called a “post-Roe” future, anticipating a Supreme Court decision later this month, which they expected would render abortion “illegal, unthinkable, and unnecessary.”

But they rejected pressure from some messengers who wanted the denomination to call for criminal penalties for women who have abortions if Roe v. Wade is overturned as expected.

“You are not going to get me to say I want to throw mothers behind bars,” said Brent Leatherwood, acting president of the denomination’s Ethics and Religious Liberty Commission. 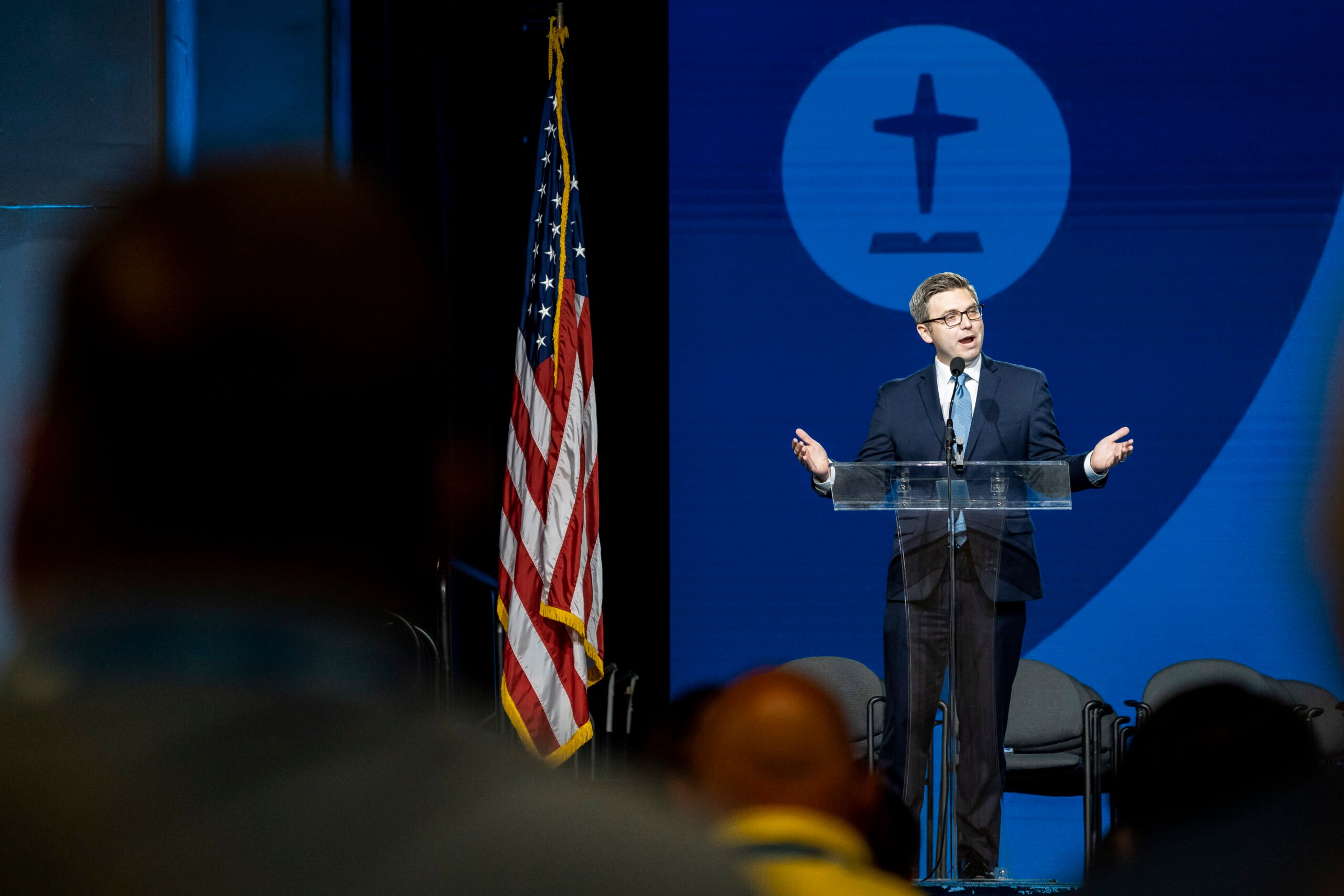 The ERLC has been criticized by so-called abolitionists who want to outlaw abortion with no exception because the ERLC was among several groups that sent an open letter to state legislatures urging them not to impose criminal penalties on women who have abortions.

In an interview after the session, Tennessee pastor Jared Moore said that abortion should be treated as murder and that unborn children need equal protection under the law. “We won’t get an end to abortion until they get equal protection,” he said.

Messengers also rejected a motion to dismantle the ERLC for being a divisive organization — something Leatherwood thanked them for.

Earlier in the day, outgoing convention President Ed Litton presented plans for the Unify Project he hopes to create with Southern Baptists and other Christians committed to racial reconciliation. Fred Luter, the first Black SBC president, and Tony Evans, whose Urban Alternative ministry is a partner in the plans, spoke in favor of the project.

“I am convinced this is the heart of the Southern Baptist Convention,” said Litton, “not to debate theories, but stick to the gospel of Jesus Christ as the solution to the most damaging wounds in our land.”