(RNS) — The nation’s second-largest Protestant denomination is dividing over intractable disagreements about human sexuality. After years of attempts from inside and outside to mediate the schism — at one point bringing in Kenneth R. Feinberg, who administered the 9/11 Victim Compensation Fund — the combatants are increasingly lawyering up and fighting dirty.

One figure at the center of the controversy is United Methodist Bishop Ken Carter. Since 2012, he has headed the UMC’s Florida Annual Conference (as Methodists call their regional bodies) and is now resident bishop of the Western North Carolina Annual Conference as well. During his stint as president of the UMC’s Council of Bishops, a small international team of bishops and other clergy tried to break through years of wrangling over the breakup of the denomination, negotiating the Protocol of Grace and Reconciliation Through Separation.

Tall and affable, Carter is by temperament, and in his positions, a moderate. He is also a consummate institutionalist, a label often used pejoratively but intended here generously: He is a defender and guardian of the UMC he loves so evidently.

Eight years ago, when I was covering a gathering of pro-life United Methodists in Washington, Carter delivered a sermon that thoughtfully and prophetically critiqued how United Methodists on both sides of the abortion debate behaved and thought. I left with the impression that if anyone could hold the UMC together, it was Carter.

I still believe that Carter would be that guy. But I realize now that my mistake and his is in believing that there is a middle ground in ecclesial battles over human sexuality.

Either churches will affirm same-sex marriage or they will not. Either they will ordain non-celibate LGBT people or they will not. There is no centrist place to be had. In practice, to be a “centrist” like Carter means alienating those who are not LGBT-affirming while losing the trust of progressives, as Carter knows all too well.

Carter has been quick to critique traditionalists for the (increasingly nasty) ways they have handled themselves. But he has also lost the ability to critique the progressive side, which involves stating an obvious truth: Lacking majority support to recast church law to match their beliefs, liberal United Methodists simply ignore offending passages of the Book of Discipline, the denomination’s governing text. They are living into the pro-LGBT denomination they want, not the anti-LGBT one that actually exists. 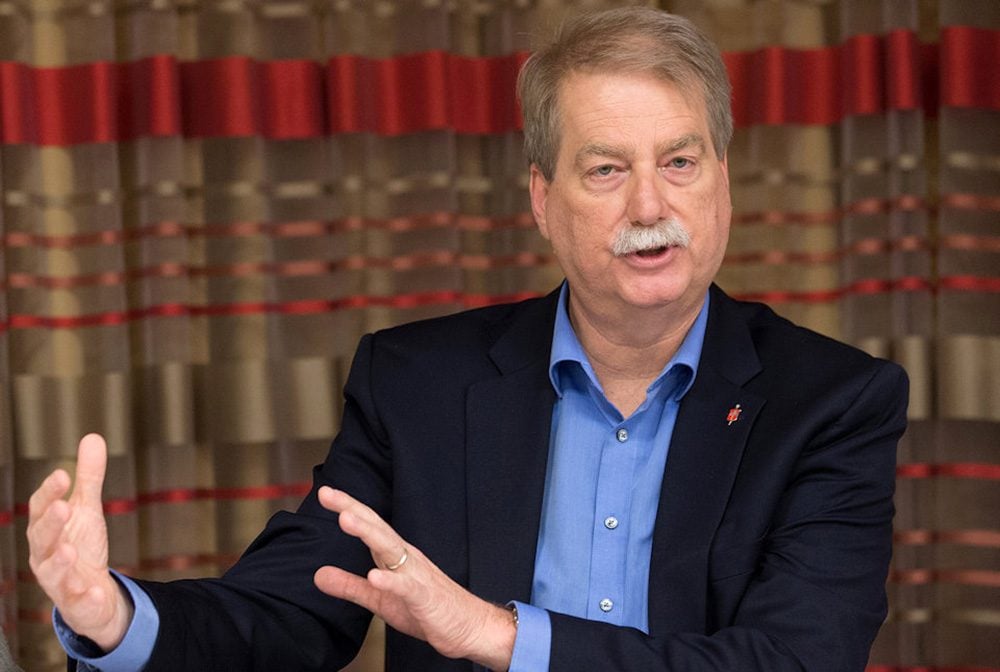 Bishop Kenneth H. Carter answers questions during a press conference about the United Methodist Church’s Way Forward plan at the conclusion of the church’s Council of Bishops meeting in Chicago in May 2018. Photo by Mike DuBose/UMNS

Another fantasy centrists adopt to accommodate progressives is the patently unbelievable notion that the only thing progressives wish to change is prohibitive language about same-sex relationships. Once they gain control over the church — or any church, as recent mainline Protestant history has shown — progressive Christians pursue further political and theological liberalization.

The centrist insistence that traditionalist clergy and churches would be respected within a liberalized UMC ,therefore, is at best undeliverable and at worst dishonest.

Progressives slow-pedaled the disaffiliation process, needlessly delaying a General Conference meeting a third time (pleading COVID-19 worries) and sandbagged the Protocol (which would have, among other things, given $25 million in seed money to the new, conservative Global Methodist Church). In its stead, they offer disaffiliation terms that traditionalists view as unfavorable.

Now the denomination is splitting without the progressives’ by-your-leave, beginning with lawsuits and legal threats in both of Carter’s episcopal areas.

Last month, traditionalists, forced to remain in the UMC for a longer time and at greater cost than they were once promised, enlisted a right-wing “nonprofit legal ministry” called the National Center for Life and Liberty to sue the Florida Annual Conference on behalf of more than 100 churches in a longshot bid to get civil courts to give them an easier, cheaper pathway to disaffiliation.

This week, the same group threatened to sue on behalf of 31 congregations in western North Carolina. A lawyer for the annual conference adeptly dismissed the clownish demand letter with a strongly argued 10-page corrective.

The traditionalists are fighting back by encouraging congregations to withhold giving to the denomination’s educational, humanitarian and missionary efforts worldwide. 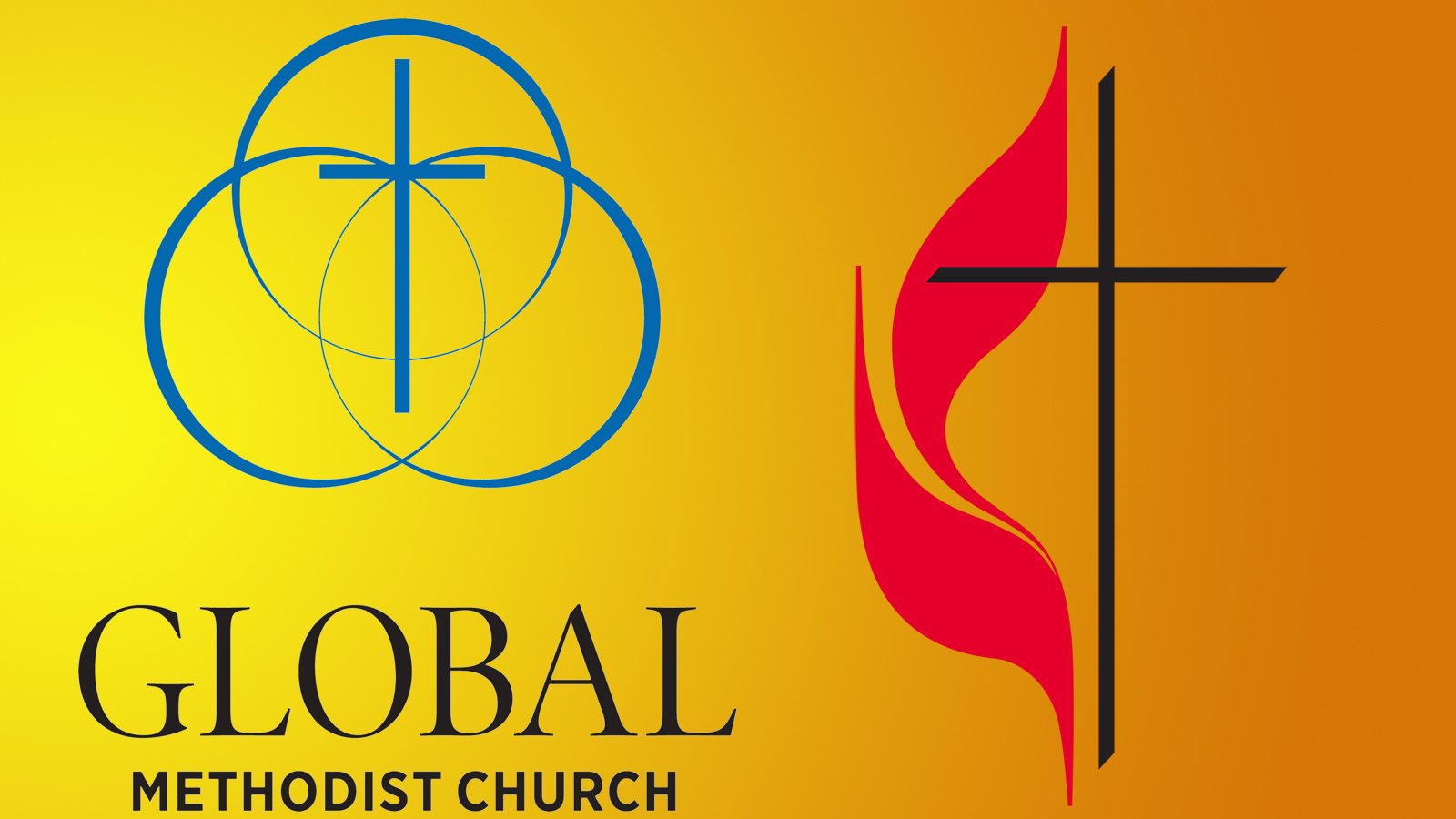 These tantrums, which cause lasting harm, are ugly instincts for a group of people who will be happily settled in the Global Methodist Church in a few years. The most generous interpretation of their hostility is that traditionalists are tired of petitioning to be allowed to leave with their buildings and property, quickly and without undue burdens. They are reacting in fear and anger because they feel past promises are not being honored.

Something has to give. And the only refrain I have consistently heard from United Methodists on both sides is that they want the bishops to offer more robust leadership.

The Protocol is dead, and the GMC may never see any of the $25 million it was banking on. But the need for the Protocol’s principles remains: Grace, reconciliation and deliberation. The UMC may not be too big to fail, but it is almost too complex to divide. After the split, aging liberals will still have a declining institution to nurse along. A clean split is still in everyone’s interest.

Carter and other retirement-age moderates could send the traditionalists once and for all with one more concession to their side. Progressives may complain in the short-run, but the alternative is a protracted, litigious future of graceless ecclesial ugliness neither side has yet even contemplated.

Unless something changes, that’s the path Methodist leaders are choosing.