(RNS) — When I moved to Atlanta in September of 2020, the first thing I did was register to vote.

I was excited to support the campaign of Jon Ossoff and cast my vote for the Rev. Raphael Warnock, a man I know and admire. It was a slight consolation for not having been able to vote for Stacey Abrams in the 2018 gubernatorial election and, while I was always in support of Sen. Kamala Harris and her pursuit of the White House, I — like most Abrams supporters — felt some kind of way when it became clear it would not be a Biden-Abrams 2020 ticket.

Fast-forward to 2022. At an early voting station housed at Berean Christian Church in Stone Mountain, I found myself voting for Warnock again, along with a slew of other candidates and referendum questions. But this time, I was able to do what I’ve wanted to do since I became a Georgia resident: Vote Stacey Abrams for governor. Given the voter suppression during their previous matchup and incumbent Brian Kemp’s retributive politics during a moment where all the progress of recent decades is disappearing, I was sure Georgians would make the right choice.

Breaking news: They didn’t. As results continued to pour in, I asked myself what it would take for Abrams to win. How can someone be so accomplished and equipped for the moment at hand and be denied? Unfortunately, that is the nature of politics — it is a game, after all. You will win some elections and you will lose others. Most politicians will tell you that you can’t take it personally, even if they don’t believe that themselves.

Despite my frustrations, I was ready to let it go. The beauty of a democracy is that, when it is unencumbered, the people can speak and say what they want. Georgia wants another four years of Kemp and it is so. And, as I have come to know this place as home, I will continue to fight for equality and equity no matter who is in power. Because the truth is, even if Abrams had won, we still would have had to hold her accountable to Georgia’s highest good — as we would any elected official.

But, just as we were accepting the results, something weird happened. Instead of an analysis of every aspect of that race, the conversation shifted toward heralding Abrams as our “Moses.” It was first put forth by MSNBC’s Joe Scarborough and the Rev. Al Sharpton and then New York Times columnist Charles M. Blow said he fears the plight of Moses is Abrams’ story, too.

In essence, these men used Moses’ leadership of the children of Israel out of enslavement and into the Promised Land as illustrative of Abrams’ work to weed out voter suppression and galvanize voters, ensuring fair and ethical elections. They made it clear the Democratic Party’s ability to maintain control of the Senate is thanks to Abrams. And they equated Moses’ inability to enter the Promised Land alongside the children of Israel with Abrams’ inability to enter the winner’s circle alongside other Democratic candidates.

The issues with such an analysis are legion. As we rightly call out the dangers of Christian nationalism on the right, we must be willing to acknowledge when Christianity is also weaponized by the left. The breadth of support Abrams received extended far beyond Christian voters — or Jewish voters, for that matter. While we all understand media talking points and political theater, to reduce what she experienced to a Bible story is what we millennials call doing the most with the least.

Not to mention, it’s totally inaccurate. When you actually read the story of Moses, you know that Moses was forbidden to enter into the Promised Land because of his disobedience. Watching the children enter without him was a consequence of his willful disregard of divine instruction. That’s not why Abrams lost. God didn’t tell her to do one thing and she did another, resulting in the consequence of being barred from the governor’s mansion. Abrams didn’t enter the promised land for one reason: She’s a Black woman.

Black women know all too well what it means to desire a thing, be qualified for it and have numerous roadblocks and obstacles in our path. When we clear those obstacles, there is resentment for making it over because we weren’t supposed to. And when we don’t clear them, our stumbles are solely our fault. The excuses for not voting for Abrams run the gamut but they are just that — excuses. And, being a Black woman looking at exit poll data, I say it makes perfect sense that less than 30% of white Georgians, half of Latinx Georgians and only 84% of Black men voted for Abrams, compared with 93% of Black women. Intersectional oppression, skewed social dynamics and regressive ideologies do sisters no favors.

Having all of this converge to experience defeat again does not make Abrams our Moses. She is not a man who squandered the opportunity of a lifetime simply because he couldn’t control his frustrations or handle his emotions. She is a Black woman who tried to bring revolutionary change to a deeply red state. Though the commentary likening her to the Old Testament icon is undoubtedly to assuage the pain of such a loss, we do her nor the sociopolitical dogma she and other Black women must overcome any favors when we don’t tell the truth.

When Hillary Clinton lost the presidential election to Donald Trump in 2016, many Black women reflected that the loss of a such an accomplished white woman signaled how impossible it would ever be for a Black woman to achieve the same. Unfortunately, we have to look no further than Abrams as validation of those concerns. 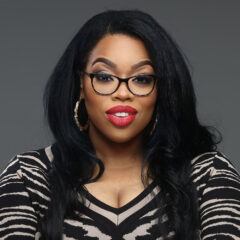 I live in a country that has never seen a Black woman governor, and I live in a state that refuses to elect one. That sobering reality deserves more than trite religious commentary. It deserves critical analysis and real interventions.

(Candice Marie Benbow is a public theologian and the author of “Red Lip Theology: For Church Girls Who’ve Considered Tithing to the Beauty Supply Store When Sunday Morning Isn’t Enough.” The views expressed in this commentary do not necessarily reflect those of Religion News Service.) 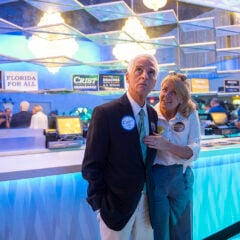 News
Bowing to voters, candidates concede with help from a higher power
Follow us on Facebook!
Submit your photos to RNS