(RNS) — In his biweekly email to evangelical Christian pastors, David Lane, a political operative based in Texas and leader of the American Renewal Project, described former President Donald Trump as out of touch, driven by personal grievances and self-importance.

“Unfortunately, the former president’s penchant for settling political scores and his compulsion to keep the spotlight upon himself have both become threadbare and trite,” Lane’s email said.

Titled “Why did the red wave die on the vine?,” the email was sent Tuesday (Nov. 29) to some 70,000 subscribers of the American Renewal Project, which is dedicated to mobilizing evangelical pastors to run for office.

Lane’s email was a sign of a growing willingness on the part of evangelicals to criticize the former president. In Trump’s 2016 run for the White House and throughout his failed 2020 campaign, white evangelicals were his most stalwart supporters, with about 80% of white evangelicals voting for him. Despite leaked tapes capturing sexual indiscretion and the rank and file’s general reluctance to describe him as morally upstanding, ordained evangelicals especially presented a near united front in support for Trump.

In the weeks since Trump announced he is running for election again in 2024, however, it appears something has changed.

Lane lauded Trump’s accomplishments in his email, including his “blue-collar patriotism” and “his fight to place constitutional traditionalists on the U.S. Supreme Court and U.S. Courts of Appeals.” 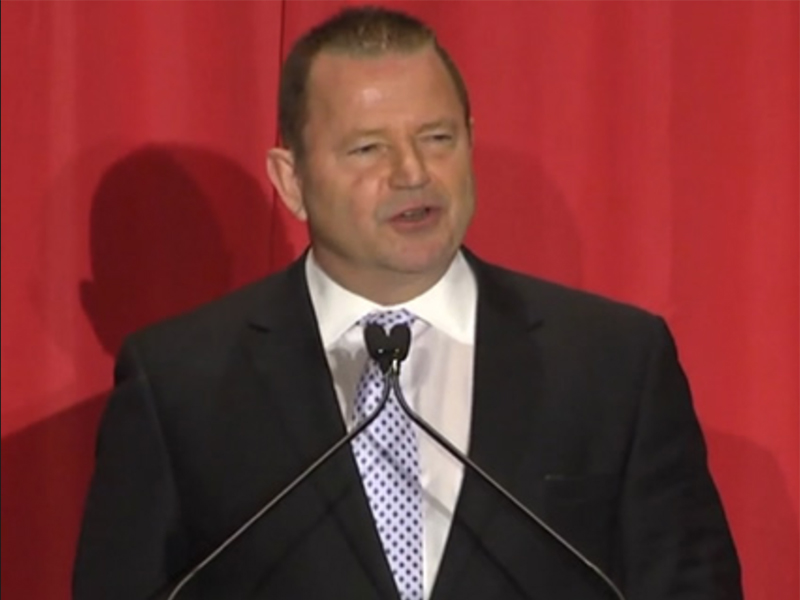 But Lane added, “His vision of making America as a nation great again has been put on the sidelines, while the mission and the message are now subordinate to personal grievances and self-importance.”

RELATED: As Trump launches new presidential bid, will former faith advisers back him?

Lane isn’t the only one to take a step back.

Shortly after Trump announced he was running again, Robert Jeffress, pastor of Dallas’ First Baptist Church and one of his evangelical advisers during the 2016 campaign and a longtime supporter, said he wasn’t going to endorse the former president unless or until he became the Republican nominee.

Mike Evans, a Christian Zionist activist from Texas and another former member of the evangelical advisory board, went so far as to tell The Washington Post he would not vote for Trump again. Evans recalled how he once left a Trump rally “in tears because I saw Bible believers glorifying Donald Trump like he was an idol.”

Texas televangelist and onetime Trump adviser James Robison, president of Life Outreach International, told a meeting of the National Association of Christian Lawmakers in mid-November that the former president has the tendency to act “like a little elementary schoolchild,” focusing on minor spats at the expense of larger goals.

John Fea, a historian at Messiah College who studies evangelical culture and politics, said it may be too early in the election cycle to draw any conclusions about evangelical attitudes toward Trump.

Fea noted that none of the evangelical leaders who have criticized Trump said they were doing so because of the Jan. 6 insurrection on the Capitol, which Trump fomented, nor the false claims that the 2020 election was stolen or the multiple criminal cases against Trump winding through the courts.

“There’s a huge silence,” Fea said. “They’re not turning away from Trump for the reasons why millions of Americans didn’t vote for (candidates backed by) Trump in 2022.”

What’s new is a willingness to find fault with Trump’s personality — his “self-importance,” his “elementary schoolchild” behavior, his need to command the spotlight — criticisms most evangelicals haven’t aired publicly, despite being questioned often about Trump’s behavior.

On the heels of the GOP’s disappointing performance in the 2022 midterms, in which many Trump-endorsed candidates lost their elections, other segments of the GOP have expressed exasperation with Trump. Many evangelicals may be peeved at the losses as well. 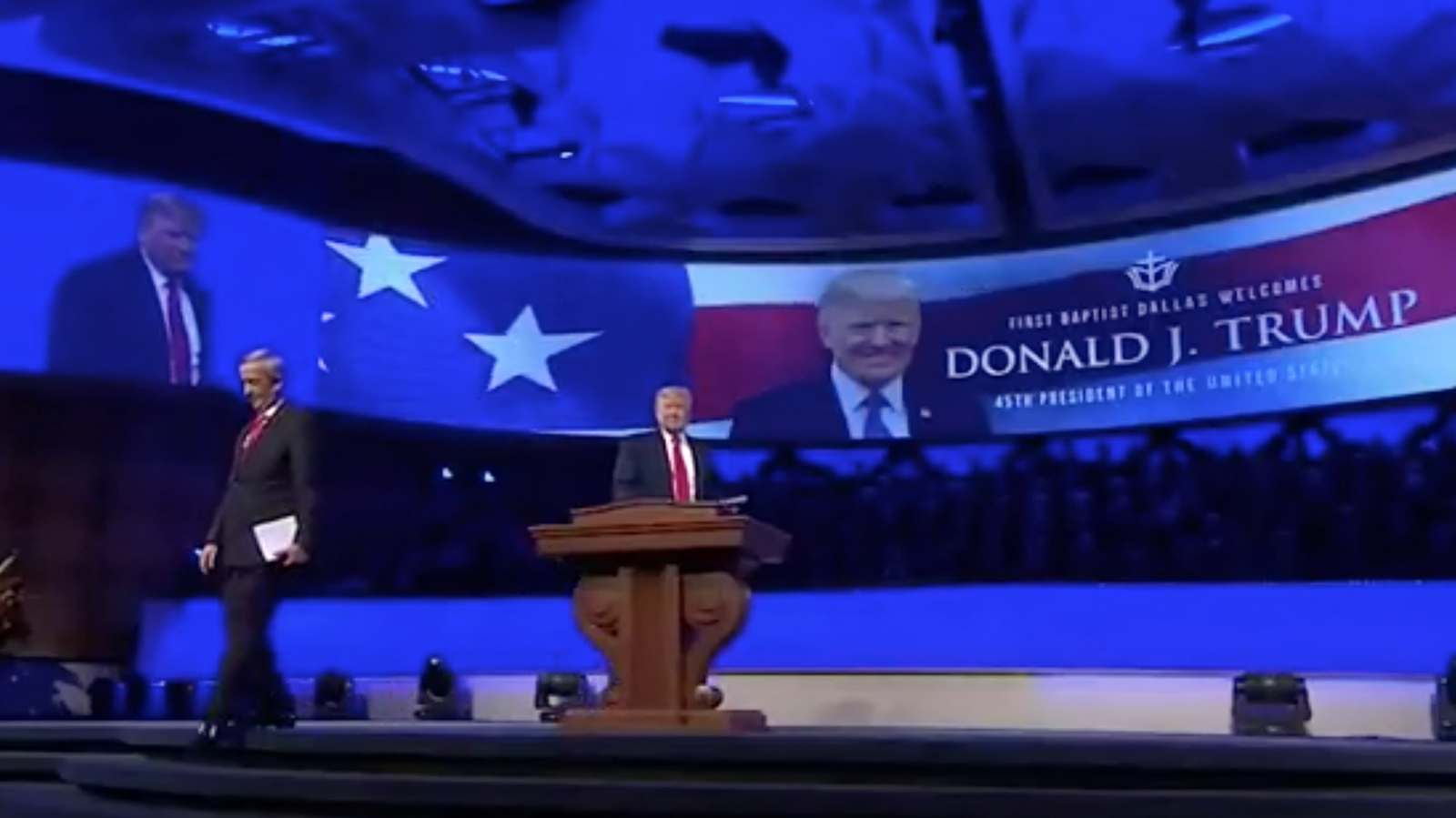 There is evidence that Trump’s support among rank-and-file evangelicals may still be strong, and even those leaders whose passion for Trump seems to have cooled hold his presidency in high regard. Jeffress told Religion News Service the former president delivered for evangelicals in a big way.

“I still say, without apology, he is the greatest president we’ve had since Ronald Reagan,” Jeffress said in a telephone call.

Still, he reiterated, he had no desire to engage in Trump’s presidential bid — yet.

“If there’s a prolonged primary fight, I don’t see the need to get into that right now,” Jeffress said. “If he’s the nominee, I will support him enthusiastically and happily.”

Neither Jeffress nor Lane criticized Trump for dining last week with the white nationalist Nick Fuentes and the rapper Ye, both of whom have a history of antisemitic remarks. Lane said he didn’t know anything about Fuentes, and Jeffress said he’s been secluded in the past week and hasn’t talked to “anybody.”

Several Republican lawmakers and former Vice President Mike Pence have rebuked Trump for the dinner at his Mar-a-Lago estate. 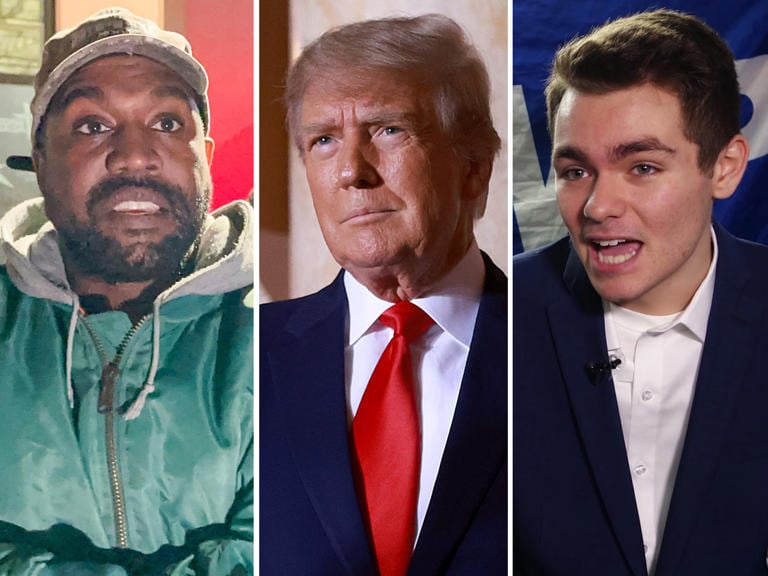 “President Trump was wrong to give a white nationalist, an antisemite and a Holocaust denier a seat at the table,” Pence told NewsNation. “I think he should apologize for it, and he should denounce those individuals and their hateful rhetoric without qualification.”

Lane, whose emails reach Southern Baptist, charismatic and Pentecostal Christians, peppers his notes with biblical quotes and appeals to Christians eager to claim a Judeo-Christian heritage in America’s governance and culture. To that end he has spent nearly $50 million since 2005 to mobilize evangelical pastors to run for school boards, city councils, county commissions, state legislatures and beyond.

In a telephone call, Lane said he didn’t see his missive as criticism as much as advice he hoped the former president would take.

“I think I’m doing him a favor,” Lane said. He said he didn’t think Trump could win by re-litigating the 2020 election results or by mocking Florida Gov. Ron DeSantis, whom the former president recently called “Ron De-Sanctimonious” at a rally.

“His personality disorder causes him to combat and war over everything he doesn’t like,” Lane said. “That’s got him off his game. He’s no longer delivering the message of the American people and what’s in the culture.”

In his email to pastors, Lane concluded with a quote from Proverbs: “Where there is strife, there is pride, but wisdom is found in those who take advice.”

RELATED: The American Renewal Project wants to mobilize pastors for the Republican Party