(RNS) — The spiritual types circling The Pynk, the Southern strip club in Katori Hall’s series on Starz, “P-Valley,” range from a former security guard who is trained in Hoodoo to a strict Christian pastor whose daughter dances at the club.

The series, set in the fictional town of Chucalissa, in the Mississippi Delta, toys with the assumption that anyone who works in the adult entertainment industry setting has strayed from a path of piety to surrender to fleshly desires. Hall wants you to see that the spirit is alive in The Pynk — but not only in African folk beliefs or Christian fundamentalism: The Pynk itself is a sacred space for Hall’s characters, offering refuge and belonging.

Teddy Reeves, curator of religion at the Smithsonian’s National Museum of African American History and Culture, said of the show’s first two seasons, “They broke bread, they fellowshipped, they prayed, they did all the things that happen in religious spaces.”

The inhabitants of The Pynk encounter domestic abuse, mental health, abortion and colorism, which the show treats with delicate (and rare) nuance.

“It’s not a lot of us who live at the intersection of race, class and gender,” said Hall, a Memphis, Tennessee, native who won the 2021 Pulitzer Prize for drama for her play, “The Hot Wing King,” in an August interview with NPR’s Code Switch. In “‘P-Valley,'” she said, “we just don’t see the complexity of that often in media. We’re trying to put vitamins in the Kool-Aid. We’re trying to talk about real stuff that everyone is going through through this very specific lens so that it can feel and be very universal.” The intensity of these lives demands some recourse to faith. Uncle Clifford, The Pynk’s nonbinary owner, offers a prayer before opening The Pynk’s doors. Hometown rapper Lil’ Murda serves as a death doula for Clifford’s grandmother. Mercedes, the pastor’s daughter, considers eschatological questions raised by abortion with her own pregnant daughter, Terricka.

“If you do, I’ma be right there witchu,” Mercedes replies.

Reeves, who co-leads the museum’s Center for the Study of African American Religious Life, said the Black spirituality the show depicts mirrors trends in broader Black culture. Black millennials and Generation Z populations, particularly, are locating themselves in “liminal spaces of faith,” Reeves said. Not bound by the exclusivity of major faith traditions, they are creating their own pluralistic practices.

According to Pew Research Center’s recent report on faith in Black America, younger Black Americans are less connected to churches than their elders. Millennials and members of Gen Z are twice as likely to say they rarely or never attend religious services (though they are still more religious than their non-Black peers).

“If a group of millennials are saying, ‘I’m not coming to church,’ but are going to brunch at the local bar, go to the local bar and have brunch with them. That becomes an extension of the ministry,” said Reeves. 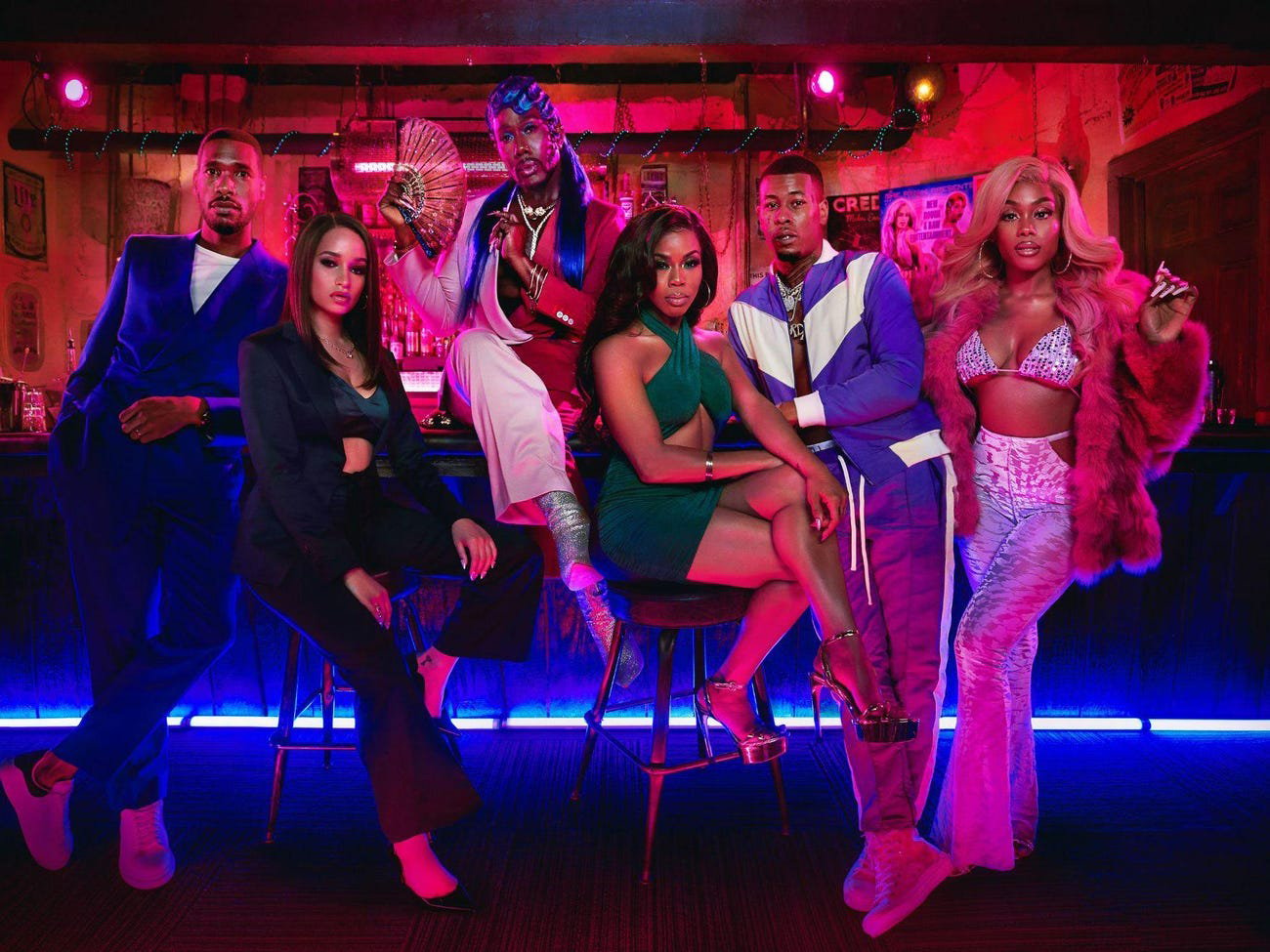 The depictions of spirituality in the show, however, are not just stand-ins for Black church. When Diamond, the club’s former security guard and trained practitioner of Hoodoo, gives the exotic dancer Keyshawn a necklace decorated with a stone belonging to a dead serviceman for strength, or when he later uses rootwork to help Mercedes recover from an injury, he summons a deeper history of Black spirituality.

“The fact that our ancestors brought their spiritual practices and beliefs to this country, merging them with their knowledge of the earth in order to survive, is a testament to our resilience and our Africanness,” Hall tweeted.

Kaila Story, associate professor of women’s, gender and sexuality studies at the University of Louisville, said the mix of folk religion and Christianity “shows what three-dimensional and robust Black Southern living is, as opposed to these stereotypes and controlled images of Black Southern life.”

The drama also shows how formal sacred places can be made profane. Pastor Patrice Woodbine, played by Harriett D. Foy, seemingly has a genuine heart for her congregants. “These streets know my knees. And these folks — the tired, the hungry, the poor — they know my soul,” Woodbine declares. But she is also ready to abuse her position to maneuver for political power. 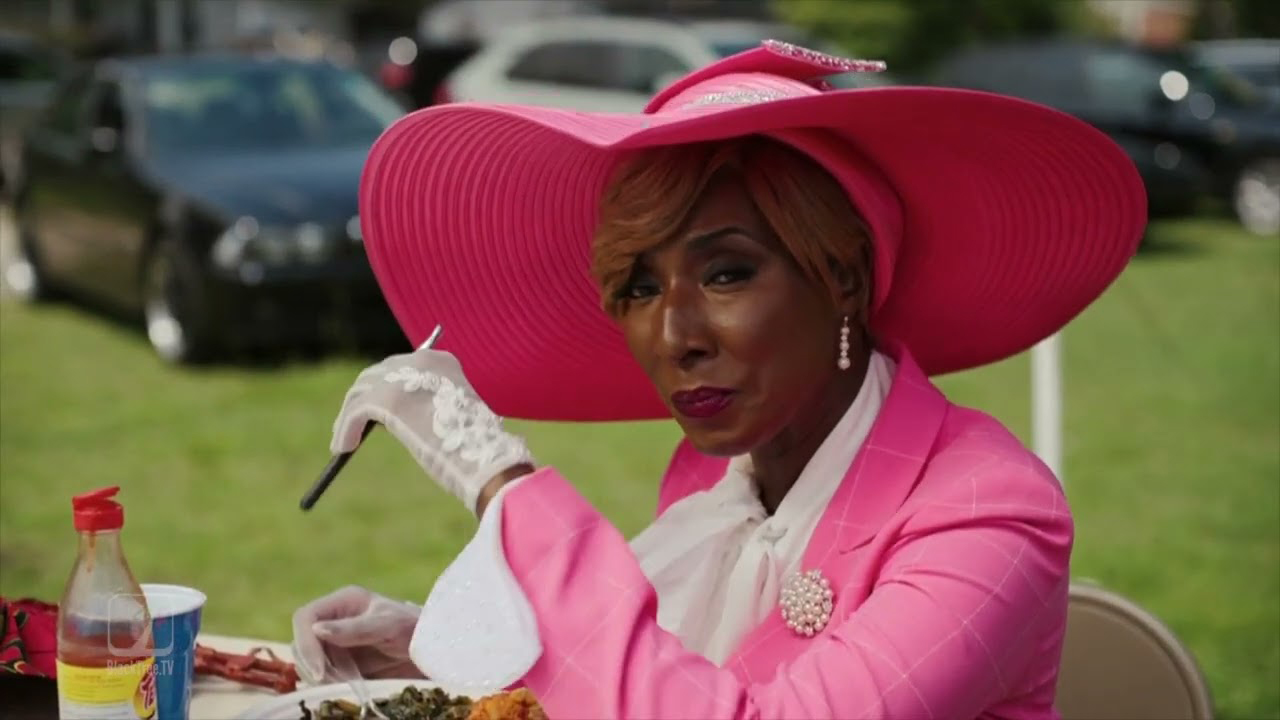 Woodbine’s by-any-means-necessary journey to the pastorate — she starts her own church, making calculated decisions along the way — may call her judgment into question but also addresses how women in ministry are edged out of leadership roles.

“That’s the complicated thing (Hall)’s trying to get us to examine by using Patrice Woodbine as an effigy for these things and an amalgamation of all these issues,” Thomas said. “She’s a complex character, but she is that force that we have to reckon with in terms of what does it mean to be Black, woman-bodied and Christian, and to deal with all the complicated legacies of this particular faith practice.”

Hall’s refusal to make Woodbine either completely evil or sufficiently good is a hallmark of the show, letting no one, even critics of religion, off the hook. But so is Woodbine’s insistence on creating her own space for sacredness. Setting a show in adult entertainment, Hall redefines what sacred space can be and who gets to create it.

For secularized modern viewers, more importantly, it examines what sacred space is for in the first place. “It complicates and nuances this idea of what we as Americans understand as the profane,” Story said. “The Pynk, even though it’s a strip club, almost serves as a waystation for lost souls, souls that are in need of family, need of love, need of community. The Pynk does that for them.”