(RNS) — Nearly four years ago, the United Methodist Church approved an exit plan for churches wishing to break away from the global denomination over differing beliefs about sexuality, setting in motion what many believed would be a modern-day schism.

Since then, a new analysis has found, it’s fallen well short of that.

The denomination’s disaffiliation plan gives churches until Dec. 31 to cut ties, and many have already made known their desire to leave. Those churches can take their properties with them after paying apportionments and pension liabilities. Others are forcing the issue through civil courts.

But whatever the final tally may be, the analysis suggests the country’s second-largest Protestant denomination — numbering 6.4 million U.S. members and 13 million worldwide — may weaken but is unlikely to break.

“You think of a schism as 50% or even 35% (split),” said Scott Thumma, director of the Hartford Institute for Religion Research and a lead researcher for the 2020 U.S. Religion Census. “This is not a real schism.”

The 1,831 church departures come as United Methodist bishops say they’re battling misinformation from conservative groups that encourage churches to leave the denomination for the newly formed Global Methodist Church, which has declared it will never ordain or marry LGBTQ people — the crux of the conflict. In turn, the Global Methodist Church and groups like the Wesleyan Covenant Association, a network of theologically conservative churches, argue that the denomination’s regional conferences are making it prohibitively hard for churches to leave.

The high-stakes duel has hit some regions of the country harder than others. But four years into what has been depicted as a breakup of the denomination, the picture is less climactic than anticipated.

“Some are leaving but the number of churches and members moving forward is far larger,” said Hope Morgan Ward, retired bishop of the North Carolina conference. “It is important to focus on who is staying and moving forward in the continuing United Methodist Church.” 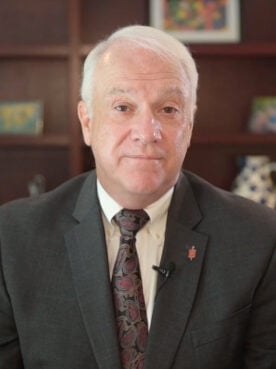 The past year has brought “mixed emotions,” according to Bishop Thomas Bickerton of the New York Annual Conference, who leads the United Methodist Church’s Council of Bishops. Bickerton described it as a “period of disunity.”

In March 2022, the United Methodist Church announced a third delay for the 2020 meeting of its global decision-making body, the General Conference. Delegates were expected to consider a proposal to split the church in 2020. Then came the COVID-19 pandemic.

The final delay prompted some Methodists to go ahead in May and launch the Global Methodist Church rather than wait for the outcome of a General Conference meeting.

In the meantime, the denomination’s 54 U.S.-based regional bodies called conferences have been approving disaffiliations at their regular meetings and at a flurry of special sessions.

The Texas Annual Conference, a region that covers East Texas with headquarters in Houston, lost 302 of its nearly 600 churches — the most of any conference, the analysis reveals.

Analysis of the denomination’s data shows the largest number of churches choosing to leave are located in the Southeastern and South Central U.S.

The five conferences with the greatest number of exiting churches are in Texas, North Carolina, Alabama and Indiana. These five conferences, with two in Texas, account for 57% of all departures. Contrast that with Bickerton’s own New York conference, where no churches have left yet, though six are discussing it, according to the bishop. 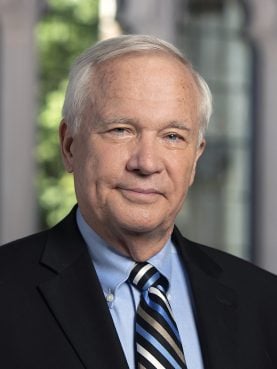 The Southeastern and South Central conferences tend to be more conservative and evangelical in their beliefs, said Will Willimon, a retired United Methodist bishop and a professor of the practice of Christian ministry at Duke Divinity School. Politically, they vote Republican and are far more resistant to gay rights.

“Those wishing to disaffiliate will deny that, but to me it’s another instance of how the Methodist movement has a long history of being very influenced by secular worldly political matters,” Willimon said.

The United Methodist conflict is just the latest upheaval over sexuality for Protestant denominations in the United States.

Hundreds of churches left the Episcopal Church after it elected its first gay bishop in 2003. They formed the Anglican Church in North America, which now has nearly 1,000 churches. Likewise, a change allowing same-sex marriage in the Presbyterian Church USA’s constitution led many congregations to break away.

The Rev. Keith Boyette, who heads the Global Methodist Church as its transitional connectional officer, said views on sexuality are only one reason churches leave.

“I believe, for many of the churches, that’s just been a presenting issue, and that the reasons why they want to leave are much more significant,” he said. “Some have grown weary of the never-ending conflict.”

“Our provision that allows for disaffiliation is based on a church reaching the conviction that they can’t stay a part of the denomination over matters of human sexuality,” said Bickerton, president of the Council of Bishops. “What we find is that people are using that paragraph to disaffiliate for other reasons.”

Some don’t want to be part of organized religion or don’t like the denomination’s apportionment system or aren’t happy with their current pastor or disagree with the actions of their bishop — or a leader in another part of the country or world, according to the bishop.

The result has been a messy disaffiliation process in some conferences.

Some churches have taken to suing conferences to be allowed to leave immediately, including 38 churches in the Western North Carolina Annual Conference.

The Wesleyan Covenant Association has called on its network of churches to withhold apportionments, or pooled giving, to those conferences it believes are making it more difficult for congregations to leave.

And in recent weeks, the bishop of North Georgia Annual Conference announced she was temporarily blocking any of its churches from leaving the denomination, citing the spread of “defamatory” misinformation.

In addition, it now appears not all exiting churches are joining the newly formed Global Methodist Church.

Frazer Memorial, a church of 4,000 members in Montgomery, Alabama, opted to join a smaller denomination known as the Free Methodist Church. 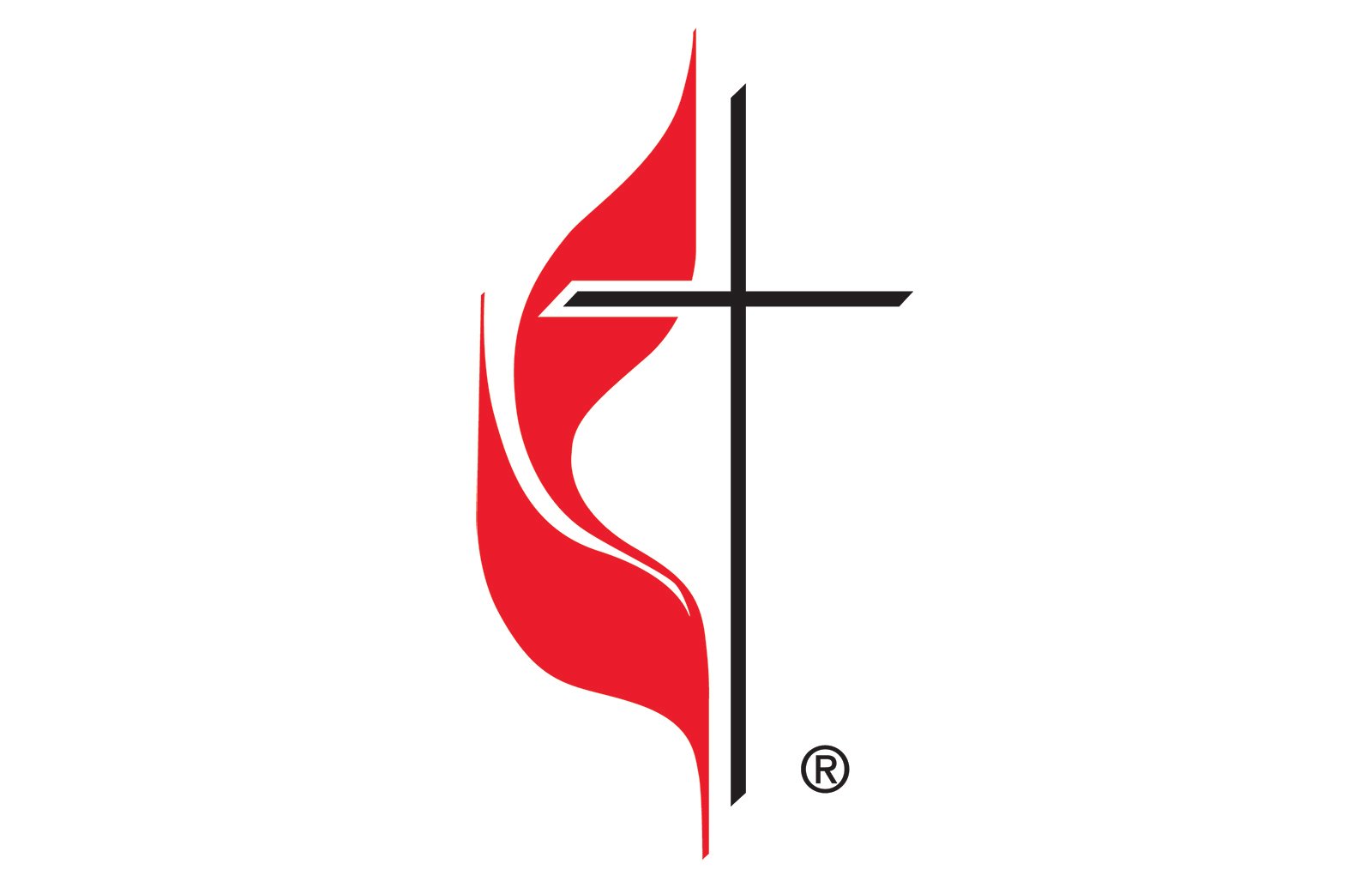 The Cross and Flame is the official logo of the United Methodist Church. Image courtesy of the UMC

And the The Woodlands, a church of about 14,000 members north of Houston, has yet to decide if it wants to affiliate with the Global Methodist Church.

The Rev. Rob Renfroe who recently retired as a pastor of The Woodlands said he believes the Lonestar State is leading in disaffiliations, in part, because it’s simply easier to do so there.

“What we’re finding in Texas is that, where there is a fair and open process for disaffiliation, that many churches are doing so,” said Renfroe, the president of Good News, a theologically conservative advocacy group within the United Methodist Church. 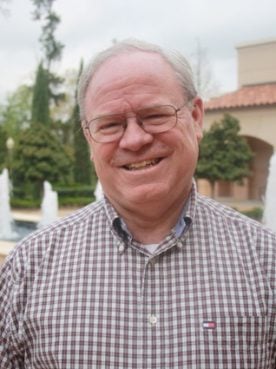 But Boyette argues the numbers joining the new denomination are “close to being miraculous” given what he said is a costly and cumbersome process in many annual conferences.

“I believe that the powers that be in the United Methodist Church have been surprised by the number of churches that desire to disaffiliate in some annual conferences,” Boyette said.

This conflict over sexuality coincides with an ongoing decline in membership within the denomination.

The United Methodist Church dropped from 7.7 million members to 6.4 million in the U.S. over the past decade, a loss of 1.3 million members. The average age of its members is 57. And it is closing more churches than starting new ones. The effect of the split will add to those losses.

The 1,831 disaffiliating churches may ultimately include up to 400,000 members (though departing churches are unlikely to bring all their members along; some may switch to another United Methodist church). The denomination will also lose an estimated $23 million in annual contributions to the denomination — about 5.5% of the denomination’s pooled giving.

The denomination also is losing voices and perspectives he believes are important, though he is resigned to the fact that some churches will choose to leave. United Methodists must bless them as they depart, he said.

“I would always say to people that when we’re together, we’re a better reflection of Jesus than any of us are by ourselves, which is to say that we need that divergent thought,” Bickerton said. “We need conservatives and liberals and moderates in order to be the body of Christ that we proclaim to be.”