And you can start with this: Shmuley Boteach, counselor to Michael Jackson, “Kosher Sex” expert and rabbi to the stars, is running for Congress (as a Republican from New Jersey). 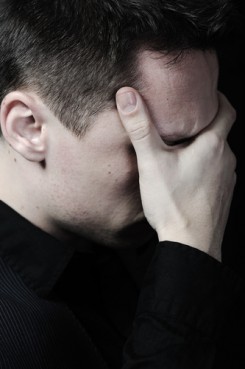 The Catholic priest who was accused of denying Communion to a lesbian at her mother's funeral speaks to a conservative Catholic news agency, defending his actions and saying he didn't follow the hearse to the cemetery because of a migraine.

U.S. Catholic bishops might want to take a look at our new poll out this morning, which says 57 percent of Catholics don't see “religious freedom” under attack in the U.S., despite the bishops' warnings that the White House is trying to force the church to sanction birth control. The bishops, meeting in Washington yesterday, called the president's olive branch “dubious.”

Atheist soldiers at Fort Bragg are getting ready to “rock beyond belief” at a concert to trumpet their unbelief as a follow-up to the Billy Graham Evangelistic Association's “Rock the Base” Christian concert.

If you, like me, enjoy “GCB” because it's so bad it's good, you'll want to check out why it's so hard to do religion on prime time TV.

The nominations are out for a bishop to succeed Gene Robinson, the first openly gay Episcopal bishop, who retires from New Hampshire later this year. And yes, one of the nominees is gay.

Looks like Roy Moore, the 10 Commandments judge who was booted as Alabama chief justice for clinging to his rock, will get his old job back after all — he won by a razor-thin 50.14 percent, barely enough to reach the 50 percent threshold needed to avoid a run-off.

Rick Santorum's Southern surge shows that the rumors of the demise of the Religious Right are, as always, premature.

U.S. Jewish groups are asking B16 to intercede on behalf of Alan Gross, the American development worker who's been languishing in a Cuban jail for the better part of a year. Meanwhile, 13 men and women occupied a church in central Havana yesterday to call attention to the plight of Cuban dissidents.

Bishop Richard Lennon of Cleveland now has 60 days to act on the Vatican's reversal of his order to close 13 parishes after his office acknowledged official receipt of the directive yesterday.

The repair bill for the quake-damaged Washington National Cathedral has jumped from $20 million (in immediate repairs) to $50 million (for longer-term repairs).

The Rev. Thomas Doyle, a Catholic priest who's been outspoken in his defense of abuse victims, said the hierarchy's decision to go after Survivors Network of those Abused by Priests shows that “an important part of the church has gone off the rails.”

B16 now has his own custom-made cologne, with hints of “lime tree, verbena and grass.” And yes, according to the article, he ordered up his own custom fragrance.