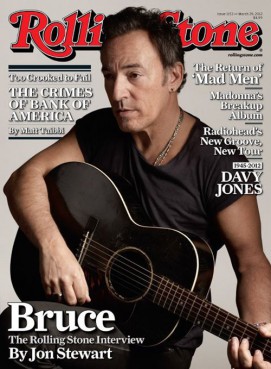 As the Jewish victims in the French school shooting were being buried in Israel, police in France laid siege to the house of the suspect, a 24-year-old Islamic militant claiming ties to Al Qaeda.

Mitt Romney won big in Illinois last night, and did less bad with conservatives and evangelicals than he has before. He did a lot better than the first Mormon to run for president did in Illinois, a state he didn’t leave alive.

So Romney’s good now, right? Please? CBN’s David Brody is already warning Mitt that he has to do more to win evangelical hearts and minds or it’ll be a “hold your nose” vote in the fall: “A standard evangelical turnout won’t do the trick for Romney.”

Illinois was considered a “must win” for Rick Santorum to remain viable. So now it’s on to Santorum’s next “must win,” Louisiana – which he could actually win, despite attempting to distance himself from the rather controversial remarks of Pastor Dennis Terry at a Baptist church service Santorum attended.

Among other things, Pastor Terry said, “If you don’t love America, and you don’t like the way we do things, I’ve got one thing to say, get out!”

Now he has also explained that his remarks were misreported. “I said no such thing. I said those who do not love America and what she stands for should leave.”

This may require some deep exegesis.

So if Santorum loses, what’s he going to do with that cool Secret Service code name? Give it back to the Pope?

Speaking of the Pope, will he need a new ATM card now that JP Morgan closed their account with the Vatican?

Don’t go to Goldman Sachs, Benedict. They won’t even let the nuns in, and they’re shareholders.

Here’s everything you ever wanted to know about Archbishop-designate William Lori, the church’s point man on religious freedom who’s got himself a new gig in Baltimore.

Speaking of new gigs, Bruce Springsteen is promoting his new album, which features powerful religious language to convey its message:

“I got brainwashed as a child with Catholicism,” the Jersey guy (yeah, baby) jokes. “Its like Al Pacino in The Godfather: I try to get out but they pull you back in! Once a Catholic, always a Catholic.”

Barbara Johnson, known as the lesbian denied communion at her mother’s funeral, addressed a gathering of gay and lesbian Catholics in Baltimore. “It’s my mother’s love and compassion, and willingness to stand up for what is right that you see standing before you today,” Johnson said.

Not just a Catholic story: The Washington Post reports on the sexual abuse of children in the Orthodox Jewish community.

The Israeli parliament, the Knesset, has passed a law aimed at encouraging rabbinical courts to impose sanctions on husbands who refuse to give their wives a get, or Jewish bill of divorce.

The Knesset also prefers zaftig to skinny when it comes to women, and has a law that says so.

Cain and Abel redux: Son says sibling rivalry fueled the downfall of the Crystal Cathedral and the Schuller dynasty.