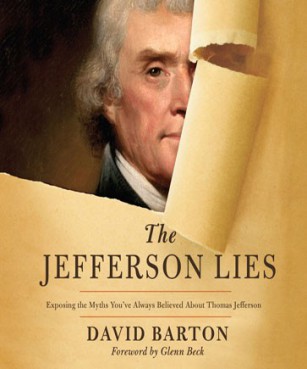 Thousands of mourners are expected to pay their final respects today to six worshipers gunned down by a white supremacist at a Sikh temple in suburban Milwaukee over the weekend.

The bodies of the deceased will be cremated, but, according to Sikh theology, their souls will live on.

CNN makes it official. “You should pronounce Sikh as “sick,” (not “seek”).

And Laurie Patton writing for Religion Dispatches wonders if there isn’t something wrong about American culture that a community has to teach us about its values at the same time that it is burying its dead. “Are there ways that fellow travelers can participate in the educational process?” she asks.

Sikhs and their supporters held vigils outside the White House and across the country.

A variety of faith leaders urged Americans to combat the recent attacks on religious minorities.

President Barack Obama will host the annual White House Iftar dinner celebrating the Muslim holy month of Ramadan tonight. It will be the fourth Iftar Obama has hosted, continuing the tradition that began under President Bill Clinton and was continued by President George W. Bush, the White House noted.

Missouri’s new constitutional amendment on prayer may have one unintended consequence for educators: Students can opt out of school assignments on religious grounds.

According to the new law, “No student shall be compelled to perform or participate in academic assignments or educational presentations that violate his or her religious beliefs.”

The Rev. William Owens of Memphis launched a national campaign in May calling on African-Americans to withdraw their support of President Obama because of his stance on gay marriage. But though Owens has touted his organization as predominantly Democratic, a USA Today investigation shows the Coalition of African-American Pastors has received plenty of financial support from right-leaning conservative groups.

Despite conservative claims that liberalism is the cause for the declining number of women becoming nuns and joining the Leadership Conference of Women Reigious, traditional orders are not doing that much better, reports David Gibson.

Twice as many people consider themselves members of synagogues as the number of people that actually pay dues to those congregations, a survey has found. Experts say it most likely means many Jews don’t believe synagogue membership is determined by dues payment.

RE: payments: El Al airlines said it will honor all tickets purchased during a glitch that had thousands of round-trip tickets selling for as low as $330.

The Barton Lies? Citing a loss of confidence in the book's details, Christian publisher Thomas Nelson is ending the publication and distribution of the bestseller, “The Jefferson Lies: Exposing the Myths You've Always Believed About Thomas Jefferson,” by David Barton, evangelical pseudo-historian.

In it, Barton calls Jefferson a “conventional Christian,” and claims the founding father started church services at the Capitol.

In international news, Islamists who control northern Mali have publicly amputated the hand of a man they accused of robbery, continuing an increasingly harsh application of what the region’s new leaders consider sacred law.

Traditionally Catholic Ireland has registered one of the steepest drops worldwide in people calling themselves religious. Only 47 percent of Irish polled said they were religious, a 22-point drop from the 69 percent recorded in the last similar poll in 2005, according to the WIN-Gallup International network of opinion pollsters.

Teaching is rooted in, among other things, Buddhist meditation and philosophy, the work of Carl Jung, “ancient-Judeo-Christian traditions” and insights drawn from quantum physics.