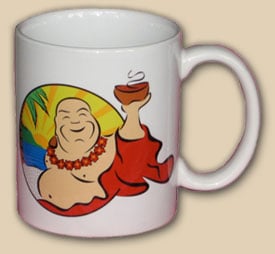 Today is Yom Kippur, considered the most solemn and sacred day on the Jewish calendar. It is the Day of Atonement – but is the Internet giving Jews more to atone for than ever? What about the rest of us – who are reading this online.

Palestinian president Mahmoud Abbas tells Jewish leaders that he will offer Israelis an olive branch in his U.N. speech on Thursday.

Interesting read: Andrew Bacevich on the Christian roots of America’s foreign policy in the Middle East – and Jerry Boykin as the new Joe McCarthy. Guess who the Commies are.

The Obama Doctrine on Religion: the POTUS set it out in his U.N. speech, and Lauren Markoe does a five-point break down.

Our own Omid Safi, meanwhile, sets out the seven essential points about that anti-Muslim New York subway ad. I didn’t think anything would make me yearn to read ads for plastic surgery or tune into the really bad busker on the B train.

The ads are sparking conflicts between defenders and spray-painters.

An alternate route: The “Nuns on the Bus” take the Staten Island ferry. They are apparently determined to use every form of mass transportation in the U.S.

Starbucks opens a new shop near a famous Buddhist shrine in eastern China, cue the controversy. In America, of course, coffee is religion, and the Buddha is a capitalist.

Atheism is trying to make some inroads on the religious kitsch – and capitalism – front as well. Check out the new lines of jewelry for those who don’t want to wear a cross or Star of David.

Would Mitt Romney be the “most actively religious President in American history”? Or Jimmy Carter? Or James Garfield?

How bad are those NFL replacement refs? Sure, Obama likes unions, so he wants the regulars back. But even Paul Ryan and Mitt Romney are supporting the refs' union.

And Greg Sisk says the replacement refs are a violation of Natural Law, which is pretty serious if you follow Natural Law arguments.

Follow up: why isn’t everyone getting the Daily Religion Roundup? It’s easy – put your email in the box below.

May you have an easy fast.