Modesty is all the rage among people of faith these days. Staged as an alternative to the in-your-face fashion of the Lady Gagas of the world, the movement focuses on stylish but tasteful alternatives to the breast-bearing, leg-showcasing clothing that is popular among many today.

Christians girls’ conferences are dotted with pre-teens wearing “modest is hottest” t-shirts. Websites such as Modestly Yours, PureFashion.com, and Secret Keeper Girl are calling females from young to old to opt for more conservative attire that conceals rather than reveals. Department stores are even getting in on the action with Nordstrom’s “Modern and Modest” line and “Shade,” a clothing line created by Mormon women that can be purchased at Macy’s.

On the surface, the movement seems virtuous and even Biblical. One can’t help but think of passages like 1 Timothy 2:9, which says, “women should adorn themselves in respectable apparel, with modesty and self-control, not with braided hair and gold or pearls or costly attire.” Setting aside for a moment that even modern modesty advocates fail to meet the literal definition of modesty given in this verse, one can’t help thinking that the movement calls women to align more closely with Christian values.

But many Christians are less positive about the modesty movement, and some have even asserted that the movement isn’t theologically mature and may even be harmful to women. Modern modesty advocates, they claim, end up doing the very thing they want to prevent: objectifying women and their bodies.

“The Christian rhetoric of modesty, rather than offering believers an alternative to the sexual objectification of women, often continues the objectification, just in a different form,” says Christian writer Sharon Hodde Miller. “It treats women’s bodies not as glorious reflections of the image of God, but as sources of temptation that must be hidden.”

Elrena Evans echoes Miller’s concerns at Christianity Today’s Her.menutics blog: “But the underlying assumption … is that the female body, if not bad, is at least overwhelmingly tempting and tantalizing: something that must be covered, hidden, and locked away.”

Though theologically malformed, such an approach to modesty is effective, according to Miller, because it is rooted in shame. “Shame is great at behavior modification, even when the shaming is not overt,” she says. “But shame-based language is not the rhetoric of Jesus. It is the rhetoric of his Enemy.”

Feminist theologians have long decried the mind-body dualism that aligns men with the mind and women with the body, and I think their critiques are worth considering in this case. This dualistic perspective seems more informed by a predominantly male culture and less by the Christian scriptures themselves. Even worse is that such thinking often leads to blaming women who dress a particular way for being sexually harassed or even raped. (“Well, she was asking for it with the skirts she wears.”) Listening to such people leads one to think that it is apparently a woman’s responsibility to keep men from thinking impure thoughts or acting inappropriately.

So what’s the answer? Should we do away with modesty talk altogether? Miller says “no.” Instead she suggests that the church needs to rethink its theology of the female body. She writes,

In addition to a better developed theology, Miller argues, Christians need to shift the way we speak about such things:

…language about modesty should focus not on hiding the female body but on understanding the body’s created role. Immodesty is not the improper exposure of the body per se, but the improper orientation of the body… When we make ourselves central instead of God, we display the height of immodesty.

On one hand, I am grateful for those championing modesty in a culture that doesn’t always value it. Yes, we need to promote modesty among those who follow Jesus! Christians should resist our culture’s rampant hypersexualization of women, and particularly teenage girls. We should nurture and engage in a healthy dialogue about what it means to be a faithful Christian person, man or woman.

At the same time, Christians also need to avoid the pitfalls of a shallow campaigns that commit the same errors we hope to avoid. We need a vibrant dialogue about modesty that avoids the objectification of women, that refuses to place all the blame and responsibility for sexual attraction on women, and that clings to the foundational Christian belief that what God creates is “good” even though it must be properly stewarded. Anything less would be, well, improper. 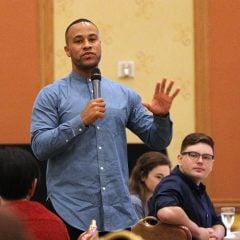 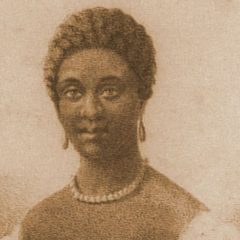 Opinion
There are no real evangelicals. Only imagined ones. 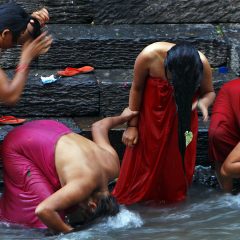 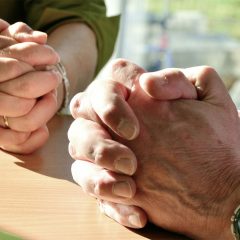 Opinion
We’ve forgotten how to mend. Faith traditions can help.