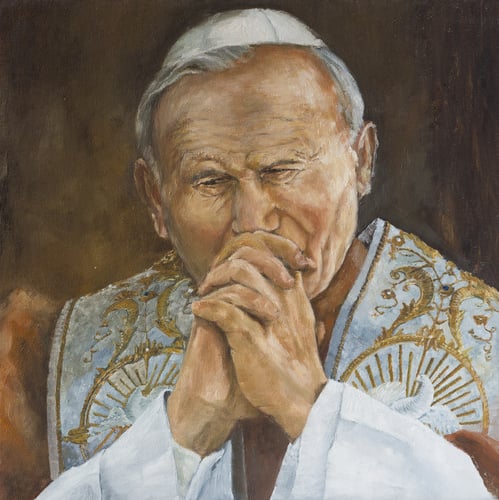 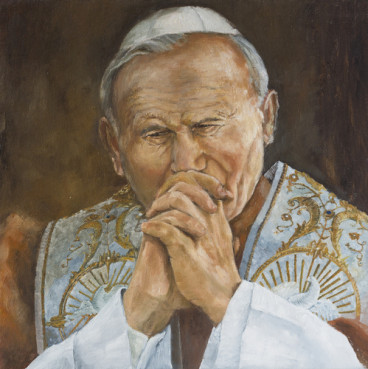 Saint John Paul II? A Vatican official says a commission of theologians approved a second miracle attributed to the former pope’s intercession. Get your tickets now. Canonization is possible this fall.

Britain’s Girl Guides are scrapping the oath to God in an attempt to broaden the organization’s appeal and attract children from secular, nonbelieving families. What’s next the Boy Scouts?

Just ahead of that Supreme Court decision everyone’s been waiting for, Exodus International, the oldest and largest Christian ministry initially known for advocating “reparative therapy,” for gays, announced it’s closing its doors after three-plus decades of ministry.

Snow from the Pyrenees and heavy storms from surging floodwaters in the rivers of southwestern France have wreaked havoc on the Christian holy site of Lourdes, including its soaring basilica. Pilgrimages were canceled and hotels evacuated.

Frederick Douglass, whose seven-foot bronze statue was unveiled at the U.S. Capitol Wednesday, is known as the father of the civil rights movement. But the 19th-century abolitionist and former slave was also a licensed preacher. Adelle Banks lists four other facts you might not know about Douglass.

Our man in Kenya, Fredrick Nzwili, reports that Christians and Muslims are uniting to fight the growing epidemic of alcoholism and drug addiction among young people in the East African nation.

Alessandro Speciale, our Rome correspondent, says popes Francis and Benedict XVI may have different styles but they share a deeper theological and ideological continuity.

The New Testament Joseph is getting equal billing with the Virgin Mary in the Catholic Mass, thanks to Uncle Frank over at the Vatican (that would be Pope Francis). Essentially, this means that when Mary is mentioned in the blessing over the Eucharist, so too is “blessed Joseph, her Spouse.”

From the “your worst nightmare” department: An Italian credited with helping to save 5,000 Jews during the Holocaust is being removed from an exhibit at the U.S. Holocaust Memorial Museum. Officials there learned of new evidence suggesting that, far from being a hero, Giovanni Palatucci was an enthusiastic Nazi collaborator involved in the deporting of Jews to Auschwitz.

Margaret Doughty, an atheist and wannabe U.S. citizen, was told by immigration authorities she has until Friday to officially join a church. Yes, you read that right. Turns out, she objected to the pledge to bear arms in defense of the nation in her citizenship application. Immigration officials told her she needed to prove that her status as a conscientious objector was due to religious beliefs.

Abercrombie & Fitch Stores Inc. is having a hard time proving that a Muslim woman fired for wearing a hijab harmed sales.

Members of the Wisconsin Sikh temple where a white supremacist gunned down six worshippers last year plan to mark the anniversary by holding religious observances and staging a 6-kilometer run to fund scholarships in the victims' names.

The band Mumford & Sons has achieved monumental success, both critically and commercially, among a subset of diehard fans that columnist Cathleen Falsani describes as the spiritual-but-not-religious. She raves about what she describes as hootenanny for the soul.

Of course, we here at RNS would like to describe our work as hootenanny for the soul, too. Sign up for the Roundup below if you agree.

And finally, we cannot end today's installment without mention of James Gandolfini, R.I.P. For fans, including this one, Tony Soprano offered his own, somewhat twisted, wisdom. Check out what he said about God in this clip: