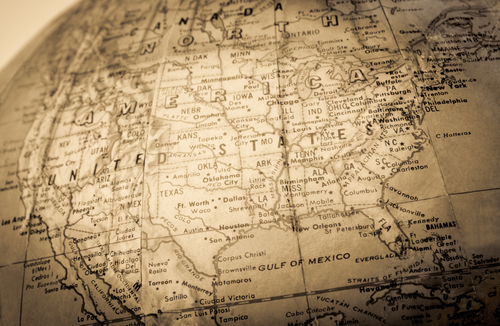 (RNS) It is tragic to watch contemptuous right-wingers declaring war on America. 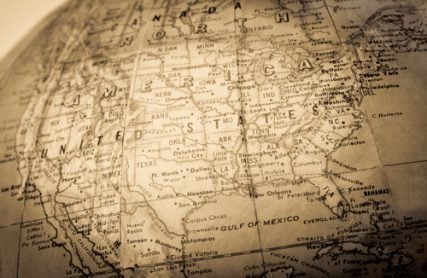 Sepia map of the United States

With little heed for consequences on either actual people or the national interest, they declare war on the poor, the hungry, Native Americans, the unemployed, gays and lesbians, immigrants, minority voters, women, military dependents, and public education.

The recent farm bill -- which gives public subsidies to agribusiness and denies food stamps to the hungry -- is just the latest sortie in a determined decades-long assault on American values.

They claim the moral high ground, but actually violate everything Jesus stood for. We hear a lot of talk about posting the Ten Commandments in courthouses, but we really should be reading the Sermon on the Mount and Matthew 25 outside every legislature.

They claim to stand for small government, but actually disdain all government, from police forces (begging for gun controls) to public hospitals (saddled with the uninsured), from food stamps to schools, from consumer protections to online privacy, from bridge and highway repairs to housing values. Down with government, they say, except, of course, for government's ability to shift public money to the wealthy.

They claim to be patriotic, but actually violate every reasonable value this nation holds dear -- including values extolled in years past by genuine conservatives.

My father was one of those conservatives, a Taft and Eisenhower Republican. We had lively debates at our dinner table and disagreed on much. But I cannot imagine him rigging election rules against black voters, punishing pregnant teenagers, or denying equal rights to gay couples.

My parents wanted nothing but the best for public schools and gave countless hours to keeping schools strong. My father believed in pulling yourself up by your bootstraps and would never disdain have-nots as "losers," for he himself had emerged from the war with nothing and built a business. As one who survived for a time on cans of baked beans, he would never blame the hungry for being hungry.

He was a man of honor. Our table grace each evening asked God to "make us ever-mindful of the needs of others."

These right-wing zealots aren't people of honor. They are mean-spirited thugs. Their scorched-earth campaign isn't about a theory of government or about strengthening free-market capitalism. It is about contempt. It is about nihilism.

It is willful destruction of an economy -- by concentrating wealth in a few hands, eviscerating the middle class, winking at fraud, unleashing predators, and creating a permanent underclass marked by deprivation in a land of plenty.

Their campaign is willful destruction of a political system that has always struggled against our baser instincts, but has managed, until recently, to remain grounded in a balance of power, not a seizing of power.

It is willful starvation of a public education system that once was a ladder to success and a seedbed for creativity.

In disdain for the dark-skinned, they ignore America's history as a nation built by immigrants and deny the American dream to those who come seeking it.

It is a campaign so reckless and mindless that it could take us all down, themselves included.