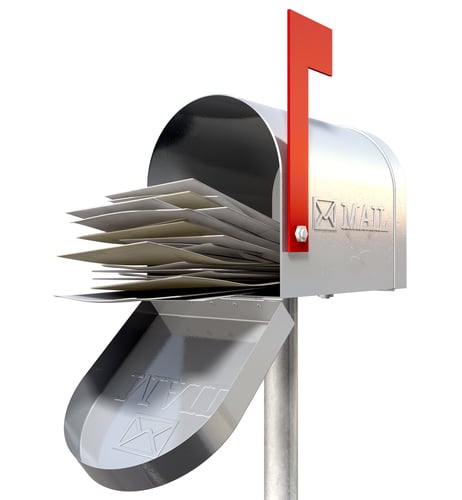 We're sifting through the RNS mailbag this morning and our legions of staff have organized everything into nice little piles for your reading pleasure and general edification:

From the Dept. of Maybe This Wasn't Such a Good Idea in the First Place

Arizona Gov. Jan Brewer has a few more days to decide whether to veto the gays-not-welcome-here bill. The opposition is becoming almost too much to ignore:

Andrew Sullivan isn't a fan of the Arizona law per se, but he's fairly sympathetic to the sentiment behind it:

"As long as our government is not discriminating against us, we should be tolerant of prejudice as long as it does not truly hurt us. And finding another florist may be a bother, and even upsetting, as one reader expressed so well. But we can surely handle it. And should."

Elsewhere, the legal challenge to Michigan's ban on same-sex marriage got off the ground, with the question of are-gays-suitable-parents taking center stage. At the same time, a new poll from our friends at PRRI finds that support for gay marriage has seen a 21-point jump in the last 10 years, and one in four people who've left their childhood faith say anti-gay teachings had a lot to do with it.

From the Dept. of These Headlines Say It All

From The Forward: "Hasidic Jews Pay $7K for 'Beard Transplant' Therapy." And from Real Clear Religion: "One Ugly Church Bites the Dust."

From the Dept. of You Can Never Have Too Many Popes

Douglas MacArthur once said old soldiers never die; they just fade away. Seems that old popes never die; they just stick around. David Gibson reports on the surprising afterlife of B16, and the legacy-building that's already underway. B16 also says rumors of a secret reason behind his surprise resignation are "absurd." New popes, meanwhile, don't hold anything back when decrying the "starving children in refugee camps" and "the fine life for those who manufacture weapons.” While we're in the Holy See, theologians have signed off on a miracle attributed to Pope Paul VI, inching the pivotal pope one step closer to possible sainthood.

From the Dept. of This Can't Possibly End Well

There's an obscure ritual in India in which toddlers are tossed off tall buidlings. From HuffPo: "Dropping a distance of about 50 feet, the terrified toddlers hurtle through the air before being caught in a sheet held by waiting men. Both Hindu and Muslim parents are reported to participate, believing that the dangerous ritual will ensure good health and prosperity for their families." 'Cuz that sounds like a fine idea.

From the Dept. of Nope, That Didn't End Well

The atheists' plans to host a booth at the upcoming CPAC conservative convention have been scrapped. (Can we all just agree that American Atheists head David Silverman has the best Twitter handle EVER: @MrAtheistPants). We'll let CNN's Dan Merica (who's been all over this story) take it from here:

Remaining question: Did CPAC organizers not know about in-your-face nature of @AmericanAtheist or think it didn't matter?

From the Dept. of Who Knew There Were Baptists in Ukraine?

Turns out that Oleksandr Turchynov, the interim president of strife-torn Ukraine, is a Baptist pastor. HuffPo has details here; CT has more here; still more from the BBC here.

From the Dept. of I Fail to See the Humor (or Irony) in This

There's a photo floating around the Interwebs of a most unfortunate shadow that found its way on to the upper lip of German Chancellor Angela Merkel, courtesy of Israeli Prime Minister Benjamin Netanyahu's index finger. Some people think it's hysterical; the whole thing just makes me sad.

From the Dept. of Everyone Wants a Day Off

You may remember the Muslims who are kinda ambivalent about trying to get school holidays for Eid al-Adha and Eid al-Fitr. Not so much with the Hindus; they'd like at least a day off to celebrate Diwali.

From the Dept. of Sorry You Missed It:

RNS' own @JonathanMerritt, in a fried chicken and pie throw down w @CLGrossman. @RNS staff dinners are awesome. pic.twitter.com/fbw60W89Ql

So remember how Bob Jones University canceled a contract for an outside watchdog group to probe allegations of sexual abuse on campus? Well, BJU has agreed to get back together with GRACE after all. It's not clear when the final report will come out. Meanwhile, the Vatican official charged with overhauling and cleaning up the scandal-scarred Legion of Christ pronounced the controversial group "cured and cleaned."

From the Dept. of Red Carpet Runways

It's nearly Oscar Sunday, and Laura Turner tries really hard to come up with reasons why "Tootsie" is a great marriage of religion and film. When that doesn't work, she comes up with a few other nominees. Omid Safi, meanwhile, probes the spiritual lessons of Harold Ramis' masterpiece, "Groundhog Day."

And with that, it's back to covering the news. Make sure you're signed up to receive the daily Roundup in your email. It's free. And if you're good, @JonathanMerritt might just make you fried chicken, too.