TABORA, Tanzania (RNS) Many women are living in fear in this rural part of northwestern Tanzania because they are increasingly being targeted by witch hunts — literally. 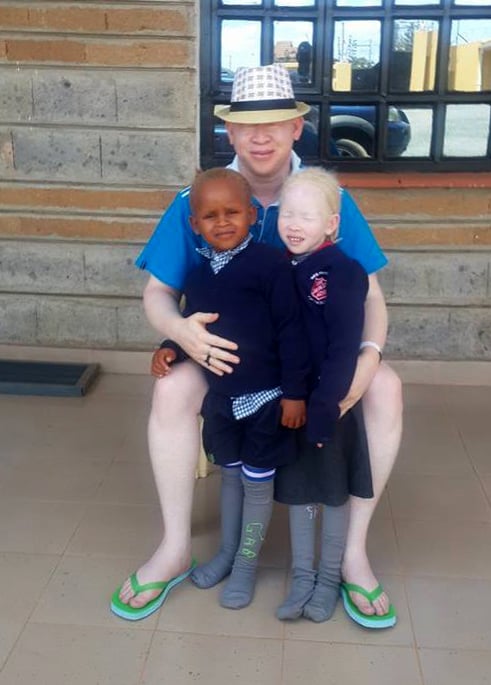 Children of Kenyan member of parliament, Isaac Mwaura, who almost lost their lives to ritual killers in Tanzania. The killers believe that body parts of persons with albinism brings good fortune and wealth. Photo courtesy of Isaac Mwaura, USA Today

This East African country is grappling with an upswing in vigilante justice as villagers attack women they believe are witches responsible for the murders of albinos, whose white skin some believe possess magical powers.

“They came around midnight banging on the door,” said Moses Bakari, her husband. “They broke into the house and hacked my wife with machetes and knives. They burned the body of my wife and later set fire on my house. They claimed that my wife was practicing witchcraft and killing albinos.”

The villagers believed the woman was using body parts from albinos — people born with the absence of pigment in their skin, eyes and hair — to practice witchcraft. Bakari fled with his three children and took refuge in a neighbor’s house.

“I neither knew nor heard that my wife was practicing witchcraft,” Bakari said. “I still don’t believe that I lost my wife to such a painful death. I will only heal if justice is done, because she was innocent.”

The murder of Bakari’s wife isn’t uncommon. Frightened neighbors-cum-vigilantes lynched, stoned or hacked more than 1,000 women to death last year, according to the Center for Advocacy in Rural Development, a Kenyan development group, and the Dar es Salaam-based Legal and Human Rights Center. The groups estimate more than 3,000 suspected witches, usually late middle-age and older women, were killed in the past six years alone.

“The government has failed to apprehend witch doctors who kill our innocent people,” said Wilson Asida, a Tabora resident. “They have killed many albinos to help them gain magical powers. We’ll kill them ourselves to get justice.”

Asida accused the government — which banned witchcraft in January — of relying too much on the courts to prove whether women were practicing witches. “They pretend as if they don’t know witchcraft exists,” he said.

Attacks against those with albinism also seem to be on the rise, the United Nations High Commissioner for Human Rights Zeid Ra’ad Al Hussein said in a statement last week, citing at least three incidents in the past two months. The statement was in response to the “horrific murder and mutilation” of a 1-year-old baby with albinism earlier this month.

The agency worries the killings will only rise in the run-up to October’s Tanzanian presidential elections as political campaigners seek the help of seers who use albino body parts to foretell the future.

In the past 15 years, at least 75 albinos have been killed in Tanzania, but prosecutors have convicted just 10 people in those murders, according to the U.N. Albino organs fetch hundreds of dollars in illegal trading. Around 33,000 people out of a population of about 50 million have albinism, according to the Tanzanian Albinism Society.

Older women are suffering from the backlash against witches as a result of the albino deaths, said Erick Wandera Omwami, chief executive of the Center for Advocacy in Rural Development, who is pushing the government to expand its education campaign against killing albinos to include admonitions against harming alleged witches.

“It’s unlucky for older persons to live in this region, but we should know that every older person has a right to life like anyone else,” he said. “We’ll work together to help communities understand the rights of others and avoid retrogressive and barbaric actions on other human beings.”

Tanzanian police admit witchcraft-related killings are common in the country’s northwest but say catching the culprits is difficult. The lynchings tend to occur after someone dies unexpectedly in the community or when albinos go missing, said police spokesman Ignas Mtana.

Often, he said, sorcerers identify other witches as the perpetrators of the misfortunes. Because the same people who attack witches often consult with other enchanters and potentially also deal in albino body parts, it’s hard to get to the bottom of the cases, Mtana said.

Mtana said police intervene in lynchings they witness and arrest anyone attacking a suspected witch on sight, but forces are spread thin throughout the region, which includes the great plains of the Serengeti.

In the meantime, women are hiding out of fear of being attacked.

“Someone dropped leaflets bearing my name” on a list of suspected sorceresses, said Rosemary Aziza, 76, who lives near Tabora. “I will hide until the things go back to normal.” 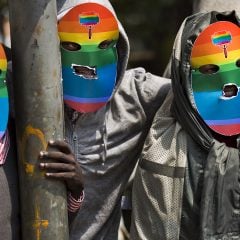 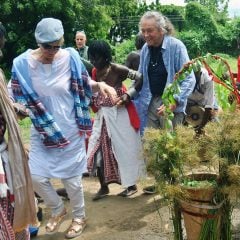 News
In Kenya, locals debate a boom in witch doctor tourism
Follow us on Facebook!
Submit your photos to RNS