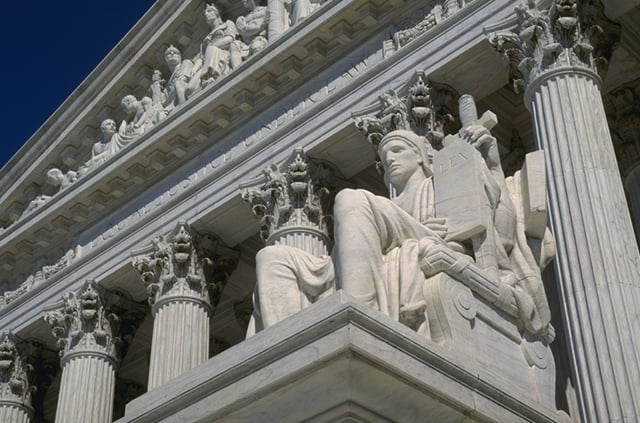 Last week, the United States Supreme Court heard arguments in a case that will have significant implications on child abuse prosecutions. Here is a snapshot of what it’s all about…

On March 17, 2010, a three-year-old boy arrived at day school with visible whip marks on his face and upper back. When a concerned teacher asked the young boy what had happened, he responded that “Dee Dee” had caused the injuries.   The school immediately contacted law enforcement and it was discovered that the mother’s boyfriend, Darius Clark (“Dee Dee”) had not only abused the three-year-old boy, but had also beaten and burned his 22-month-old sister.

During the trial, the judge ruled that the three year old was not allowed to testify due to his young age. However, the teacher who initially spoke to the child testified and told the jury what the child had said regarding being hit by “Dee Dee”.   Darius Clark was convicted of these horrific crimes and sentenced to prison for 28 years. Unfortunately, that is not the end of the story.

Clark’s conviction was reversed by the appellate court, which ruled that since the child was not able to testify, the teacher’s testimony about what the child had disclosed violated the defendant’s constitutional right to confront his accuser. The Ohio Supreme Court upheld the reversal and the case eventually crawled its way up to the United States Supreme Court.

Knowing that most reading this post are not lawyers (that’s not necessarily a bad thing!), I will do my best to keep this explanation of the law as simple as possible. ‘Hearsay’ is defined as any out of court statement being admitted in court for the purpose of proving the matter asserted in the statement. For example, I mention to a friend that I just ate a red apple. My comment is considered hearsay if that friend comes into court and testifies about what I said in order to prove that I actually ate a red apple. Hearsay statements are generally considered to be less reliable than the original statement. The thought is that it’s more reliable to call me into court to testify about eating the red apple since it provides the defendant the ability to actually cross-examine me about the reliability of my original statement.

In 2004, the U.S. Supreme Court held a “testimonial” hearsay statement can only be admitted in court if the defendant has had the opportunity to “cross examine” the one who made the original statement. The Court held that this opportunity to “cross-examine” is a constitutional right of every defendant. In short, the Court ruled that a “testimonial” hearsay statement is not admissible if the original declarant doesn’t testify in the trial. By way of illustration, if a robbery victim reports the crime to a police officer but dies before trial, the police officer would not be able to testify about what the victim reported. 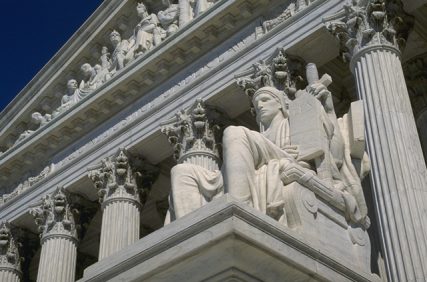 Supreme Court - courtesy of the United States Department of Agriculture

The most significant implication of this ‘testimonial’ hearsay rule is that it requires a child to testify in court as a condition of admitting any out of court statement that child made to a law enforcement officer. Due to the fact that some children have a very difficult time testifying in court, the determination of who constitutes law enforcement can have significant implications for child abuse prosecutions.

At this point, you may be wondering what’s the big deal about the Clark case. It’s a big deal because the Supreme Court will decide whether to significantly expand the definition of “law enforcement” for the purpose of the ‘testimonial’ hearsay rule. The Court will decide whether mandated reporters are now considered agents of law enforcement and thus whether a child’s disclosure to a mandated reporter is defined as ‘testimonial’. Such a ruling will severely limit the admissibility of these very powerful out of court statements made by children who are often incapable of testifying in court. As a prosecutor, I remember cases where a very young child or a very emotionally vulnerable child made a compelling disclosure of abuse to someone they trusted in a private place. Oftentimes, those same children were not emotionally equipped to repeat the same disclosure to a prosecutor, judge, and jury in a crowded courtroom.

If a child’s abuse disclosure to a mandated reporter is considered ‘testimonial’, prosecutors will have an even more difficult time proving child abuse cases, especially when the victim is very young or emotionally vulnerable. As a result, more offenders will avoid prosecution and will be emboldened to continue victimizing children. My fear is that such a ruling will encourage offenders to focus on victimizing younger and more emotionally challenged children, knowing that many of their out of court disclosures won’t be admitted since they are less able to testify in court.

I remain hopeful. I remain hopeful that the Supreme Court will rule that designating someone as a mandated reporter does not automatically make him or her an agent of law enforcement. If anything, it makes them an agent of a society that cares for the protection and welfare of a child. Such a ruling will continue to allow some of the most powerful pieces of evidence to continue being considered by juries in cases that are the most difficult to prosecute. Such a ruling will respect the constitutional rights of defendants and allowing them to continue cross-examining any witness who testifies about a child’s out of court statement. Ultimately, such a ruling will continue to provide a voice to little ones who often find themselves silenced when sitting in an intimidating courtroom, filled with strangers, and only feet away from their offender.

My hope is that more of us  will understand the importance of this case and will step forward to speak on behalf of children who could be silenced in the courtroom by the decision of nine justices. Let's be hopeful that they do the right thing.  In the meantime, let's continue to be committed to reporting suspected abuse, regardless of whether or not a law requires us to do so.

Related Posts
By Kathryn Post
God is Grey's Brenda Davies receives cease and desist from Christian parenting experts
By Adelle M. Banks
Suit alleges Southern Baptist church’s negligence led to abuse of teen
By Alejandra Molina
Four young people of different faiths move into a home together, then a pandemic happens
By Jeffrey Salkin
Warning: Your piety might be dangerous to your health
By Bob Smietana
Can a bestselling Christian marriage book about love and respect lead to abuse?