Click on any graphic below to view the full size version. 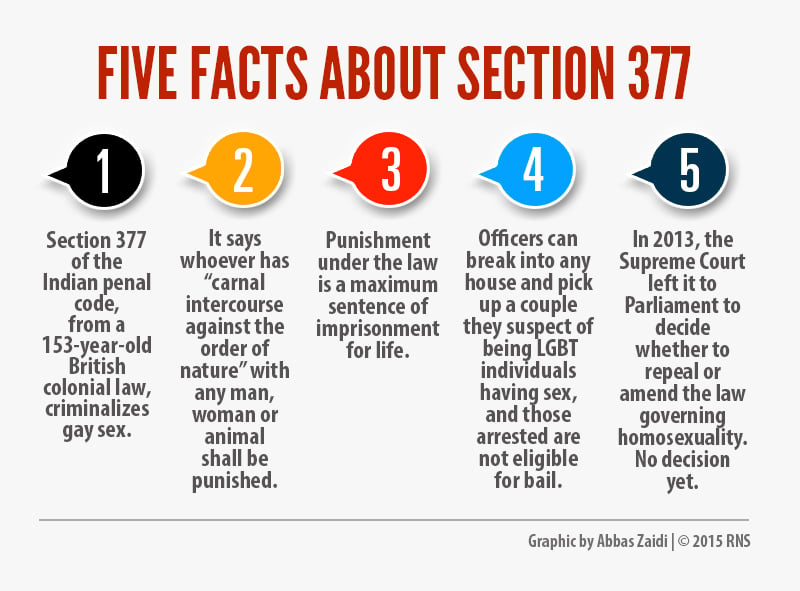 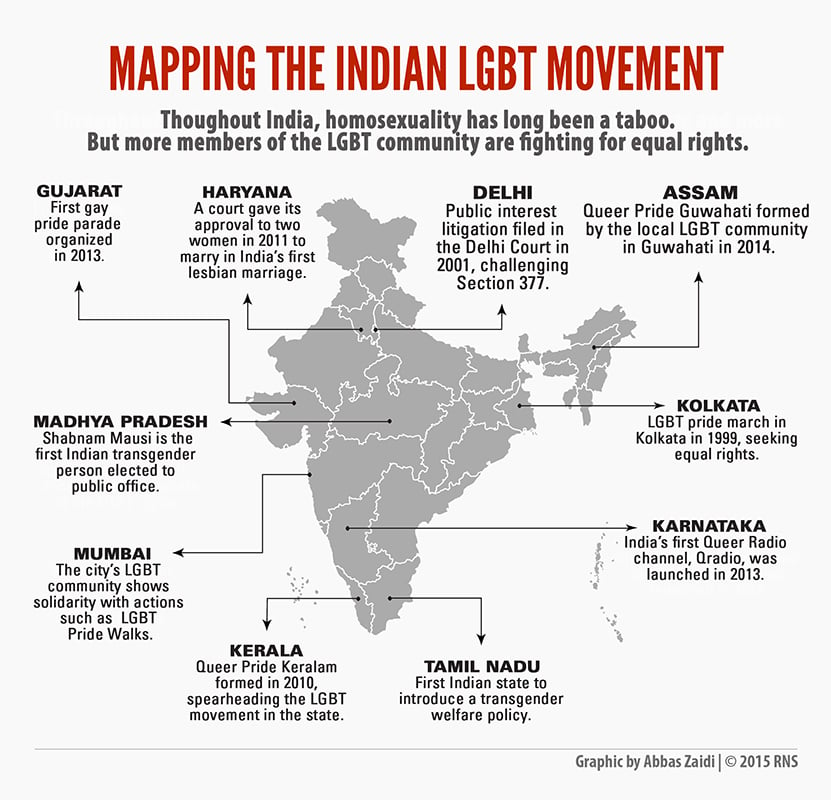 “By the Numbers,” Religion News Service graphic by Abbas Zaidi and T.J. Thomson 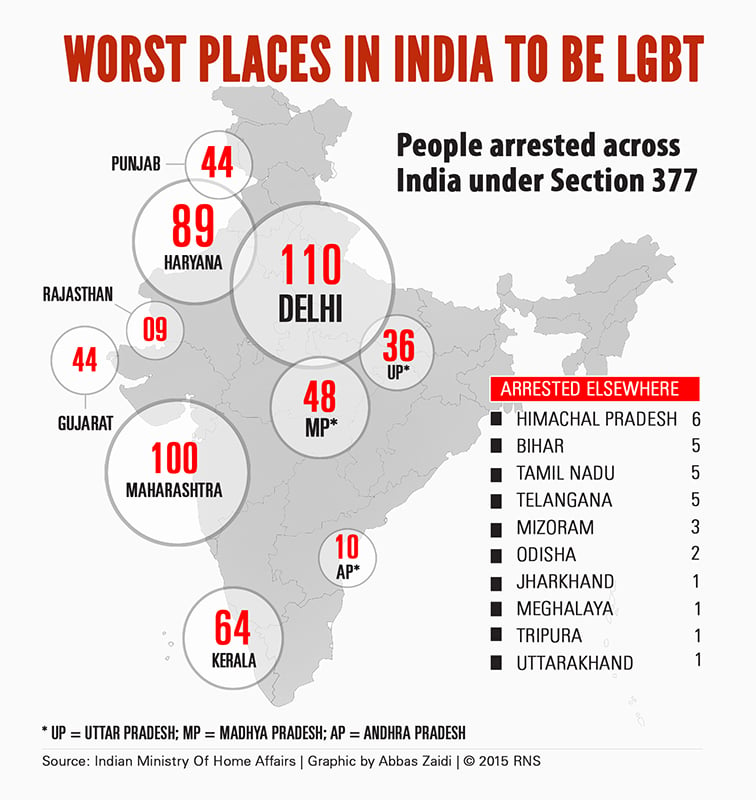 NEW DELHI (RNS) India’s gay rights advocates rejoiced in 2009 when the Delhi High Court declared unconstitutional Section 377 of the country’s 1860 penal code, which declared homosexual sex acts “unnatural” and “against the order of nature” and made them punishable by life imprisonment and fines.

Celebrations were short-lived. In 2013, India’s Supreme Court overturned the ruling, reinstating the law and effectively passing the buck to Parliament to decide on its constitutionality. Parliament has yet to decide.

Despite growing momentum for equal rights across India, openly LGBT people face many challenges — including social isolation, homophobia at work and difficulty finding partners. The situation is often worse in rural areas, where LGBT rights advocates say discrimination and police harassment are common and where religious and family values lead many LGBT people to hide their sexual orientation.

At the heart of the ongoing legal debate is conflicting data about LGBT populations and their prosecution in India. In overturning the 2009 ruling, the Supreme Court said that in the past 150 years fewer than 200 people have been prosecuted under Section 377.

But according to data collected and released to Parliament by India’s Ministry of Home Affairs in December, at least 778 cases were registered and at least 587 people were arrested under Section 377 in 2014 alone. The national capital of Delhi and financial capital of Mumbai saw the most arrests.

Section 377 is used to prosecute a host of “unnatural” offenses, so it is unclear how many of these cases were filed against consenting LGBT adults. The lack of reliable data on sexual identity in India further complicates estimates.

Despite drama in the courts, attitudes toward India’s LGBT communities have improved in the past decade: Mainstream media outlets treat LGBT struggles with sensitivity and support, and some political parties have come out as sympathetic allies. LGBT-themed magazines are now available openly. Gay pride marches, though usually small, are now a common sight in big cities.

Yet for many, gay life in India remains illegal and underground.