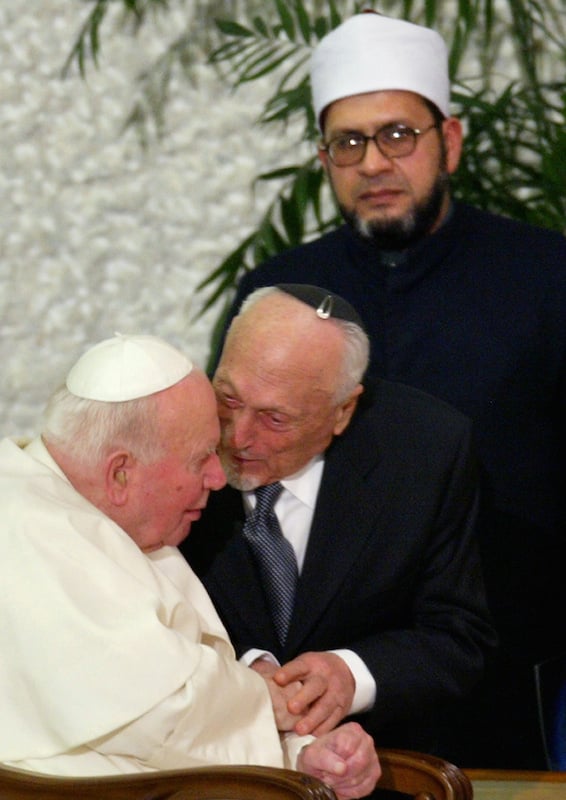 Pope John Paul II chats with emeritus Rabbi of Rome Elio Toaff as Abdulawahab Hussein Gomaa, imam of Rome Mosque, looks on behind them at the end of the Concert of Reconciliation in Paul VI Hall at the Vatican on Jan. 17, 2004. Photo by REUTERS/Max Rossi

VATICAN CITY (RNS) An exhibition exploring the relationship between St. John Paul II and the Jewish community opened at the Vatican on Wednesday (July 29), weaving together the story of the Polish pontiff’s life against the backdrop of Jewish history.

The exhibit, “A Blessing to One Another: Pope John Paul II and the Jewish People,” arrived at the Vatican after a decade touring U.S. cities, including New York and Philadelphia.

Through old photographs, videos and documents, the English-language displays recount the life of John Paul II from his early years as a child in Wadowice, a city in southern Poland, where he grew up in an apartment owned by a Jewish family.

READ: Rob Bell’s ‘Everything Is Spiritual’ tour explores the evolution of the universe

The early adulthood of John Paul II, who was born in 1920 as Karol Wojtyla, was inevitably tied to the fate of the Jewish population during World War II. The exhibit includes audio recordings of bombing raids preceding the Nazi occupation of Poland and the sounds of a leather whip from a German concentration camp, intended to demonstrate the brutality prisoners faced.

Wojtyla is said to have helped the Jewish community during the war while he was living in Krakow, a southern city close to his hometown, before being ordained a priest in 1946.

But it was not until 1993 — 15 years after John Paul II’s papacy began — that the Holy See formally recognized the state of Israel.

The strengthening of relations between the two nations is depicted through various photographs, including one of the pontiff meeting the Israeli ambassador and another of an olive tree being planted in the Vatican gardens.

The pinnacle of the exhibition comes with John Paul II’s visit to Israel in 2000, five years before his death, with the pope’s skullcap worn during the trip and a program of the visit on display.

READ: Fishy religion-spoof: Do you ‘sea’ fun or blasphemy?

The exhibition’s focus remains on the Jewish state, rather than the global community, as visitors are invited to place their written prayers in a small replica of Jerusalem’s Wailing Wall.

The exhibit is housed in the Charlemagne Wing, steps away from St. Peter’s Basilica, and runs until Sept. 17. 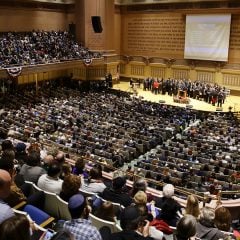 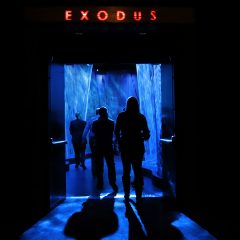 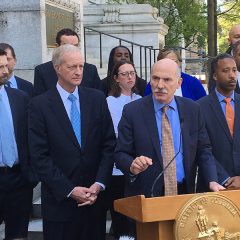 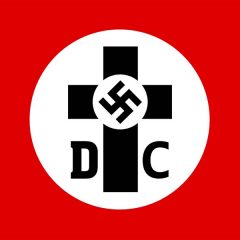 News
Berlin exhibit highlights how the Nazis exploited Martin Luther’s legacy
Follow us on Facebook!
Submit your photos to RNS