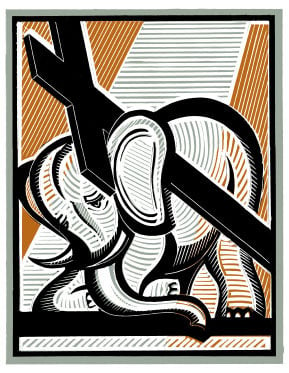 As interesting as this is, it is no less interesting that these numbers are identical  to the numbers for the Republican electorate as a whole: 25 percent (vote for Trump) and 29 percent (definitely not support). In fact, across the board, white evangelicals look significantly more like Republicans in the aggregate than do Tea Partiers or, for that matter, those who identify as either very conservative or somewhat conservative or moderate/liberal.

To be sure, there are divergences here and there. White evangelicals favor Ben Carson somewhat more than the entirety of Republicans. And fewer of them say they would definitely not vote for Mike Huckabee. But these are modest survivals of an identity politics that seems to have disappeared with their overwhelming turnout for the Mormon Mitt Romney in 2012.

As of today, the Republican vote is, for all intents and purposes, the white evangelical vote.