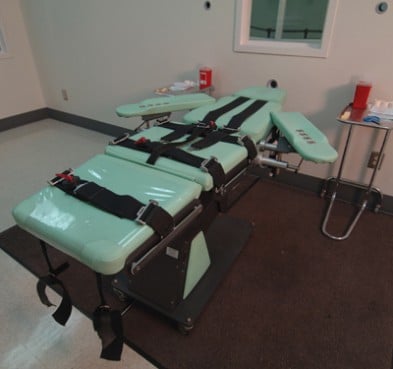 (RNS) Of all the many questions Pope Francis has raised in his brief papacy, perhaps none is as insistent, or as crucial to his legacy, as the debate over whether he represents a real change in the church.

Critics who look at the gushing reception for the pontiff — much in evidence during this visit to the U.S., the pope’s first — say that while he has changed the tone of the papacy, he hasn’t done anything to change church teachings. And that, they say, is where the rubber hits the road.

Yet on two issues, Francis may have provided some answers during this visit, though the import of his comments received little attention amid the blanket coverage of everything from his embrace of a young immigrant girl to his decision to ride in a modest Fiat instead of an armored limo.

The first concerns the death penalty.

In his address to Congress on Thursday (Sept. 24), Francis covered a range of issues that sparked much discussion. Almost overlooked amid the clamor of the historic moment was his call “for the global abolition of the death penalty.”

To be sure, that a pope is against the state executing someone may not seem like news; previous popes have often decried the injustice of the death penalty, in the U.S. and elsewhere, and have made personal pleas for the commutation of the death sentences for some convicts.

After a sweeping revision of the church’s official catechism in the 1990s, St. John Paul II had the section on the death penalty amended to narrow, though not entirely close, the possibility of capital punishment, saying the cases in which a prisoner must be executed “are very rare, if not practically nonexistent.”

But since he was elected in 2013, Francis has gone a step further.

In March he declared that capital punishment today “is inadmissible, no matter how serious the crime committed.” It “contradicts God’s plan for man and society,” and he said, “there is no humane way of killing another person.” (For good measure, he added that even life sentences are “a hidden death penalty” that should also be abolished.)

A number of critics have argued that “the Catholic Church’s Magisterium has never has advocated unqualified abolition of the death penalty,” as the Rev. C. John McCloskey, a prominent conservative commentator, put it.

McCloskey is right. But the line that Francis is taking on the death penalty may simply mean that church doctrine in that regard is changing, or “developing,” as the theologians prefer to frame it.

Despite the popular image of the Catholic Church as “semper idem,” always the same, the church is also constantly evolving, and over the centuries several teachings have flat-out changed.

The most recent example was Rome’s endorsement, during the Second Vatican Council, of the principle of religious freedom, which a century earlier had been officially declared anathema.

READ: Who works social media for the pope? A couple of Americans

A second example of developing doctrine may have emerged in Francis’ address to the United Nations General Assembly on Friday. 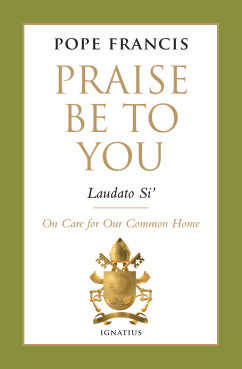 As expected, the pope made protecting the environment a central theme, picking up on his groundbreaking and controversial encyclical from June, “Laudato Si’.”

That encyclical was the first by a pope devoted to the environment and in particular climate change. But Francis had in fact picked up on themes and statements elaborated by St. John Paul II and to a greater extent those of his immediate predecessor, Pope Emeritus Benedict XVI, who was known as the “green pope” for his eco-friendly stances.

Francis, however, seemed to take Benedict’s teachings even further.

The anticipation of that encyclical prompted Notre Dame theologian Robin Darling Young to wonder whether Francis would declare that “created nature — the environment — has rights of its own.”

“Such a view on the part of the pope,” she wrote in Commonweal magazine, “would be a significant development in Catholic thinking about the inherent worth of creation apart from the humans who dominate it.”

The encyclical itself did indeed seem to be, as the former archbishop of Canterbury, Rowan Williams, put it, “a major contribution to the ongoing unfolding of a body of coherent social teaching.” And writing at Religion News Service, Jay Michaelson called the encyclical “theologically revolutionary.”

But in his speech to the U.N. on Friday, Francis may have provided an even clearer answer about what he is thinking as he declared that “a true ‘right of the environment’ does exist.”

Francis elaborated somewhat on what he meant by that unusual statement, and it made for fascinating, if often dense, reading. (His recasting of the term “pro-life” as one that encompasses care for creation as well as a host of issues beyond abortion is also intriguing and important, but not as significant doctrinally.)

Late Friday, his spokesman, the Rev. Federico Lombardi, was asked point-blank by the Tablet’s Christopher Lamb whether Francis was indeed developing Catholic social teaching on the environment.

Lombardi confirmed that the pope’s language was in fact a “new expression,” adding, “there is something new there, yes.”

He also confirmed that the pope’s teaching on capital punishment was also a development of doctrine, and he added, referring to Francis’ call for a ban on life imprisonment, that “maybe he will also deepen this expression in the future.”

Just what Francis’ statements will ultimately mean for Catholic teaching is something the theologians will argue over, because that’s what theologians do, and that’s how doctrine changes — or is reaffirmed.

The bottom line is that if one aspect of church teaching changes it doesn’t mean everything and anything can change. The creed is pretty solid, for example, as are declared dogmas and matters of revealed faith.

But how other doctrines develop is a complex matter; it’s not just about a pope waking up one morning and deciding to switch things up. There must be solid arguments developed over many years, a certain accord with the sense of all the faithful, and the assent of much of the hierarchy as well. Change in the church is about realizing more clearly a truth that already existed.

It’s a process, and it may well be happening again right before our eyes, though it’s hard to detect when everyone is instead looking for a doctrinal change to arrive in the form of some clear and imperious edict from Rome — and on other teachings. (Good luck with the ordination of women anytime soon.)

Not that Rome likes to admit that the church changes at all, in any form. The Vatican fears the slippery slope, and worries that if the flock realizes that one teaching can be modified then the flock may think anything can change, at any moment.

As church historians like to joke, when an announcement from Rome begins with the preface “As the church has always taught … ,” then you know something is about to change.