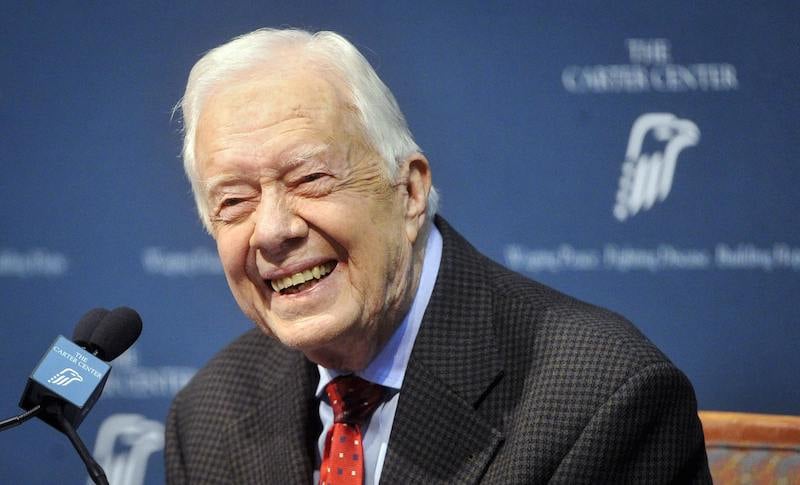 (Reuters) — Former U.S. President Jimmy Carter said on Sunday (Dec. 6) that his most recent MRI brain scan revealed no signs of cancer but that he would continue treatment.

Carter, 91, started treatment in August for melanoma that had spread from his liver to his brain.

In a brief written statement, Carter did not say when the latest scan was performed but confirmed it “did not reveal any signs of the original cancer spots nor any new ones.”

“I will continue to receive regular three-week immunotherapy treatments of pembrolizumab,” said Carter, who served as president from 1977 to 1981.

Carter played a key role in Middle East peace negotiations during his presidency. He won a Nobel Peace Prize in 2002 and remains active in several causes such as fighting disease in Africa and building homes for the poor around the world.

Earlier on Sunday, the Atlanta Journal-Constitution reported that Carter had announced to a Sunday school class he teaches at his church in Plains, Ga., that his cancer was gone. His classes have been crowded ever since he announced his cancer this summer.

“He said he got a scan this week and the cancer was gone,” Jill Stuckey, a member of Maranatha Baptist Church, told the newspaper. “The church, everybody here, just erupted in applause.”

In a statement last month, the Carter Center had said the former president was responding well to treatment and there was no evidence of new malignancy.