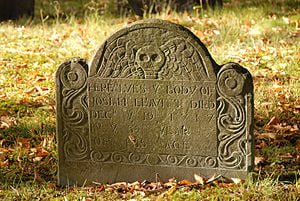 No one. It died of natural causes.

OK, maybe Super Tuesday put it out of its misery. But the thing was moribund, an invalid for a decade. What happened yesterday was a mercy killing, or better, candidate-assisted suicide. Here’s the pathologist’s report.

On Super Tuesday, white evangelicals were all over the map. In Alabama, Georgia, Massachusetts, Tennessee, and Virginia, they voted strongly for Trump. In Oklahoma and Texas, they went for Ted Cruz by double digits. They split between Trump and Cruz in Arkansas, between Trump and Rubio in Vermont.

“Don’t call me an evangelical,” cried Russell Moore, chief lobbyist for the Southern Baptist Convention. Put that on the tombstone. Religious Right, R.I.P.