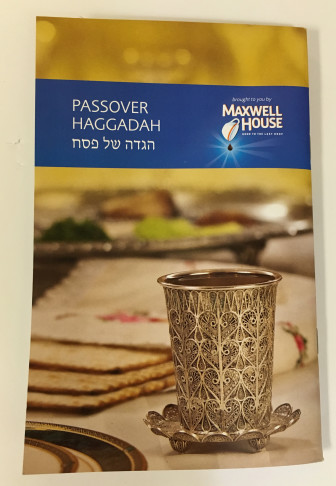 Even I sometimes lose patience with the culture of snark.

A few days ago, the Washington Post ran an opinion column by the author Shalom Auslander, in which he declared his independence from Passover — and from any serious thinking about Judaism.

Shalom Auslander is a refugee from what he characterizes as a restrictive, hypocritical, Orthodox childhood — which he describes, poignantly and humorously, in his autobiography Foreskin’s Lament.

But, in his piece on Passover, he went too far.

“Passover is the ancient Jewish holiday on which we celebrate the story of a man who probably never existed and who may or may not have freed his people from a slavery that probably never happened by bringing forth plagues of which there is no historical record, ultimately leading them on a journey through the desert for which there is no evidence to a Promised Land that turned out to be anything but.”

True — there is ongoing scholarly controversy over the precise details of the enslavement and exodus of the Israelites from Egypt.

But, the absolute veracity of the story is not what is important here.

It is the story’s lesson — that a people, enslaved to a tyrant, becomes committed to a relationship with God.

As political philosopher Michael Walzer has written in Exodus and Revolution, the story of the Exodus, however inaccurate or inaccurate, has been the inspiration for every revolution and social movement in history.

This might be the biggest story in the world.

Auslander outrageously suggests that the contemporary S and M classic, Fifty Shades of Grey, might be a good book to read during Passover.

This is the same story as Passover: A needy young woman (the Jews) falls for a domineering sociopath (God) who promises to bring her joy (the Holy Land) by beating the heck out of her (40 years in the desert), pain she actually thanks him for (Passover) by doing all manner of loathsome things (i.e., eating matzoh, drinking kosher wine).”

This is an immature caricature of Judaism and of God. Judaism is not about enslavement to God. It is about a historic conversation between God and the Jewish people, in which the human being maintains every shred of dignity and freedom.

Finally, Auslander suggests that Franz Kafka’s “Letter To His Father” would be a good Passover read.

…Maybe instead of Passover, we should have a holiday that truly celebrates freedom. We’ll call it Kafkover. And on that day, people all over the world won’t pray to gods that enslave them, won’t point their fingers at their enemies, won’t get together with the families that don’t love them and will, instead, spend the day enjoying the only freedom that matters: freedom from the past.

“Freedom from the past” is not freedom. It is amnesia. It is what the Passover Haggadah describes as the mindset of the “wicked” (or “rebellious”) child — to utterly withdraw yourself from the Jewish conversation.

Is there hope for Shalom Auslander?

There could be, and there should be.

Consider what happened with writer Anne Roiphe. In 1978, she wrote “Christmas Comes To A Jewish Home” for the Living section of the New York Times. In that article, she described how her Jewish family had a Christmas tree.

The Times published a full page of letters on her article, most of them lambasting her for her practice.

Ms. Roiphe took those criticisms to heart. She said to herself: If all of these people are so upset, perhaps I have missed something. Perhaps I need to learn more about Judaism.

That is what she did. She described her Jewish journey in Generation Without Memory, wrote other books and articles about Judaism — and today, she is a major Jewish pundit.

Anne Roiphe was escaping from secularism and assimilation.

Auslander is escaping from a hardened ultra-Orthodoxy.

Shalom, you made it out of the geographical ghetto of your childhood — Monsey, in Rockland County, New York.

How about the spiritual ghetto, as well? There are many Jewish options out there.

Isn’t it time that you learned about those Jewish options, and even tried them?

Because, while it might be uber-cool to be a publicly recognized “rebellious child,” the snark won’t help anyone.

Opinion
Don’t let COVID 19 kill the synagogue!
Opinion
Passover, Easter, Ramadan — and interfaith America in action
News
A new book explores the evolution of the DIY handbook for Passover
Opinion
Yes, this Passover will be different
News
A Passover Haggadah with a focus on Earth care takes off in a time of pandemic
© Copyright 2020, Religion News Service. All rights reserved. Use of and/or registration on any portion of this site constitutes acceptance of our User Agreement and Privacy Policy, Privacy Statement and Cookie Notice. The material on this site may not be reproduced, distributed, transmitted, cached or otherwise used, except with the prior written permission of Religion News Service.