(RNS) — In an interview this week, Christian best-selling author Eugene Peterson said he would be willing to officiate at a same-sex marriage. In saying so, he joins a prominent group of Christians whose views on same-sex marriage and LGBT issues have evolved.

These popular Christian writers, pastors or musicians, in no particular order, have publicly broken from the traditional hard-line position against same-sex marriage.

Evangelical leader, author and HGTV star Jen Hatmaker publicly changed her views on gay marriage in 2016. Both a Facebook post calling for LGBT acceptance and comments about supporting same-sex marriage in an interview with RNS led LifeWay Christian Stores to quit selling her books in October.

The founder of Sojourners magazine,  Jim Wallis was raised evangelical. He defended traditional marriage in a 2008 Christianity Today article, saying he wasn’t sure he’d perform a same-sex blessing, although he did express support for gay and lesbian civil rights. In 2013, Wallis answered “yes” when asked if he supported same-sex marriage in a Huffington Post interview. 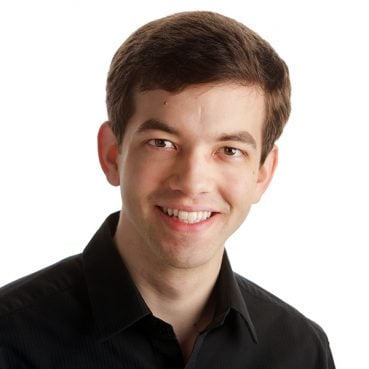 After taking a leave of absence from Harvard University to study the Bible and homosexuality, Matthew Vines gave a speech at his church about accepting gay Christians that has amassed over 1 million views on YouTube since 2012. He also started The Reformation Project, a nonprofit trying to “reform church teaching on sexual orientation and gender identity,” and wrote the book “God and the Gay Christian: The Biblical Case in Support of Same-Sex Relationships.”

The former pastor of Mars Hill Bible Church publicly stated his views on gay marriage while speaking at San Francisco’s Grace Cathedral in 2013. He then reaffirmed them during an Odyssey Networks interview the same week. At Grace Cathedral, he also said evangelicals should no longer be assumed to be conservatives. He described “a very narrow, politically intertwined, culturally ghettoized, evangelical subculture” that he sees dying out.

In a post on his website titled “My Coming Out Letter,” Christian rock musician Trey Pearson told fans that he identified as a gay man, despite being married with children. As he explains in the letter, published in June 2016, he was raised in a faith that taught him “sexual orientation was a matter of choice,” so he repressed his sexual desires most of his life. Since coming out, he has written about life as a gay Christian and created a music video depicting his experience.

Although she has identified as gay since high school, Julie Rodgers has officially supported gay marriage for only a few years. As she has chronicled on her blog and in The Washington Post, she first spent a long time advocating celibacy for Christians who were gay or lesbian. Now, she speaks and writes as an advocate for LGBT Christians.

In 2015, The Washington Post called Christian author Rachel Held Evans “the most polarizing woman in evangelicalism.” This label comes from her positions on LGBT rights and homosexuality, topics she’s grappled with publicly since starting her blog in 2008. In one of her old posts, “An Evangelical’s Response to Homosexuality,” she refuses to chose a side of the issue but does admit to wondering if the evangelical church “has it wrong.” In more recent years, she has referred to herself as an “ally” and wrote about LGBT Christians in her 2015 book “Searching for Sunday.”

The 2016 Pulse nightclub shooting caused Pastor Joel Hunter to re-evaluate his views on LGBT issues. While he said recently that his church, Northland, A Church Distributed, will maintain that the Bible prohibits gay relationships, he now believes conservative churches should welcome and support those of all sexual orientations. In May, Northland hosted a public forum to discuss LGBT issues within the church.

Christian rock star Vicky Beeching still considered herself an evangelical, even after coming out via an interview with The Independent in 2014. During her keynote address at the 2015 Gay Christian Network’s annual conference, the U.K.-based singer said she still loves the church. According to her official site, she now works as a speaker and writer, often discussing her personal journey and LGBT issues in the church.