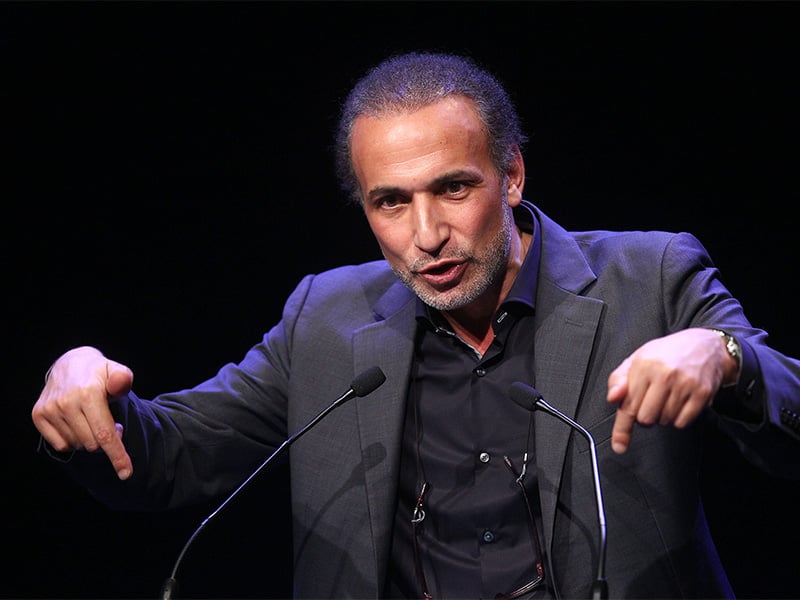 PARIS (AP) — Rape accusations have abruptly transformed the image of renowned, outspoken Islamic scholar Tariq Ramadan, who went from being an Oxford professor to being stuck in a French jail with no clear exit date in sight.

A French judge decided on Tuesday to keep Ramadan in detention, four days after he was handed preliminary rape charges following allegations by two women who sought his counsel.

The charges, compounded by French press reports featuring claims of violent and perverse sexual acts, have jolted the well-groomed reputation of an intellectual who is admired throughout Europe and beyond, above all among Muslims.

Oxford University, where Ramadan is a professor of contemporary Islamic studies, has given him a leave of absence while his legal situation remains in doubt.

The Swiss scholar, who is married and has four children, was taken into custody on Jan. 31 and a formal criminal inquiry was opened two days later. One of the alleged rapes results from a 2009 encounter, while the other preliminary charge involves the alleged rape of a vulnerable person in 2012.

Both women filed complaints in October. Ramadan denies any wrongdoing. He is being investigated by French authorities because the rapes are alleged to have taken place in Paris and Lyon.

Ramadan, 55, lectures on what he says is a reform-minded Islam. His career has given him entree with some French intellectuals and made him a star with his Muslim following. He has published numerous books — including one last year co-authored with noted French philosopher Edgar Morin — and speaks at conferences far and wide.

“I mean to build bridges between two universes,” Islam and the West, Ramadan wrote last month on his website.

But Ramadan has drawn detractors, too. Critics accuse him of engaging in “doublespeak” — a word he used himself in describing the assessments of his “selective, prejudiced” judges.

Ramadan blames his lineage for part of the problem. He is the grandson of the founder of the fundamentalist Muslim Brotherhood, the Egyptian Hassan al-Banna. His grandfather’s work makes him by definition “dangerous,” Ramadan wrote in another post last month, just days before he was taken into custody.

His detractors, he went on, consider him adept at “taqiyah,” an Arabic word for dissimulation to protect oneself or the Islamic faith, and think he has a “far more obscure hidden agenda.”

It is unclear how long he could remain locked up. Under French law, the order to hold him in “provisional detention” can last up to one year and then be renewed for another six months twice. However, a suspect’s time in custody can be cut short at any time if a judge agrees detention is no longer warranted.

The preliminary charges filed Feb. 2 could be dropped if the probe proves inconclusive or the allegations are without merit, or be upgraded to formal charges that would send him to trial.

Judicial investigators will have to ferret out the facts behind the double charges facing a man who is hard to read.

There is a dose of mystery behind the two women, who brought the complaints separately in October.

One has chosen not to be identified. French news outlets have reported that she had a nearly three-hour faceoff with Ramadan last week in the investigative judges’ offices. The confrontation was about her alleged 2009 encounter with Ramadan at a Hilton Hotel in Lyon before being charged, the press reports said. The information could not be officially confirmed.

Henda Ayari, who threw off a Muslim veil to become an advocate for secularism, castigates Ramadan publicly. However, Le Parisien newspaper reported in November that Ayari at one point tried to renew contact with Ramadan after the alleged 2012 incident that forms the basis of her rape complaint.

Her lawyers confirmed the exchange and said Ayari was “in the grip of” a manipulative Ramadan. The lawyers, Jonas Haddad and Gregoire Leclerc, also claimed Ayari has received death threats from Ramadan backers.

A bitter clash between Ramadan’s supporters and critics is being played out on social media, highlighting just how divisive the man who came to the fore in France as a potential unifier during the 1990s is today.

There are hints that the profile of Ramadan, who clearly loves the limelight, may be ebbing. For years, he was a headliner at Europe’s largest Muslim gathering, outside Paris, but he wasn’t at the 2017 event.

However, he has remained busy. On Jan. 20, he launched a movement, Resistance and Alternative. Last year, he opened a school in Paris, the Islamic Institute for Training and Ethics. In December, he traveled to India and, a Facebook post suggests, to camps for Rohingya refugees from Myanmar.

Ramadan’s U.S. visa was revoked in 2004 — and restored in 2010 — preventing him at the time from taking a teaching job at the University of Notre Dame. Authorities had said he donated $1,336 to a charity that gave money to a Palestinian militant group.

“I remain calm and place my full confidence in justice,” Ramadan wrote in November on Facebook, part of a particularly personal post addressed “To you” and signed “Tariq.”

“Patience is imperative, along with determination... our behavior must be marked by wisdom and dignity,” the post said.