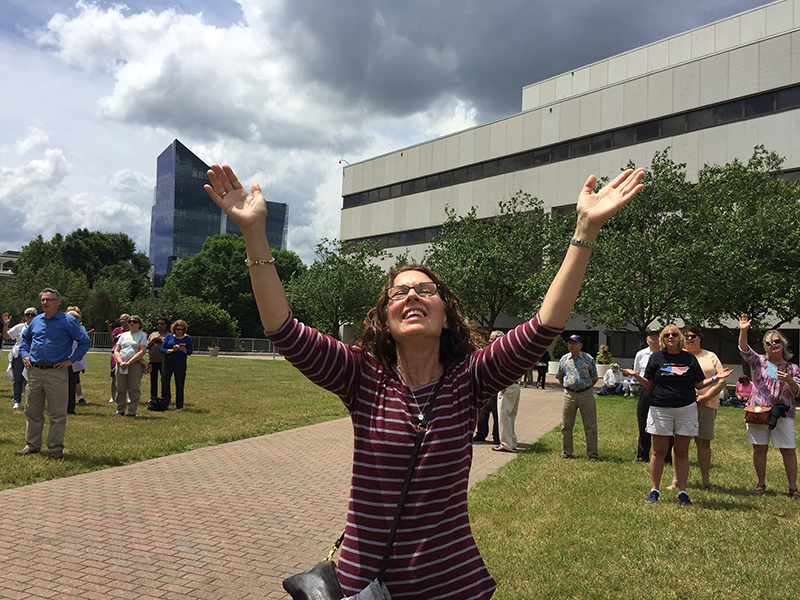 WASHINGTON (RNS) — From Washington to Wyoming, well-known clergy and grass-roots people of faith plan to gather Thursday (May 3) for the annual National Day of Prayer.

In the nation’s capital, the White House is expected to mark the day with a morning ceremony and the National Day of Prayer Task Force is hosting an evening observance at the U.S. Capitol.

In Casper, Wyo., planned events include mothers gathering at restaurants to pray for their children and the nation and a “blessing of the bikers” in a church parking lot near a Hobby Lobby store.

In between, people plan to pray in churches and at courthouses – and, in the case of Ninevah Christian Church in Lawrenceburg, Ky. – both.

“Here at our church, we have a room designated for prayer midnight tonight through midnight the next,” said Katie Butler, the church’s administrative assistant, who added members also intend to head to their county’s courthouse for noontime prayer. “Members of our church sign up for 30-minute prayer slots.”

Task force organizers expect millions to attend some 40,000 events to mark the day that has been observed annually since 1952 according to an act of Congress. In 1988, the law was amended and called for the observance to be held on the first Thursday in May.

At the Capitol on Thursday, Pastor Ronnie Floyd, task force president and former president of the Southern Baptist Convention, plans to interview the pastor of First Baptist Church of Sutherland Springs, Texas, almost six months to the day after a gunman killed more than two dozen people in his congregation.

“I cannot think of another moment more appropriate for America to come together and pray for unity in our nation,” said Floyd when announcing plans for the annual observance. “We need a massive prayer movement that will lead us back to God and bring healing to our land.”

First Baptist Pastor Frank Pomeroy, who is to visit Washington with his wife, Sherri, and other Sutherland Springs church members, has said they are also invited to the White House this week, Texas news outlets reported.

Members of President Trump’s unofficial group of evangelical advisers are expected at the morning and evening Washington events.

But, as has occurred at past White House events, some religious groups, including the National Council of Churches and the Sikh American Legal Defense and Education Fund, say their leaders have not been invited. Officials of the National Hispanic Christian Leadership Conference and the Union of Orthodox Jewish Congregations of America have been invited and plan to attend.