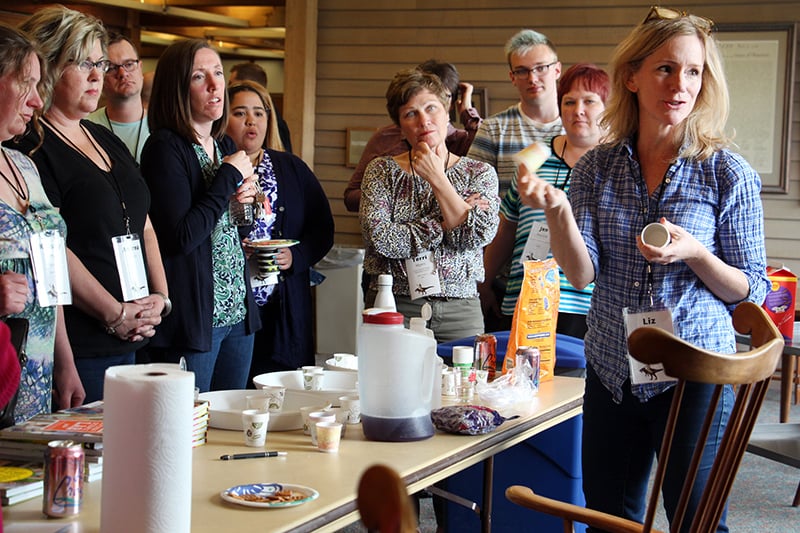 Liz Heinecke, right, demonstrates a science experiment for attendees during the Jesus Rode A Dinosaur conference on May 8, 2018, in Minneapolis. RNS photo by Emily McFarlan Miller

He would drive his youth pastor and Sunday School teachers “insane,” he said, with difficult questions in his quest to reconcile his faith with science.

Eventually, his youth pastor handed him a book, said McHargue, whose questions led him to embrace atheism before he returned to a more progressive Christianity.

But what he needed, said McHargue —  host of “The Liturgists” and “Ask Science Mike,” podcasts — weren’t necessarily answers but a listening ear and an ability to assume a less defensive crouch: “I needed someone to help me lower my guard.”

Getting comfortable with questions was a theme shared by many speakers at “Jesus Rode a Dinosaur and Other Silly Tales,” a youth ministry conference aimed at talking to teenagers about science held earlier this month at Colonial Church of Edina outside Minneapolis.

About 200 people attended the conference, the capstone of a four-year Templeton Foundation grant for Science for Youth Ministry, administered by Luther Seminary in St. Paul, Minn., to get Christian youth leaders to take science more seriously.

It started with a hunch — that youth pastors in America weren’t ready to talk about faith and science with the students in their churches, said the Rev. Tony Jones of Science for Youth Ministry. Focus groups and a nationwide survey of students and youth leaders from a number of Christian denominations — evangelical, mainline and Catholic — back that up: Science raises some big issues for students, he said, “and youth pastors aren’t great at talking about it. 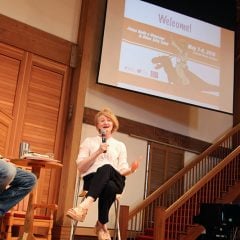 The Rev. Tony Jones, left, and Kirsta Tippett present during the Jesus Rode A Dinosaur conference on May 8, 2018, near Minneapolis. RNS photo by Emily McFarlan Miller 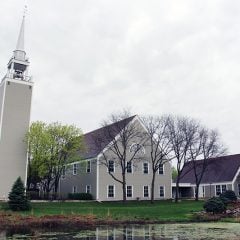 The Colonial Church of Edina hosted the Jesus Rode A Dinosaur conference on May 7-8, 2018, in Edina, Minn., near Minneapolis. RNS photo by Emily McFarlan Miller 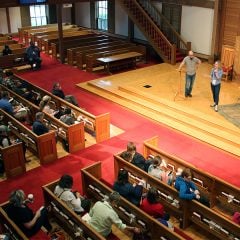 Tony Jones and Liz Heinecke, right, speak during the Jesus Rode A Dinosaur conference near Minneapolis on May 8, 2018. RNS photo by Emily McFarlan Miller 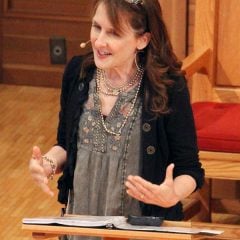 Janet K. Ray speaks during the Jesus Rode A Dinosaur conference on May 8, 2018, in Minneapolis. RNS photo by Emily McFarlan Miller 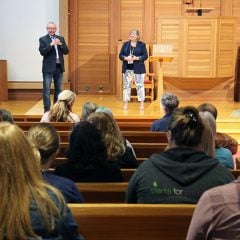 Mark DeVries, left, and Kenda Dean present during the Jesus Rode A Dinosaur conference on May 8, 2018, in Minneapolis. RNS photo by Emily McFarlan Miller Rozella Haydee White speaks during the Jesus Rode A Dinosaur conference on May 8, 2018, in Minneapolis. RNS photo by Emily McFarlan Miller 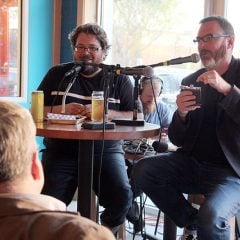 Tripp Fuller, of “Homebrewed Christianity,” left, and Mike McHargue, of “Ask Science Mike,” record a Battle of the Podcasts episode at Wooden Hill Brewing Company on May 7, 2018, in Edina, Minn. RNS photo by Emily McFarlan Miller 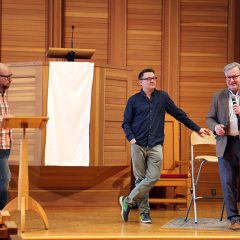 From left, organizers Tony Jones, Andy Root and David Wood present during the Jesus Rode A Dinosaur conference on May 7, 2018, near Minneapolis. RNS photo by Emily McFarlan Miller 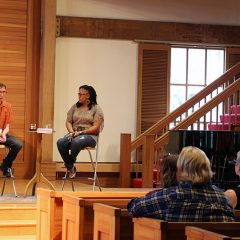 Paul Wallace and Rozella Haydee White speak during the Jesus Rode A Dinosaur conference on May 7, 2018, near Minneapolis. RNS photo by Emily McFarlan Miller

More than half (56 percent) of youth surveyed by Science for Youth Ministry said they “have a lot of questions” about God and science.

Meanwhile, the survey of 761 youth leaders, conducted online and in person in 2014, showed 32 percent don’t address science at all in youth group, and just over half teach one to three lessons about it over the course of a year. Nearly 82 percent said when they do talk about science, they have to prepare their own lessons; about 7 percent said they were satisfied or very satisfied with the resources that have been published.

The youth surveys were sent home with and administered to more than 1,400 students by the youth leaders who took part in Science for Youth Ministry’s focus groups.

It’s important for youth pastors to be able to talk about science, Jones said, because the students are — at school, at the kitchen table, online. If they’re hearing about it everywhere except at church, they’ll get the message those two things don’t go together.

The grant also supported the work of the Science for Youth Ministry team, which included creating a video curriculum for youth groups, speaking at conferences, teaching classes and writing books on subjects related to religion and science.

What Science for Youth Ministry did not want to do was rehash the debate over the theory of evolution and creationism, a belief that the seven days of creation in Genesis are a literal account — which is where the discussion about Christianity and science too often defaults, according to Jones. Even the most conservative of speakers at the conference believed evolution was in no way opposed to Scripture, he said.

Several speakers also explained how they view the relationship between science and religion: They’re not enemies or strangers or even friends, according to Paul Wallace, who teaches physics and astronomy at Agnes Scott College in Decatur, Ga. That assumes they’re equals.

“Science simply does not stand on its own. It requires, it demands us to do what human beings always do, which is to interpret those facts and to put them into a larger context,” he said.

Krista Tippett, host of the popular NPR show “On Being,” shared her experience of growing up Southern Baptist and attending youth group three times a week. In a conversation with Jones, she spoke about millennials looking for mentors who are “walking with them in wisdom rather than telling them what to do” and asking questions they don’t always feel they have permission to ask in church settings.

Addressing technology, Tippett acknowledged computers are better at finding answers than humans are. What makes humans unique, she said, is the ability to ask good questions, and Christianity has not stressed the quality of its questions.

“If God is God and made us the way we are — the askers of questions — God can’t be scared of your questions, whatever they are,” she said.

White encouraged participants to start from a place of asking questions to engage their own faith and the faith of their students, to construct a hypothesis and to test it, mimicking the steps of the scientific method.

After that workshop, Melissa Ackermann, the youth ministry coordinator at First Lutheran Church, an Evangelical Lutheran Church in America congregation in Lake City, Minn., said, “I’m really imagining this shifting my whole ministry and how I deal with high schoolers in particular.”

With a background in science, Ackermann said, she realized her default is to rush to answer students’ questions.

And Douglas Kersten, who works in student ministry at Community Fellowship Church in Lancaster, Pa., said students definitely have questions about science. Kersten has been at the church since October, but in that time, it has solicited anonymous questions from students, and a lot of them “tended toward a science-faith conflict,” he said.

What’s at stake in those conversations, said podcaster McHargue, is Thanksgiving.

“Faith transitions, of which 44 percent of Americans will go through at least one in their life, are tearing families apart and, along with it, dialogue, discourse, civic institutions,” he said.

“Unless we can have informed, civil conversations about faith and science, we can’t hold society together anymore.”

(This story was written as part of a grant supported by the Templeton Foundation.)