CHICAGO (RNS) — When six synods of the Evangelical Lutheran Church in America elected female bishops in May, they set a record for the most women chosen in one year to lead the mainline Protestant denomination’s geographical subdivisions.

Among the six were the denomination’s first African-American female bishops: the Rev. Patricia A. Davenport, elected May 5 to the Southeastern Pennsylvania Synod, and the Rev. Viviane Thomas-Breitfeld, elected the next day to the South-Central Synod of Wisconsin.

And they bring the number of female ELCA bishops from 12 to 16 — 17 counting Presiding Bishop Elizabeth Eaton, who became the denomination’s first female presiding bishop when she was elected in 2013.

The ELCA is the largest Lutheran denomination in the U.S., with about 3.5 million members in 9,300 congregations, grouped into 65 synods.

The bishops-elect, who take office in August and September, also include the Rev. Susan J. Briner, elected to the Southwestern Texas Synod; the Rev. Deborah K. Hutterer of the Grand Canyon Synod; the Rev. Idalia C. Negrón Caamaño of the Caribbean Synod; and the Rev. Laurie Skow-Anderson of the Northwest Synod of Wisconsin.

This month, during New Bishops Formation at the Lutheran Center in Chicago, the bishops-elect gathered for a roundtable discussion with Religion News Service, where they talked about why it’s important to have women in leadership in the church in the #MeToo era, and the challenges Lutheran congregations face in different parts of the United States. The interview has been edited for length and clarity. 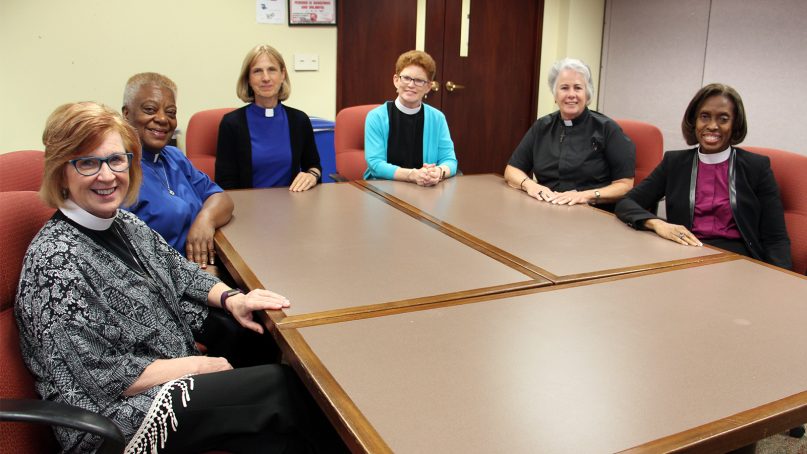 What does it mean in this era of #MeToo and #ChurchToo to increase the number of women in church leadership?

Thomas-Breitfeld: As one of the young people said to me at the youth gathering in Houston, “I can actually stay in this church.” There’s that sense that people who don’t have the same picture — the white guy of a certain age — can be in leadership. That brings a sense of hope to so many, especially those who are younger.

Negrón Caamaño: There is a reality that the people in our pews are mostly women. In Puerto Rico, almost half of the pastors are women.

What are some of the steps the ELCA and your synods are taking to make churches safer for women?

Skow-Anderson: Our church is working on a statement on women and justice. I think that’s one of the really strong parts of our church. We do make public statements about what we believe. 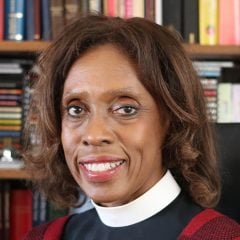 Thomas-Breitfeld: We’ve been working on this for the last six years. This social statement is about gender and justice for women and men, but how we understand ourselves to be the body of Christ is vital. I talk about “the beloved community” a lot. That’s an understanding that God loves me and God loves you and you and you and you. That has implications for how we relate to one another.

There was a time in our church where it was OK for you to be part of the church if you didn’t look like a particular model — very German or very Scandinavian — as long as you became more of that model. But now I think we’ve made a move that says you’re accepted as you are, and that has to do with race, that has to do with gender, that has to do with even sexual orientation. We have made some very concrete steps into saying that God loves God’s people, and God didn’t make mistakes in God’s creation of God’s people.

Hutterer: I think, too, when we’re talking about this, I’m grateful for those women who have come before me …

Hutterer: … and who have paved a way. I think that’s also about the men who have been willing to also offer their words of support.

Thomas-Breitfeld: Allies in the struggle.

Briner: I was talking to my brother bishops in my region because I’ll be the first woman coming in there, and they said, “You know, we will start to behave differently just because you’re here,” so there is a sense in which there’s an awareness that, “Yeah, there are some things that probably we do when we’re all together because it’s just us guys.” That is going to change, and that’s a good thing.

Davenport: I think that’s what the #MeToo movement has done. More people are open to the conversation because of that.

RELATED:  Amid decline, one Lutheran church strives to live up to its namesake’s spirit

You are leading synods everywhere from Wisconsin to the Caribbean. I imagine it looks a little different to be a Lutheran in the different places that you are. 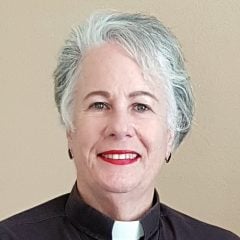 Negrón Caamaño: Completely different from them. Our synod is composed of four islands (Puerto Rico, St. Thomas, St. Croix and St. John). It’s very difficult to go from one place to the other. Even if I don’t go, I have been working with our relationships. We established a school to raise leadership in (the) islands. So we are moving toward leadership there because they felt abandoned.

In Puerto Rico, after the hurricanes, four islands have suffered, and we are working a lot with Lutheran Social Services and Lutheran Disaster Response. It’s been slow because the process of recovery is slow right now.

Thomas-Breitfeld: I’m in central Wisconsin, a more rural synod. Kids don’t want to stay on the farm, so we have a dearth of young people. Many of them have said, “The church isn’t relevant anymore to who we are.” So even in our most rural parishes, we find people working in adjacent communities that are more urban. We are retooling to reach into that community. In our synod, we also have a racial equity team. If we’re going to be the disciples that Christ wants us to be, we have to look at all people as being valuable, and we’re making those strides. 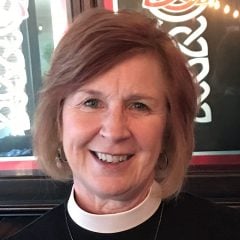 Hutterer: To think about Arizona and Nevada and the corner of Utah — we’re border states, so immigration and separation of families, illegal immigration, these are all issues that impact the southern border. And then you have Las Vegas, which is a different kind of immigration that happens there as people come and go. What we’re really looking at is collaboration, partnership. How do we look to each other to strengthen the ministries that already exist? How do we reach out to our Mexican brothers and sisters and those from Guatemala? The Hispanic population will add a richness to the church that we haven’t quite tapped yet. 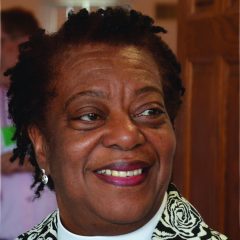 Davenport: Southeastern Pennsylvania Synod is already a great synod, and our mantra is we can do more together than we can alone. Basically, I believe I was elected because I just lifted that up: We can do more, and we can do it together. How do we move from the mentality of “the church is declining, the church is declining,” to building up the kingdom of God? That’s what we’re called to do.

I’ve said this, and I’ll continue to say it until it happens: We are the stone that’s cast upon the water to cause a ripple effect in the ELCA. People get excited about that. Who, us? Yeah, us. 150 congregations can make a big difference. 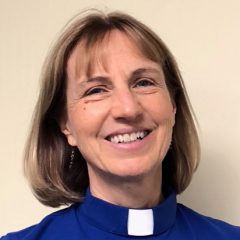 Skow-Anderson: I have the northwest corner of the state of Wisconsin, and we are Lutheran-dense. Our congregations were formed by immigrants from Norway, Sweden, Denmark and Germany in the 1850s, and when they came across, they formed these wonderful language-specific congregations. They’ve kind of forgotten their immigrant roots and become really comfortable in their churches. Some are almost more like museums than they are churches and. some are more like theaters, where they come and perform a beautiful worship service with beautiful music. Some of the congregations that I serve are more like political action committees While all those things are OK, it’s not the purpose of the church.

The real problem is that they think they are a social club, and they get together to be with their friends on Sunday morning and to drink coffee. They don’t know how to be the church in the world on Monday. That’s really what I believe the purpose of the synod is — to help congregations and people in the pews know why they’re there on Monday. It’s not so much about going to church, it’s about being the church.

Briner: (Southwestern Texas Synod) has some of the fastest-growing cities in the entire U.S. along the corridor of San Antonio to Austin and beyond. We have people of all ages moving in, but they’re not generally coming to church. So we have an incredible opportunity there, but a lot of it is thinking about how are we different. We’ve become a really settled people who have become very comfortable with the way we’ve always done things. So trying to figure out, how do we be open to the Spirit and be open to the Spirit’s work? Because I’m telling you what, the Spirit is up to something …

Bishops: Amen. Yes, she is.

Briner: … if we would just let her out.

Bishops: Let her out. Get out of her way.

Briner: Open the doors and let her out.

Bishops: She’s out! She is loose! 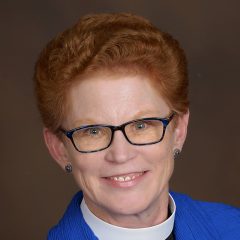 Briner: I see that in all sorts of little ways. As I sit around the table and listen to this, I think, Wow, God, you are up to something. We’re working with a lot with congregations on, how do we cooperate with one another — not to stay alive, because that’s no good, it really is, how do we cooperate together for the sake of mission, for the sake of the world that Jesus loves so that we can be in the communities working with each other?

Because we have a border, we’ve got immigrants and refugees coming across our borders, and we have a number of our congregations that are providing care and concern for them. They’re working with organizations like Lutheran Immigration and Refugee Service and Upbring, which is our local Lutheran social service agency. So we’re looking at all sorts of things in partnership not only with our Lutheran brothers and sisters, but interfaith-wise. I am convinced that God is up to something big right now and that this is about not death but change. God is up to bringing change and growth and newness.

There have been headlines about the rise of the religious left. The ELCA likely would be considered part of that. Are members feeling re-energized? Are you seeing more interest from those outside the church?

Davenport: I love that. This is a path that we’ve always been on. I would say there are more people who are now living into this …

Briner: … embracing it. We’re becoming bolder with our public witness, and I really appreciate that. And it’s not without a cost. If you look at our synods, we have a variety of political persuasions that sit in our pews, and so we recognize every time something like this happens, there’s going to be conversation about it, and it may not always be pleasant conversation.

Thomas-Breitfeld: And we’re reminded that Jesus was political. He wasn’t partisan. God is not a Republican or Democrat or independent. God is God. Jesus called out issues of how the poor, how the widow were being treated. That wasn’t a partisan issue. That was a gospel issue. I think of (Episcopal Bishop) Michael Curry, who is often heard to say when he is preaching, “I’m not preaching politics; I’m preaching Jesus.” I think that we as the ELCA are becoming more comfortable with preaching Jesus. We are in the world. We are church together. And that is vital for us in terms of moving forward.