(RNS) — What is the best way to remember the victims of Charlottesville?

I would suggest it’s going to see Spike Lee’s “BlacKkKlansman,” arguably the best movie you will see this year and perhaps Lee’s best film since 1989’s “Do The Right Thing.”

“BlacKkKlansman” tells the true story of Ron Stallworth, a rookie black policeman in Colorado Springs in the early 1970s, played by John David Washington. On a whim, Stallworth calls the local Ku Klux Klan chapter and pretends to be a racist in order to infiltrate the Klan. His race being an obstacle, he sends his white, Jewish partner, Flip Zimmerman (played by Adam Driver), into the group of miscreants pretending to be him. The results are gripping, devastating and instructive. (Worth the price of admission is Topher Grace playing David Duke. The resemblance is uncanny.)

In today’s political and social climate, this movie is required viewing for everyone, but especially for African Americans and Jews.

Despite the fact that he casually wears a Star of David, Zimmerman doesn’t consider himself to be “very Jewish.” He has been living as a pseudo-WASP, relishing the “skin privileges” that allow him to pass.

And yet, in the eyes of the KKK (as it is for Nazis and other white supremacists), his attenuated Jewish identity doesn’t matter. He is still Jewish and therefore a potential victim.

In his initiation into the KKK, Flip has to swear that he is a white non-Jew. Nevertheless, a KKK member is suspicious. He hooks him up to a lie-detector machine. Flip almost has to submit to an examination of his penis. (In the early 1970s, circumcision was not yet universal for male babies.)

To invoke the motif of this season, the experience comes as nothing short of a shofar blast to Flip. He embraces his once-peripheral Jewish identity. He wants to be more fully aware of his heritage and of Jewish rituals.

There is no other way to say this: Flip becomes woke. “BlacKkKlansman” brought me close to tears for two reasons.

Second, the film is a love song about the intersectionality — the idea that different forms of discrimination intersect, overlap and combine with each other — between blacks and Jews.

American Jews inspire themselves with memories of Abraham Joshua Heschel marching in Selma and “praying with his feet.” We invoke the enormous contributions and sacrifices that Jews made to the civil rights movement: rabbis beaten, synagogues bombed.

When Jews speak of the black-Jewish bond, which lately seems fragile and strained, that’s one thing.

But when the foremost black director in American cinema celebrates that bond, that’s quite another thing.

When the foremost black director in America has Kwame Ture, née Stokely Carmichael, say these words — “If I am not for myself, who will be for me? If I am only for myself, what am I? And if not now, when? And if not me, who?” — that’s quite another thing.

That quote is from Pirkei Avot, the ethical sayings of the ancient Jewish sages. (Check out this new translation and commentary by my friend and teacher Shmuly Yanklowitz, published by the Central Conference of American Rabbis.)

Actually, Spike Lee “jams” on that quote; the last part about “if not me …” is not in the original text, although maybe it should have been.

Why do I say that the black-Jewish bond was the original intersectionality?

I taught a class several years ago at Columbus State University in Georgia. Many of the students were black. The subject was the Hebrew Bible, but we often wandered into other topics. One day, the subject of anti-Semitism came up. Most of the students had no idea such a thing existed.

I told them this: “Anyone who hates you also hates me. Hatred is always a two-fer.”

Hatred usually goes beyond two-fers. As the movie shows, there is often a direct intersectional line connecting the hatred of blacks, Jews, women, gays, Hispanics and … 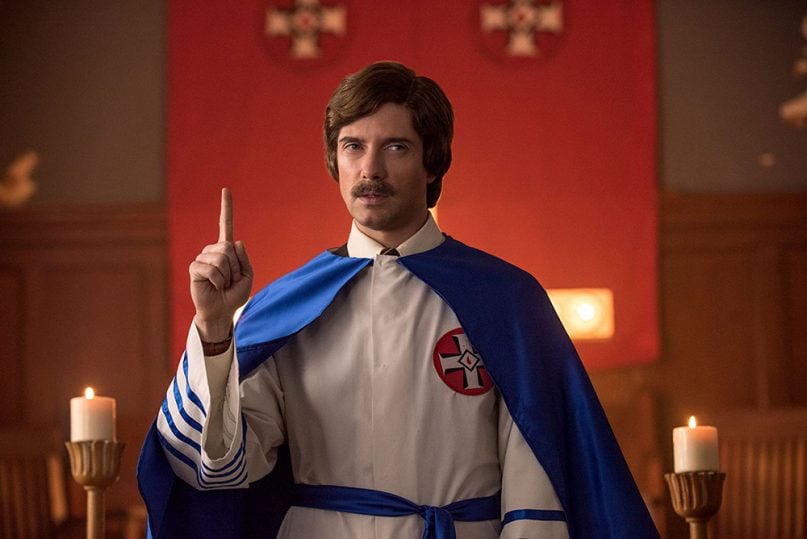 There is another intersectionality in the world of American academics.

Fifty years ago, there were almost no Jewish studies classes on U.S. college campuses.

It is time for American Jews to credit black activists for pushing the ethnic envelope. The liberation of black identity occurred in the mid- to late 1960s, when other American ethnic groups were beginning to question the melting pot idea.

Coincidentally and fortuitously, it all happened in the wake of the 1967 Six-Day War, when many American Jews rediscovered their own Jewish identity.

With this film, Spike Lee has gone beyond a mere cinematic achievement. He has pushed the reset button on the black-Jewish conversation. Perhaps Jewish groups and black groups could screen the movie together and have that conversation.

The movie ends at Charlottesville. In that sense, the timing of the movie’s release, around the one-year anniversary of the white nationalist violence at the Unite the Right demonstration, is auspicious.

Because, yes, it’s still a two-fer. The punks who were chanting “The Jews will not replace us!” not only want a Judenrein America. First and foremost, they want a white America.

It’s time for blacks and Jews to remember that — together.