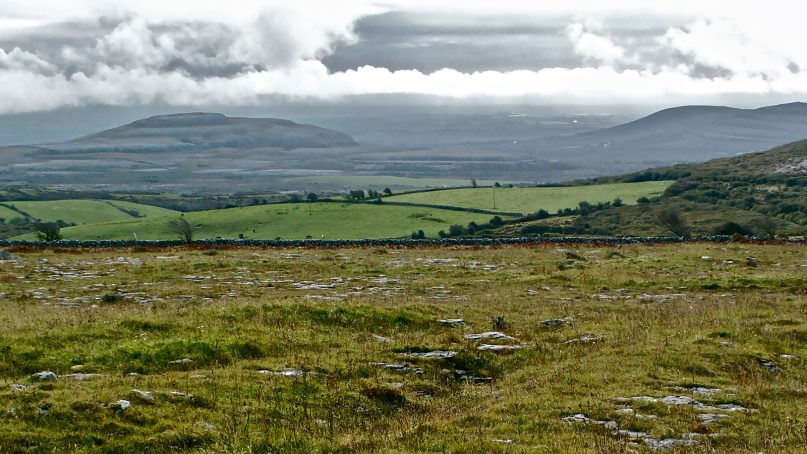 (RNS) — Every year since 2014, Christine Valters Paintner and her husband, John, have led pilgrimages to Celtic Christian sites in Ireland. But those who travel with them shouldn’t expect a tour chock-full of destinations.

Instead, the group sometimes spends an entire day at the hermitage site of St. Colman, a sixth-century monk who is said to have lived in solitude for three years. Pilgrims soak up all they can from the holy well, the cave that Colman called home and the literal and spiritual paths he trod.

Pilgrims “really have time to sink into the places,” said Valters Paintner, author of “The Soul’s Slow Ripening: 12 Celtic Practices for Seeking the Sacred,” to be released by Sorin Books in September. “A lot of the people who come are really seeking a contemplative experience of these sites.” 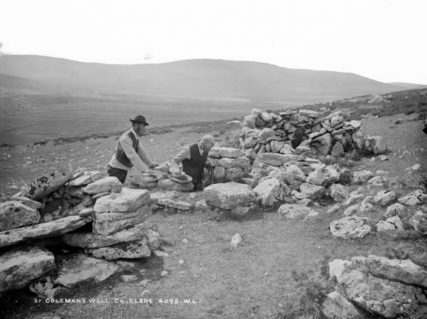 Slowing down and taking in the ancient ways of Celtic Christians might be just what harried Americans crave in order to deepen their spiritual lives and find ancient grounding. That’s the premise of a flurry of books coming out this fall. At least four publishers are venturing into Celtic spirituality with new titles that seek to strike a chord with both Christians and pagan groups. The latter reconstruct pre-Christian Celtic religions built around the notion that spirits exist in living organisms.

“As everything seems to be unraveling, people are looking at trying new formulas for living authentically, so there is a renewed interest in Celtic spirituality,” said Greg Brandenburgh, editor of Carl McColman’s “An Invitation to Celtic Wisdom: A Little Guide to Mystery, Spirit, and Compassion,” to be released in November by Hampton Roads Publishing.

“It’s a big-tent spirituality,” Brandenburgh said, “so it’s something that not only Roman Catholics and mainline Protestants feel comfortable with, but it’s also something that is of interest to the neo-pagans of the world, many of the New Age types.”

Celtic spirituality stems from the pagan Celts, a collection of tribes in Ireland that were converted to Christianity by St. Patrick in the fifth century A.D. The tribes had focused on the seasonal rhythms and connecting with nature. Their rituals influenced Christian practices in Ireland, Wales and Scotland, said Valters Painter.

Part of the appeal today lies in the simple Celtic discipline of listening for the divine in one’s environment. Early Celtic Christians esteemed the biblical figure John the Beloved, who was said to have been still enough to hear the heartbeat of Jesus, according to John Philip Newell, author of “Listening for the Heartbeat of God: A Celtic Spirituality.”

They valued “listening for the beat of the Sacred deep within ourselves, within one another, and within the body of the earth,” says an invitation to a weekend workshop led by Newell in July for the Episcopal Diocese of Rhode Island. “This is the Christianity that emerged in the Celtic world in the earliest centuries. … It moves us to be aware of the Sacred at the heart of every moment.” 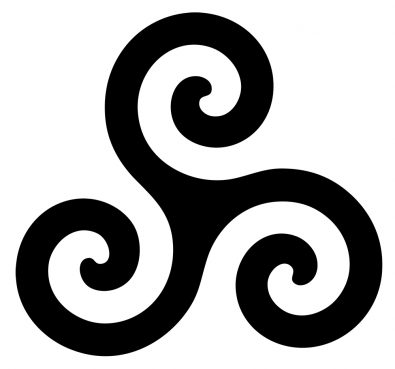 The triple spiral is one of the main symbols of Celtic Reconstructionism. Image courtesy Creative Commons

With a focus on the rhythms of nature, Celtic spirituality resonates in places where people spend a lot of time outdoors. On Meetup, a website for people to connect over similar interests, three of the 10 largest Celtic spirituality groups are in Colorado.

Celtic spirituality attracted Scott Jenkins, a pastor in the Ecumenical Catholic Communion, a community that ordains women and is distinct from Roman Catholicism. Jenkins founded the Church of the Holy Family in Aurora, Colo., and served as its pastor for almost two decades but left after becoming disillusioned with the doctrine of original sin. He believes that God is everywhere and that environmental stewardship is important.

“I think there is an awakening around the country about nature, and I think the institutional Christian church has left a lot of us empty,” Jenkins said. He “began to seek in (my) pilgrimage outside of the (church) and found that God is right there all around us, in nature.”

His organization, the Celtic Way, holds a monthly Eucharist service with about 25 people in a building near a mortuary. They often pray in a columbarium, where ashes of the deceased are kept, and walk around outside the building. Others in his region practice a pagan version of Celtic spirituality through Cró Dreoilín, or Colorado Celtic Reconstructionist Pagans.

Celtic spirituality draws seekers such as Ann Dolbier, a retired physical therapist. She has attended various churches throughout her life but always felt a connection “with a God that is not an institutional God.” She met Jenkins through a mentorship program. She said she finds freedom in the monthly Celtic service, which recently included a stroll in a garden outside the mortuary.

“The other night, we just went out and walked around … and got a sense of what was there — the color, the sounds, the feelings,” said Dolbier. “And then we came in, talked a little about it and then broke bread together” while listening to Celtic music.

Valters Painters said many of the people who go on pilgrimages in Ireland are inspired in part by John O’Donohue, whose 1997 book, “Anam Cara: A Book of Celtic Wisdom,” became a best-seller in multiple countries. O’Donohue died in 2008 at age 52. In November, Crown Publishing Group will come out with a collection of talks by and conversations with O’Donohue, “Walking in Wonder: Eternal Wisdom for a Modern World.” A reconstructed Celtic burial mound near Eberdingen, Germany. Such burials were reserved for the influential and wealthy in Celtic society. Photo by Detlef Meissner/Creative Commons

O’Donohue “introduced the international world to the power of Celtic spirituality and continues to hold the lantern for those of all traditions exploring these numinous pathways,” said Ann Cahill, director of O’Donohue’s literary estate, via email.

Hearing lots of buzz about Celtic culture, Angela Paine pitched a book idea linked to the Celts and to her background in medicinal plant chemistry. “Healing Plants of the Celtic Druids” will be published by Moon Books in December. She relies on the Celtic practice of using celery seed and dandelion roots to bring relief from rheumatism and related joint pain.

“If we don’t live in harmony with our environment, then we cannot be healthy ourselves,” Paine said.

Others agree that Celtic spirituality helps people feel grounded in a faith tradition if institutional religion isn’t part of their lives.

“As we lurch along,” Brandenburgh said, “an approach that allows you to be centered and have a sense of faith is very attractive.”

Religion Hub
What is the Lag BaOmer pilgrimage?
Follow us on Facebook!
Submit your photos to RNS