(RNS) — Anyra Cano Valencia was having dinner with her husband, Carlos, and their family when an urgent knock came at their door.

The Valencias, pastors at Iglesia Bautista Victoria en Cristo in Fort Worth, Texas, opened the door to a desperate, overwhelmed congregant.

The woman and her family had borrowed $300 from a “money store” specializing in short-term, high-interest loans. Unable to repay quickly, they had rolled over the balance while the lender added fees and interest. The woman also took out a loan on the title to the family car and borrowed from other short-term lenders. By the time she came to the Valencias for help, the debt had ballooned to more than $10,000. The car was scheduled to be repossessed, and the woman and her family were in danger of losing their home.

The Valencias and their church were able to help the family save the car and recover, but the incident alerted the pastoral duo to a growing problem: lower-income Americans caught in a never-ending loan cycle. While profits for lenders can be substantial, the toll on families can be devastating.

Now, a number of churches are lobbying local, state and federal officials to limit the reach of such lending operations. In some instances, churches are offering small-dollar loans to members and the community as an alternative.

The opposition is not universal, however: Earlier this year a group of pastors in Florida lobbied state lawmakers to allow one payday loan firm, Amscot, to expand operations.

An estimated 12 million Americans each year borrow money from stores offering “payday loans,” billed as a cash advance to tide workers over until their next paycheck. The vast majority of borrowers, research compiled by finder.com states, are 25 to 49 years old and earn less than $40,000 a year. 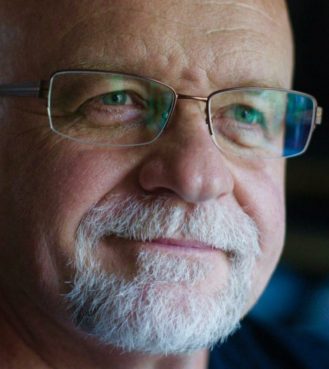 The promise of quick cash may seem appealing, but people living paycheck to paycheck are often unable to repay quickly. In Garland, Texas, northeast of Dallas, Pastor Keith Stewart of Springcreek Church said one-third of the people coming to his congregation for assistance cited payday loans as a problem in their lives.

The lenders, Stewart said, “set up a credit trap and keep people in perpetual payments.” He said he was frustrated to have his church help people with food or rent, only to leave them as prey for the lenders.

And for Frederick Douglass Haynes III, who pastors the 12,000-member Friendship-West Baptist Church in Dallas, the trigger was seeing a local plant nursery replaced by a “money store” offering payday loans. That was followed by a similar conversion of a nearby restaurant and the transformation of a bank branch into a car title loan store, he said.

“In our community alone, a five-mile radius, you had 20 to 25 payday loan and/or car title loan stores,” Haynes recalled.

Another surprise came when he saw the interest rates the lenders charged. “The highest I’ve seen is 900 percent; lowest is 300 percent” per year, he said. Officially, state usury laws generally limit the amount of interest that can be charged, but loopholes and fees push the effective interest rate much higher.

For Haynes and Stewart, part of the answer was clear: Local officials needed to place limits on the lenders. In Garland, Stewart and 50 members of the 2,000-member Springcreek congregation testified at a City Council hearing, after which Garland officials restricted what lenders could charge and how they could renew loans.

The payday lenders quickly left for other communities, Stewart said, but activism by him and others succeeded in having those communities regulate the lenders as well.

In Dallas, Haynes said he was struck when those caught in the payday loan situation asked, “What alternatives do we have?”

“It’s one thing to curse the darkness and another to light a candle,” Haynes said. “I was doing a great job of cursing the darkness, but there were no candles to light.”

The Friendship-West pastor then learned of the Nobel Prize-winning work of Muhammad Yunus, whose microloan concept helped millions in Bangladesh. Haynes became convinced the church needed a microloan fund to help those in need.

The church now operates Faith Cooperative Federal Credit Union, which offers checking and savings accounts as well as auto, mortgage and personal loans. Among the personal loans are small-dollar loans designed to replace those offered by payday lenders, Haynes said. 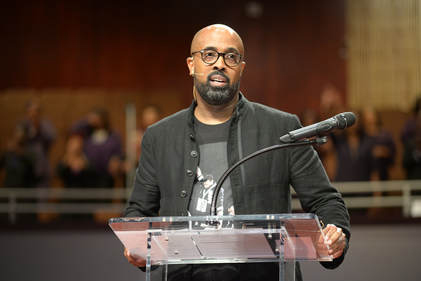 Interest rates on the small-dollar loans range from 15 percent to 19 percent, depending on a borrower’s credit standing, he said. While higher than, say, a home equity credit line, the rates are a fraction of those charged by the money stores.

“We’ve given out over $50,000 in small-dollar loans, and the rate of customers who pay back their loans in full is 95 percent,” Haynes said. “We’re demonstrating that people just need a chance without being exploited. If they’re given a chance, they’ll be responsible.”

Haynes said the credit union has helped members of his church beyond those needing a short-term loan.

“We’ve had persons caught in the debt trap set free because they have access to this alternative,” he said. “Then they open up accounts and get on the path toward not only financial freedom but also financial empowerment. The energy our church has invested in the credit union has been a blessing, and the credit union has been a blessing, because so many people have benefited.”

Churches in other communities are taking up the idea of providing resources to those in need. At La Salle Street Church in Chicago, senior pastor Laura Truax said the group has dedicated $100,000 to a fund for small-dollar loans. So far, the group has made nine such loans and wants to expand its work.

“You’ve got to keep pushing,” Reyes said. “There’s a lot of money behind (payday lending), because it generates income” for the lenders.

“But it takes advantage of those who are marginalized. And so, because we have a heart for those folks, that’s an important issue for us.” 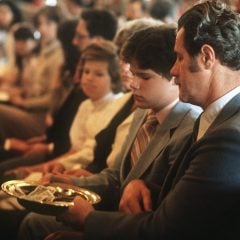 Home Top Three
Will COVID-19 finally be the end of the church collection plate?