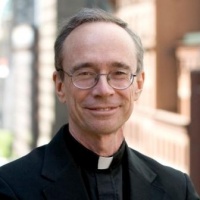 For 2018, I predicted that “This is the year the Catholic Church will get serious about discussing the possibility of married priests.” I guess I was a year too early in making my prediction. I fear that 2018 was all about the sexual abuse crisis in the Catholic Church.

But the problem of a shortage of priests around the world has not gone away; it simply got worse. There are not enough priests to provide the sacraments, celebrate Mass or give pastoral care to the Catholic people. So for 2019, I am repeating my prediction for the same reasons I gave last year.

When asked by bishops for married priests, Pope Francis has told them to go back to their countries and get the bishops’ conference to request it and he will consider it. In October 2019, there will be a synod for the Amazon, where bishops are desperate for priests. There is a good chance this synod will ask for married priests. At least, the debate will begin. Pope Francis is not afraid of such a debate.

The celibacy requirement for Catholic priests is a matter of church law, not doctrine, and can be changed. In fact, for about the first 1,000 years of its existence the church had married priests. Eastern churches, like the Ukrainian Catholic Church, in union with Rome have a married clergy. Some Protestant ministers who have become Catholic have also been allowed to be ordained priests even though they were married. If change occurs, it will probably begin for areas of the world, like the Amazon, that request it. But once the door is opened, it will spread rapidly.

Reese, a Jesuit priest, is a senior analyst at RNS and writes its “Signs of the Times” column.

Opinion
Simran Jeet Singh: American Sikhs will begin to conquer the skeletons in their closet
Evangelical
The Rev. David Gushee: Get ready for a new, post-white evangelicalism
Opinion
John Gehring: Power to the Catholic laypeople
Follow us on Facebook!
Submit your photos to RNS